'The politics and practice of the SWP negate its claim to be revolutionary'. Have Trotwatch nailed the Leninists?

Why the SWP dumped the 'downturn' in a 'dash for growth'

"Many people find a critique of Bolshevism boring. Unfortunately even one's uninteresting enemies can be powerful."- Call It Sleep.

Carry on Recruiting! is certainly not boring. The irreverent manner in which it catalogues the SWP's regular changes in line and the tortuous arguments used to justify them is undoubtedly its strength. Trotskyism still has far more credibility amongst would-be rebels in the UK than anywhere else, and needs therefore to be subjected to repeated criticism. But we need not take the Trots too seriously, as if another Krondstadt were threatening. After all, ideas which have hardly developed since the demise of the classical workers movement are unlikely to have much resonance in a modern revolutionary upheaval, for all the students that get taken in in the meantime.

Trotwatch wickedly take the piss out of the SWP's abandonment of their 'downturn' theory in October '92. As they point out, the SWP clung vehemently to the theory in the face of the '81 inner-city riots and the '84/'85 miners strike only to argue that the 'upturn' had arrived when faced with the back bench rebellion over the pit closures programme and a fifty year record low in the level of strike activity. Similar treatment is meted out to the SWP's about turn on Poll Tax non-payment and the meaning and significance of the Trafalgar Square riot.

Throughout this, plus a section looking at the SWP's contradictory positions on the '74-'79 Labour government, the underlying aim of the pamphlet is "to examine the reality of the SWP's 'critique' of the labour movement and the bureaucrats that run it. It goes on to question the SWP's understanding of what constitutes a 'genuinely independent' working class movement. In doing so, it uncovers an organisation whose politics and practice negate its claim to be revolutionary."

Trotwatch's commitment to working class autonomy and emphasis on self activity underpins the piss-taking. But merely allowing this perspective to inform its jokes about the SWP's opportunistic inconsistencies is obviously insufficient - a point Trotwatch acknowledge in the final section 'What's wrong with the SWP'.

Following on as it does from a long catalogue of details this section is crucial; tying the ends together with a stinging critique of Leninism as the knock-out blow. Unfortunately Trotwatch don't quite manage it. Because of the SWP's eagerness to recruit anyone with vague anti-Tory sentiments, it is argued, the party must be structured to ensure that the Central Committee maintain a tight grip over the organisation. Generalising their critique, they state:

"In reality, a Leninist party simply reproduces and institutionalises existing capitalist power relations inside a supposedly 'revolutionary' organisation: between leaders and led; order givers and order takers; between specialists and acquiescent and largely powerless party workers. And that elitist power relationship is extended to include the relationship between the party and the class."

The attack on hierarchical organisational forms is obviously a necessary component of the critique of Leninism, but is insufficient in itself. This line of argument is reminiscent of that of libertarian socialists who accuse the Leninists of employing the wrong means (the party) for the right end (socialism). And whilst it would be wrong to accuse Trotwatch of being wishy washy liberals their critique relies heavily on a paper produced by dissidents within Southampton SWP which simply complains that the party isn't democratic enough.

A thorough critique of Leninism requires a critique of representation and democracy. The advocacy of democratic-centralist 'Revolutionary Party' must be shown to arise from the fact that their programme is the capture of state power in order to abolish the 'anarchy of the market'. Not the abolition of work but a planned reorganisation of work. Not the destruction of alien 'productive forces' but their liberation from fetters. Leninists have an objectivist critique of capitalism, which is why they can't grasp its real negation. In other words a critique of Leninism must address the fact that Leninists are not communists; they have not broken sufficiently with Second International orthodoxy, which is why their relationship with Labourism appears contradictory. One cannot abolish alienation with alienated means, but we cannot just attack their 'means' without distinguishing our 'ends' from theirs.

Trotwatch's 'negative, critical and destructive' publications provide handy ammunition for arguments with Trots, sparing the rest of us the trouble of reading their banal papers and turgid magazines. And they make no claim to provide a complete or definitive critique of Leninism or even the SWP in particular. But partial critiques provide fertile ground for the forces of recuperation. We don't need better organisations to deliver socialism- we need to organise our emancipation from all forms of alienation.

"Bolshevism will remain formidable as long as it can maintain its monopoly on the interpretation of revolution."- Call It Sleep 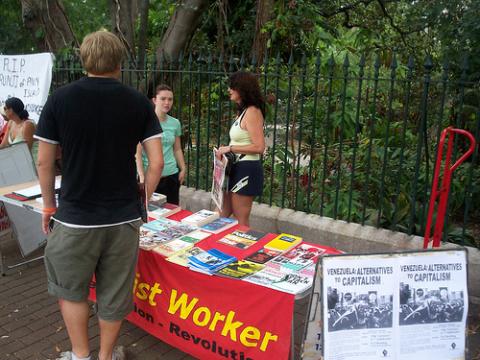 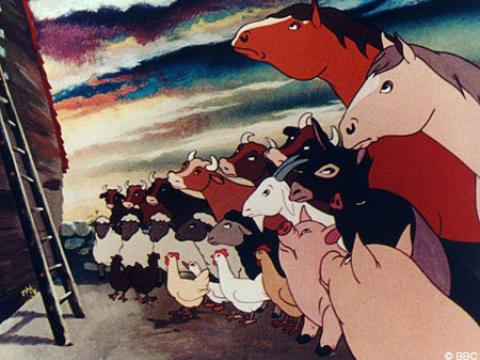 Selected reading on cultlike behaviour of left-wing parties in the UK.
Image 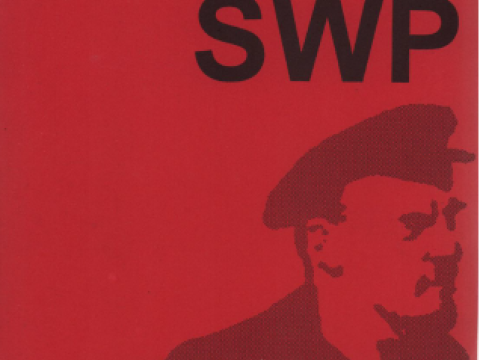 We do not agree with their politics but reproduce this for reference.
Image 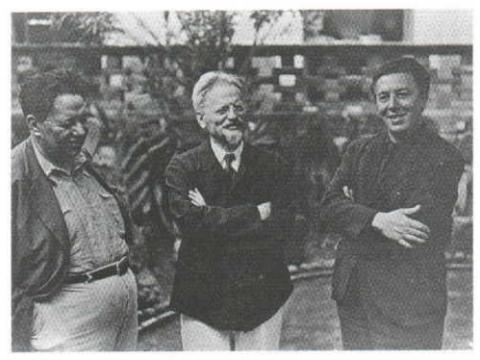 What was the USSR? Part I: Trotsky and state capitalism