The end of confrontation: A step back - Iban

A reflective article on recent anti-capitalist protests against the European summits in Spain from Black Flag in 2002.

The campaign "Against the Europe of the Capital" was a network of activist groups, indymedia, and actions against the European summits in Spain during the Spanish presidency of the EU from January to June 2002. The most important summits were Barcelona, Madrid and Sevilla.

However the campaign appears to have been a step back for the anti-capitalist movement after Prague and Genoa. Reformism, a lack of direct action, failure to use blockades and a lot of police were some reasons for this retreat.

Barcelona saw a record 500,000 demonstrators, Madrid and Seville were not bad, with around 150,000 people. But these demonstrations consisted in the main of a short walk, a civic protest, a far cry from anything approaching direct action, blockades or even a tantrum.

It was easy for the mainstream media to portray a picture of responsible citizens asking for a bigger piece of cake, and to hide the real confrontations that happened (in Barcelona). After Barcelona, the official media's satisfaction with the anti-summit protests was evident and when the media are pleased, this should ring alarm bells for us.

A few months later, in Seville, even a sub-delegate of the government said that the demonstration was successful. The state got what they wanted from the media - coverage of the official summits, and a few pages set aside for their friends in the social forums - the existence of any dissident movement was ignored.

In the battlefield, fear triumphed. Media manipulation against the black bloc resulted in some demonstrators, mostly the organisers of the social forums, forming a second police force with their own security bodies. In Seville, some demonstrators said that they were scared of the hooded black shadows moving in the demonstrations, but what about the blue gorilla aiming rubber bullets at our heads?

The repression against the dissident activists was brutal, before and during the summits. In Seville, the numbers of secret police, the infiltrations, the hounding of the social centres, the physical and psychological aggression, the provocateurs, and the constant police control made things very hard work for the activists.

What happened to confrontation?

There was little or no confrontation in the anti-summit actions. The anti-black bloc hysteria made it impossible for the rioters in Barcelona be close to the other demonstrations. The black bloc action, so called "Mars Attack: Los ricos tambien lloran", had pretty big support, but they made the tactical error of advertising the action and the police had no problem splitting the bloc up and making arrests. On the another hand, in Madrid and Seville, direct action had very little support, the tiny number of activists and the big number of police made it impossible to do anything interesting.

The lack of interest in direct action during these events is no mystery. The social forums' leadership consists mostly of reformist organisations, who misrepresent the movement in the mainstream media, and attract the masses because there is little other choice in Spain.

Confrontation is not on the agenda of groups that collaborate openly with the system (from the big unions to Oxfam, Attac or the institutional left parties). In fact their traditional vision of political action is a peaceful demonstration, walk around and a photoshoot in front of an institutional building.

On the another hand there aren't any organisations or movements in Spain trying to form new theories or protest strategies as there were during previous anti-summit demonstrations in other countries. The small anti-capitalist groups (anarchist and Leninist) and the anarcho-syndicalist or anti-capitalist unions (SOC, CGT or CNT) have their own and old ways of fighting, and most of them are not really interested in the movement.

Finally, there was a lack of interest from groups outside of Spain to help organise blockades etc. It felt as if, after Barcelona, anti-capitalist groups lost interest in fighting the summits. In Madrid the dissident block had to split because they weren't strong enough to carry out their action, in Seville the anarchist co-ordination was isolated, marginalised and completely surrounded by the police.

Maybe the time for big anti-summit demos is over. Capital spoke very clearly in Genoa, they're not going to let us continue. This is probably a good time to look for new ways of fighting, using our experience of the past couple of years. The anti-summit demos are turning into advertising campaigns for political parties, NGOs and political sects. It’s probably not worth fighting the reformists for a strategy that is already finished. It is time to look for new ways and alternatives. 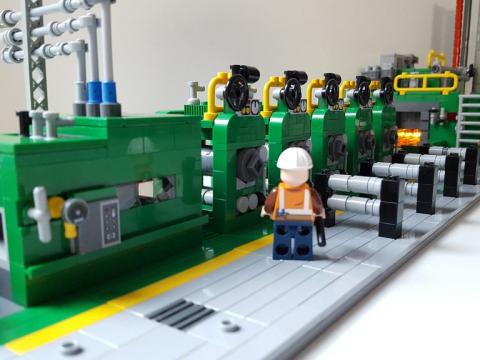 Article from Black Flag #219 (2000) which draws on classical anarchists including Proudhon, Kropotkin and Bakunin as well as modern economist…
Image 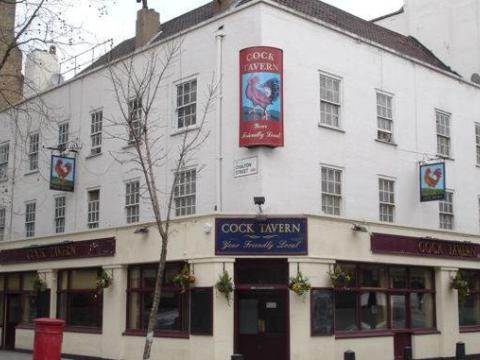 Seven anti-fascists were arrested on 28 November 2000 as the National Front failed in their attempt to close down a pub in North London. Article…
Image 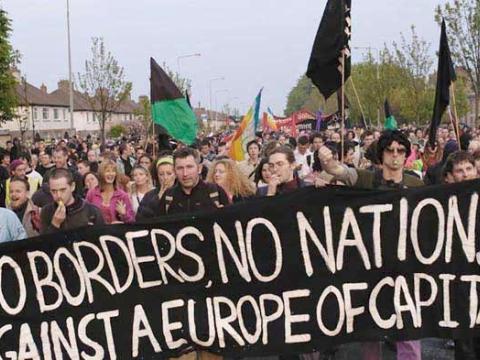 Colombian military personnel have invaded the traditional homeland of the U'wa people to make way for the drilling plants of oil giant Occidental. From Black Flag magazine #219, 2000.