I have listened attentively to everything that has been said before me on the problem of organization and I have the distinct impression that what separates us is the different meaning we give words. Let us not squabble over words. But as far as the basic problem is concerned, I am convinced that we are in total agreement.

All anarchists, whatever tendency they belong to, are individualists in some way or other. But the opposite is not true; not by any means. The individualists are thus divided into two distinct categories: one which claims the right to full development for all human individuality, their own and that of others; the other which only thinks about its own individuality and has absolutely no hesitation in sacrificing the individuality of others. The Tsar of all the Russias belongs to the latter category of individualists. We belong to the former.

Ibsen writes that the most powerful man in the world is the one who is most alone! Absolutely absurd! Doctor Stockmann himself, whom Ibsen has pronounce this maxim, was not even isolated in the full sense of the word; he lived in a constituted society, not on Robinson Crusoe’s island. Man “alone” cannot carry out even the smallest useful, productive task; and if someone needs a master above him it is exactly the man who lives in isolation. That which frees the individual, that which allows him to develop all his faculties, is not solitude, but association.

In order to be able to carry out work that is really useful, co-operation is indispensable, today more than ever. Without doubt, the association must allow its individual members full autonomy and the federation must respect this same autonomy for its groups. We are careful not to believe that the lack of organization is a guarantee of freedom. Everything goes to show that it is not.

An example: there are certain French newspapers whose pages are closed to all those whose ideas, style or simply person have the misfortune to be unwelcome in the eyes of the editors. The result is: the editors are invested with a personal power which limits the freedom of opinion and expression of comrades. The situation would be different if these newspapers belonged to all, instead of being the personal property of this or that individual: then all opinions could be freely debated.

There is much talk of authority, of authoritarianism. But we should be clear what we are speaking of here. We protest with all our heart against the authority embodied in the State, whose only purpose is to maintain the economic slavery within society, and we will never cease to rebel against it. But there does exist a simply moral authority that arises out of experience, intelligence and talent, and despite being anarchists there is no one among us who does not respect this authority.

For me, I repeat, the dispute between individualists and organizers is a simple dispute over words, which does not hold up to careful examination of the facts. In the practical reality, what do we see? That the individualists are at times “organizers” for the reason that the latter too often limit themselves to preaching organization without practicing it. On the other hand, one can come across much more effective authoritarianism in those groups who noisily proclaim the “absolute freedom of the individual”, than in those that are commonly considered authoritarian because they have a bureau and take decisions.

In other words, everyone organizes themselves — organizers and anti-organizers. Only those who do little or nothing can live in isolation, contemplating. This is the truth; why not recognize it.

If proof be needed of what I say: in Italy all the comrades who are currently active in the struggle refer to my name, both the “individualists” and the “organizers”, and I believe that they are all right, as whatever their reciprocal differences may be, they all practice collective action nonetheless.

Enough of these verbal disputes; let us stick to action! Words divide and actions unite. It is time for all of us to work together in order to exert an effective influence on social events. It pains me to think that in order to free one of our own people from the clutches of the hangman it was necessary for us to turn to other parties instead of our own. Ferrer would not then owe his freedom to masons and bourgeois free thinkers if the anarchists, gathered together in a powerful and feared International, had been able to conduct themselves the worldwide protest against the criminal infamy of the Spanish government.

Let us ensure that the Anarchist International finally becomes a reality. To enable us to appeal quickly to all our comrades, to struggle against the reaction and to act, when the time is right, with revolutionary initiative, there must be an International! 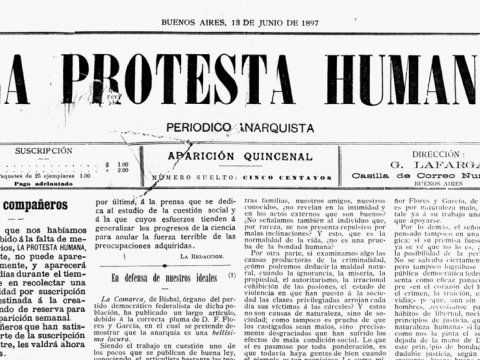 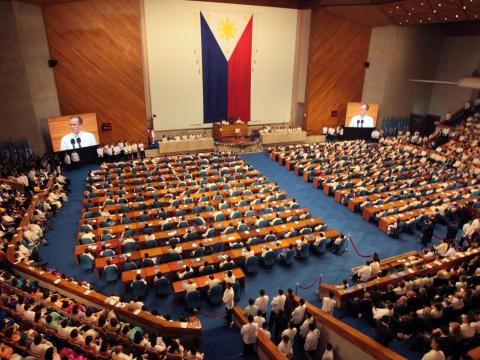 An excerpt from Errico Malatesta's "Anarchy" translated into Filipino. 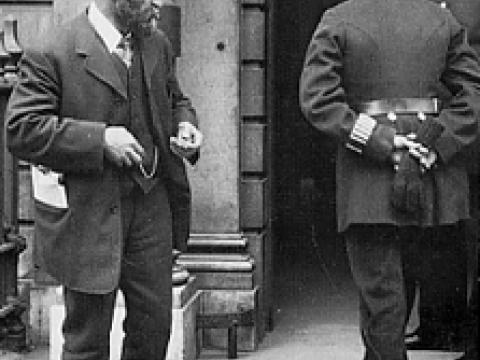 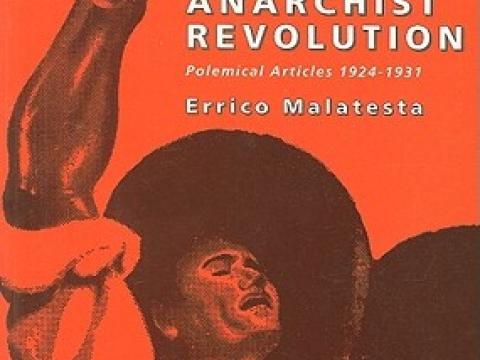