Aufheben review "Fascism/Anti-Fascism" and ask does antifascism necessarily entail supporting one face of the state against another?

This text first appeared in 1979 as part of an introduction to a collection of writings by Italian left communists (Bordigans) on the Spanish Civil War.

Although not recent, the pamphlet is being reviewed here as it concerns a contemporary issue: the relation of antifascism to the class struggle. Half the text is taken up with historical examples (Italy, Germany, Chile, Portugal, Spain, Russia, the Paris Commune, Mexico). Space does not allow discussion of these cases here. Instead, the focus will be on the general argument put forward by Barrot.

The translator's introduction sums up the argument's weaknesses (which, it is suggested, are the weaknesses of Left communism itself) as follows: dogmatic Marxism, positivist economics, obsolete class analyses and contempt for the working class. It is the last of these which is the most important limitation of Barrot's case. The strength of his case, however, is its clear-sighted and consistently uncompromising attack on the state, "an instrument of class domination", which most leftists still propose to treat as neutral and thus to "use". This theme saturates Barrot's argument.

Barrot's thesis is very simple; it is that struggling against fascism (in particular) necessarily entails supporting democracy, that capitalism will necessarily remain intact if antifascists support one of its forms against another. All manifestations of antifascism ultimately strengthen the democratic state at the expense of the class struggle; thus both fascism and its nemesis antifascism lead to totalitarianism (the strong state) not communism. Dictatorship, says Barrot, is not a weapon of capital but a tendency of capital.

But while criticizing antifascists for allegedly supporting democracy, Barrot also asks: "do we have a CHOICE? Democracy will transform itself into dictatorship as soon as is necessary ... The political forms which capital gives itself do not depend on the action of the working class any more than they depend on the intentions of the bourgeoisie." (p. 8).

Barrot is clearly emphasizing the logic of the capitalist state at the expense of the counter-logic of the proletariat. The picture he paints is of a highly successful capitalist state continually beating the working class to the first punch so that the latter are often duped ultimately into supporting rather than overthrowing the state. Given this, it is no wonder that many of the struggles the working class engage in (such as the fight against fascism) are at best futile and at worst counterproductive; the working class themselves may merely be contributing to the state's tendency to totalitarianism.

But if we abandon the assumptions, first, that it is the state (capital) that always moves first (with the proletariat as hapless respondants), and, second, that antifascism is a homogeneous phenomenon that, by its very nature, takes the side of the democratic state, we get quite a different picture of this particular arena of struggle. Before exploring alternative perspectives on antifascism, however, it is only fair to measure Barrot's account against current antifascist groups.

For example, the Bennite view (which partly informs the ethos of the Anti-Nazi League) is that "we" (on the left, broadly conceived) should forget our differences and concentrate on fighting the fascists (implicitly: we should unite around the lowest common denominator and vote Labour). This argument is based in part on the claim that the reason for the rise of Hitler was that the KPD and SPD (social democrats and communists) were fighting each other instead of the fascists. But Barrot points out that the left wing forces (fighting each other) were not defeated by the Nazis; rather, the proletarian defeat had already taken place when the fascist repression occurred; the revolutionaries were defeated not by fascism but by democracy. The Anti-Nazi League are also criticized (by the Revolutionary Communist Party, for example) for trying to build a mass movement around the issue of Nazis and fascists, when it is the (non-fascist and anti-Nazi) racists in power who are the main problem for (the non-white) working class of Britain. The word "Nazi" is emotive, so it is easy for people to agree to oppose "Nazism" while they may continue to condone racism and patriotism. Similarly, at a recent anti-fascist/anti-Nazi public meeting, I was dismayed to hear a speaker from Anti-Fascist Action criticize fascists on the grounds that they did not really support "our" country (implying that patriotism - supporting "our" bourgeoisie - is desirable).

In these examples we can see how Barrot has pointed accurately to problems of typical antifascist positions; there is a clear tendency to oppose fascism on the grounds that it is undemocratic and a threat to "our" country. In such cases we are in effect, as Barrot says, being asked to rally to the support of one manifestation of the state against another. A classic example is the case of the Spanish Civil War, in which the anarchist strategy for fighting fascism was to join forces with the republican government.

However, it is not enough to dismiss all the various contemporary antifascist manifestations on these grounds alone. The point is that many people become involved in antifascism not to support democracy but simply because they recognize the need to organize specifically against the BNP and similar groups who intimidate minorities, and against racist attacks in general. The issue of racism is not addressed by Barrot in this pamphlet. In his defence, it is worth stating that fascism and racism are by no means synonymous (conceptually or historically); racism is simply a contingent tool of fascism and other forms of capitalism. But racism is most people's experience of present day neo-fascism; fascism has almost become a theoretical justification for racism in many cases.

Barrot's argument is directed at those who are exclusively fighting fascism; but he also refers to struggles in Italy that were antifascist without being "specifically antifascist: to struggle against Capital meant to struggle against fascism as well as against parliamentary democracy." (p. 13). In other words, not all antifascist activity entails supporting democracy. The knub of the argument is this, however: the state transforms itself to suit capital, thus "[t]he proletariat will destroy totalitarianism [including fascism] only by destroying democracy and all political forms at the same time." (p. 17). Barrot presents us with a sharp dichotomy in which anything less than his pre-defined programme for revolution (the attack on wage labour) is worse than useless. While we would of course endorse an all-out attack on wage labour, and while we reserve the right to criticize the recent wave of antifascist groups, it is a necessary part of our support for one class against the other that we confront all forces which attempt to divide us along lines of "race", nationality etc. Barrot's pamphlet is important in that it warns us against the dangers of involvement in popular fronts; but it should not be taken as providing a theoretical justification for ignoring the concrete problems which affect particular sections of our class.

"A classic example is the case of the Spanish Civil War, in which the anarchist strategy for fighting fascism was to join forces with the republican government."

Yup, this was the sole strategy of the anarchist movement in Spain. There were no disagreements, debates, or discussions about war, revolution, joining the government, and what to do next after the initial uprising against Franco. Durruti, the FOD, the May Days, and the Bajo Llobregat labor council never existed...

Seriously though, I don't get how non-Leninist Marxist groups like Aufheben can get away with making such huge, sweeping generalizations about anarchism.

Seriously though, I don't get how non-Leninist Marxist groups like Aufheben can get away with making such huge, sweeping generalizations about anarchism.

I propose an alternative theory: they (rightly) don't give a monkeys' either about "anarchism" or "Marxism" in general ('the horror, the horror!'), and pay attention only to the actual acts of the proletariat, thus getting to the nitty-gritty and bypassing political bullshit. By the way, Durruti is a rather poor choice of champion for this particular cause, as you ought to know. Poor little isms… so easily offended, especially those with an 'immaculate' track record (ha, ha) 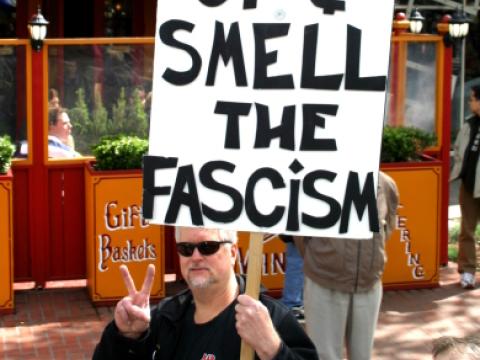 'Jean Barrot' responds to our review of his influential text Fascism/Anti-fascism: 'The proletariat is not weak because it's divided: its… 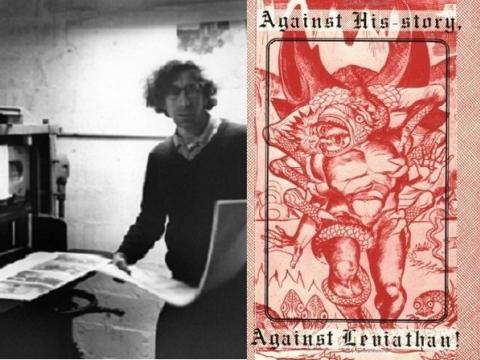 Review: Against His-story, Against Leviathan

Aufheben critically review Fredy Perlman's Against His-story, against Leviathan, and critique the ideology of primitivism it has influenced. 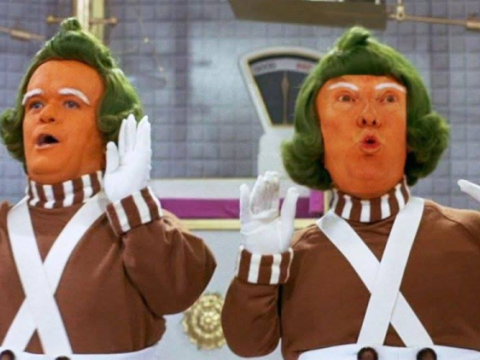