Flowers to the rebels failed ?

JAMES JOLL’S NEW HISTORY OF ANARCHISM will inevitably be compared with George Woodcock’s (which was reviewed in ANARCHY 28 last year). and will inevitably suffer from such a comparison. To put it bluntly, no one should pay 35s. for Joll as well as (or instead of) 7s. 6d. for Woodcock. Joll may be clothbound, while Woodcock is a paperback, and Joll may have ten pictures; but Joll is actually shorter than Woodcock, and, more important, worse.

In a brief Introduction, Joll justifies his own book by rejecting the “historian’s cult of success” and insisting that “the study of failure can often by as instructive and rewarding as the study of success.” Anarchism, we are to understand, is a “recurrent type of failure”, for the anarchists have “never made a successful revolution”. Nevertheless, we are glad to hear, the anarchists “have provided a continuous and fundamental criticism of the modern concept of the state, and have challenged the assumptions of nearly all schools of contemporary political thought”; and “the protests which the anarchist movement has made express a recurrent psychological need, and one which has by no means disappeared with the apparent failure of anarchism as a serious political force.” There is more generalised and over-simplified discussion of this kind. The anarchist movement, we are told, is “a product of the nineteenth century”, and is “in part at least the result of the impact of machines and industry on a peasant or artisan society.” Joll lays great stress on the paradoxes of anarchism. “Anarchism is both a religious faith and a rational philosophy; and many of its anomalies. are the product of the clash between the two, and of the tensions between the different kinds of temperament which they represent.” The best way to judge this chapter is to compare it with Woodcock’s Prologue.

The rest of Joll’s book is divided into three sections. Part One deals with the prehistory of anarchism. The first chapter—“Heresy and Reason”—describes the double origin of the anarchist movement in the extreme religious sects of the late Middle Ages and the Reformation, and in the rationalists of the eighteenth century Enlightenment. Unfortunately, Joll has chosen bad examples of both. His view of the sects is based on Professor Cohn’s book The Pursuit of the Millennium, and therefore emphasises the most violent and authoritarian groups and leaders—such as the Cathari (or Albigenses) and the German Anabaptists, Thomas Munzer and John of Leyden—when it would have been better to discuss, for example, the Swiss Anabaptists, and the Diggers, La Boétie and Winstanley. Then Joll’s account of the rationalists is for some reason dominated by Rousseau, who looks very uncomfortable in the place where Paine should have been; and if Joll insists on discussing Rousseau’s ideas in a book on anarchism, he might at least have got them right—Rousseau was more interested in the corporate state and the general will than in the rights of the individual, and to quote Rousseau’s famous phrase “Man was born free and is everywhere in chains” as an anarchist motto is to distort Rousseau’s intention of justifying such a state of affairs! The chapter ends with a satisfactory discussion of Godwin, though here Joll could hardly have hoped to compete with Woodcock (and it is news that Shelley was “one of Godwin’s first disciples”).

The second chapter—“The Myth of the Revolution”—describes the beginnings of the anarchist movement during and after the French Revolution. Unfortunately, Joll has chosen more bad examples. The Enragés rightly appear, but what are Marat, Babeuf and Buonarotti doing here? Fourier deserves detailed attention in a book on anarchism, but Saint-Simon? And Weitling needs more care than Joll is prepared to give. The trouble in this chapter is that Joll’s view of the early nineteenth century revolutionaries is based on Professor Talmon’s book The Origins of Totalitarian Democracy, and therefore again emphasises the most violent and authoritarian figures. In general, this section of the book is highly misleading, since it deals with the prehistory of socialism rather than anarchism. One begins to wonder if Joll really knows the difference.

Part Two deals with the two great founders of the modern anarchist movement, Proudhon and Bakunin, and their quarrel with the authoritarian socialists headed by Marx. This section of the book is more satisfactory, though it is pedestrian and again cannot hope to compete with Woodcock. Joll’s picture of Proudhon seems to be fair, but his picture of Bakunin is drawn for him by Professor Carr and rather overemphasises the farcical and fanatical side of Bakunin’s career.

Apart from being confused, over and over again Joll has just got things wrong. Most of the assassins he mentions, for example, by his own admission weren’t anarchists at all, and of course most anarchists have opposed terrorism—why then pay so much attention to terrorism in a book on anarchism? Sorel wasn’t an important anarcho-syndicalist thinker, and actually had more influence on the fascist than on the anarchist movement—why then devote a quarter of the chapter on anarcho-syndicalism to Sorel? Why split up the careers of such consistent thinkers as Kropotkin and Malatesta? There are also too many silly little mistakes. Czolgosz, the young American of Polish descent who shot President McKinley, becomes a “young Hungarian called Czolgocz”. Vinoba Bhave becomes “Vinobha Bhave”, though at least he remains Indian. Kropotkin refused to drink the king’s health, not the queen’s. Berkman didn’t just die, he shot himself. And there are some disturbing omissions. Where are Anselme Bellegarrigue, Benjamin Tucker, Louise Michel, Voltairine de Cleyre, Emile Armand and Bart de Ligt? Is it enough to dismiss Gustav Landauer as a “bohemian intellectual”? Doesn’t Thoreau deserve even a mention? Have Shelley, Wilde and Read been the only British anarchists of note since Godwin? Where indeed are the native American and British anarchist movements? This book will be read mostly in this country and the United States, but its readers will learn virtually nothing about anarchism in their countries. Readers of ANARCHY who know more about anarchism than I do will no doubt find many more distortions, mistakes and omissions. It is true that James Joll isn’t as consistently inaccurate as, say, Herb Greer, but then he is meant to be a serious scholar.

In a brief Conclusion, Joll repeats the arguments of his Introduction, with the addition of several rather dubious statements about anarchism. “Anarchism is necessarily a creed of all or nothing.” Is it? “The basic assumptions of anarchism are all contrary to the development of large-scale industry and of mass production and consumption.” Are they? “The anarchists are all agreed that in the new society men will live in extreme simplicity and frugality.” Are we? The more Joll says about anarchism, the less he seems to know. But his main point is that anarchism is essentially a failure. To clinch this, he quotes as a sort of epitaph a poem translated by Vanzetti: “Give flowers to the rebels failed.” Woodcock, whose book was romantic where Joll’s is academic, made much the same point. “Clearly,” he concluded, “as a movement, anarchism has failed.”

I think both Woodcock and Joll are wrong—not because anarchism is a success, but because the cult of failure is just as invalid as the cult of success, because anarchism should not be judged in this crude way, because ideas and movement cannot be measured on this sort of scale. The point of Christianity is not whether the Christians can convert the world, but whether Jesus was Christ. The point of Communism is not whether the Communists can make successful revolutions, but whether a Communist society is a good thing. The point of pacifism is not whether war can be abolished, but whether it should be abolished. And the point of anarchism is not whether we are a success or a failure, but whether we have something to say about present society, and something to do about future society. Joll, like Woodcock, accepts the value of anarchist criticism, but he doesn’t understand this criticism, and, like Woodcock again, he seems to see it only as a permanent protest, good for anarchists because it provides self-expression, and good for other people because it challenges their complacency. This is a completely false way of looking at anarchism. It is not just a historical or political idea, a sociological or psychological function. As long as anarchism is present in individuals, in groups, in a movement, it is present in society; and it is present in society to a greater or lesser extent whenever a gain in freedom is won or a loss of freedom is resisted. Joll sneers at Kropotkin for seeing evidence of anarchism in the British Museum Library and the British Life-Boat Association, in the International Postal Union and the Compagnie Internationale des Wagons-Lits—but Kropotkin was right. Utopia is present in the topia: the free society is contained within the unfree society. Every gain we hope to make in the future is based on a freedom we already possess, and every loss we fear to sustain in the future is based on a freedom we already lack. We are here and now, and our means are our ends. What is important is not the anarchist movement, but anarchist movement—not the free society, but a freer society.
–––––––––––––––––––––––––––––––––––––––––––––––––––––
What the others said …

“His first chapter ‘Heresy and Reason’ situates the psychological basis of anarchism firmly enough in a fanatical desire for social change combined with a credulity that could lead its possessors to believe that the transformation they desired could be brought about by the coming of a millennium.”
—ANTHONY HARTLEY, THE GUARDIAN 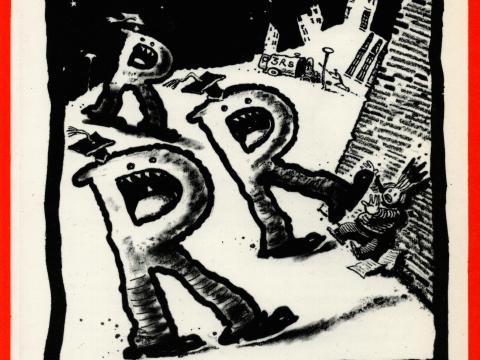 The Raven #10: On Education

An issue of the Raven journal dedicated to education. Published in 1990. As usual, contents of variable quality. 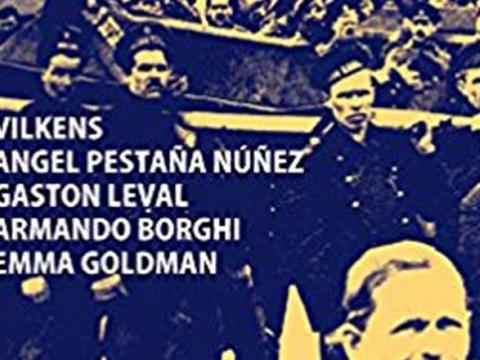 Reviews of Pacifism as Pathology by Ward Churchill, Camden Parasites by Daniel Lux, Anarchist by Ian Bone, Heavy Burden on Young Shoulders, Prisoners and Partisans by Kate Sharpley Library and Rigoberto Menchu and the Story of All Poor Guatemalans by David Stoll. From Black Flag #218 1999.