Leaflet from Mouvement Communiste in which they argue that the new "Aubry" 35 hour working week law was not in fact a victory for workers but served above all to submit the work force even more to the imperatives of capital, and at lower costs.

France saw an early spring of various mobilisations: the school student protests, the big demonstrations of public workers on the 10th of March, various smaller strikes such as the one at Citroen. All these mobilisations happen on the background of a general populist campagne of the left-wing of social democracy which promotes the ‘No’ to the European constitution, trying to chanel the general feeling of discontent. At the same time in Germany a so-called ‘capitalism-debate’ is launched by the left wing of the SPD, criticizing the anti-patriotism of multinational corporations and the greed of the high management. We think the following leaflet shows quite clearly how the left in France prepared the legal ground for the reforms of the right under Raffarin.

Not at all. The “reforms” of the right-wing government only change some particular points of the Aubry laws, which were seen as restrictive by certain factions of the French employers. The “reform” stands in clear continuity with the Socialist Parties’ law which provided companies applying the law with a legal framework for wage decreases, acute flexibilisation of working time and the hunting down of idle time at work. But let’s go back to the Aubry laws. What are they about?

There was never a strike demanding this working time reduction, instead there was a government pleading for our approval. That was suspicious. Any conscious worker understood what was going on very quickly:

* The law laid down the legal working time of 35 hours per week, but on the basis of an annual average. In this way working time became more flexible, given the shift to an annual rather than weekly calculation.

* Breaks were not counted as work time anymore.

* The employers got even more freedom to negotiate specific agreements.

* The hours previously counted and paid as overtime diminished.

* The employers were now allowed to allocate holiday time according to the needs of production.

Credited by the more optimistic with having created 350,000 jobs, the reality is that the two Aubry laws of 1998 and 2000 didn’t even lower the unemployment rate, which is still around 10% of the active population. Behind the myth created by the bourgeois left, the 35 hours law served above all to submit the work force even more to the imperatives of capital, and at lower costs.

If the representatives of the left-wing of capital trumpeted all these measures from the start, some unions (not the CFDT which was one of the prime movers behind the law) found it hard to remain so passive in the face of workers’ concerns. In reply the unions put forward the only positive argument, the reduction of time actually spent in the work place, and had an easy time of it. In addition the law multiplied their opportunities for negotiation (their true raison d’être) and the extension of their presence within the companies.

That’s why there hasn’t been a general movement against these laws, but rather struggles on a company level for its “better implementation”. A multitude of agreements have be signed by the unions. The CFDT has come out the winner, followed closely by the CGT and FO, almost neck-and-neck.

On the employer’s side only the small traders and small and medium-sized companies dragged their feet, successfully as it turned out. In these sectors the Aubry 35 hours were never put into practice.

As soon as they understood the spirit and words of the law and the wonderful advantages it offered them on a silver plate, the management of the big companies (except for Edouard Michelin, worthy son of his father) rushed to sign company agreements. The state subsidies and the possibility of passing the costs of the eventual cut in hours onto the workers added the proverbial icing on the cake.

While the right is starting to whinge about the 35 hours again, the majority of big companies that count in this country, such as Renault and Peugeot, say that the measures put in place by existing company agreements are more than enough. Proof that the law is anything but favourable for the workers…

Many big companies have introduced a wide range of work schedules and reintegrated Saturday working into the normal hours, like at Citroen and Renault. Over all, after a close look, it becomes clear that in most cases the effective weekly working hours are higher than before the introduction of the law signed by Aubry. The more tiring and repetitive the work is, the more we can see the negative impact of this legal regulation. According to surveys, factory workers are more discontented with the work time reduction than office workers, technicians and managers.

New gifts for the small and medium-sized companies…
The right-wing government now wants to cash in the meagre advantages of the law using the moronic sophism: “You have to work more to earn more”. As if in capitalist society those who have the most dosh are the ones who work the most! Now the unions and left-wing parties play their institutional role as His Majesty’s Loyal Opposition by intervening and shouting like fools, but quickly forgetting that it was they who initially worked out and approved this attack on the conditions of the workers.

What are the changes enforced by the right-wing government?
* On a “voluntary” basis, the employees are allowed to work longer than the quota of extra hours. But what does “voluntary” mean for a worker? On top of that the bonuses for these hours are regulated on two different levels, according to the company or sectoral collective contract. This results in different bonus levels varying from company to company and depending on the particular balance of forces.

* Now it is possible for a worker to give up holidays and days off due to work time reduction in exchange for additional payments. The amount is not defined, it has to be negotiated with the unions. Also there is no legal limit to the number of days that can be given up per year, as long as it’s within the European law (four weeks of paid holidays per year).

* The clause that small and medium sized companies only have to pay a minimum of 10% extra for overtime, instead of 25%, is extended for three years. In this category of companies days off due to work time reduction can be bought back without having to negotiate with the unions. A so-called voluntary agreement between an individual employee and the boss is sufficient.

With these changes only the negative aspects of the law are left for the workers, namely the relaxation of the Labour Code and flexibility. All this is a perfectdemonstration of how the left and right wings of capital divide up the task of worsening the conditions of exploitation.

With the Aubry law the left has created the best legal and regulatory conditions for reinforcing the regime of exploitation in this country. Their specific approach was to worsen the conditions for the workers by means of the application their traditional ideological ointment. Today the unions, including the ones who kept quiet about the introduction of this anti-worker law, mobilise “for the defence of this social gain against the attacks of the right”. But the right wing come-back has only taken some of the rouge off the Aubry law’s cheeks. Those who believed and still believe that capitalists would fulfil the demands of workers, even the most elementary ones, without being put under pressure by autonomous workers’ struggles, are dangerously naive. In this case they share responsibility for opening up the path which has been taken by the right.

Some points on the general labour situation in France, 2005 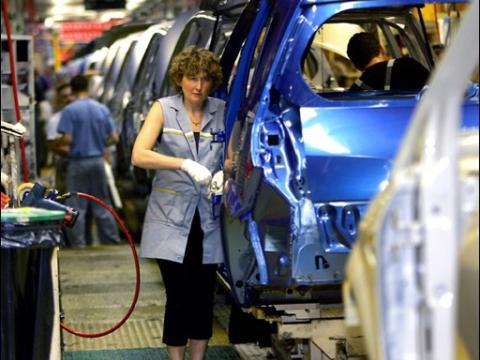 CPE and labour contracts in France

This is a short overview of the CPE law, by Ni Patrie, Ni Frontier, serving as an introduction to the following articles focussing on the…