The very basics
-the CPE, "Contrat Premiere Embauche" or "First Employment Contract", is a particular type of contract with a two year probation period that allows the employer the right to sack the employee without having to give a reason or prior warning.

-the CPE affect only under 26 year olds

In detail
On March 7, up to a million people in France demonstrated in opposition to the French government's plan to pass a new law that was then in the French Senate. The law has come to be known as CPE. Despite the protest, the government passed the bill the next day so that it is now a law. The law was passed in a way that sidestepped the debate and discussion that is a traditional part of the legislative process in France.

The unemployment rate in France is an estimated 10% of the French population. This includes an estimated 20% of young people who do not have jobs. There have been various proposals offered for how to lower this high rate of unemployment. One such proposal is to make it possible for those in the current workforce to retire earlier than presently possible in order to open jobs for those who are currently unemployed.

The new law, however, takes a very different approach to the high rate of youth unemployment. It is based on an initiative introduced by the French Prime Minister Dominique de Villepin. It provides that those under 26 who work for companies with more than 20 employees can be dismissed from their employment in the first two years without any reason given for their termination. Students and others who oppose the law say that this treats them in a discriminatory way. Not only is it normally difficult to get a job, but under this new law, an employer will have an incentive to end their employment before the two years are up and hire another employee who is under 26. For those seeking jobs who are 26 or over, this new law provides an incentive for employers to give preference to younger workers who can be hired and then fired as a new form of temporary employment.

Last August a similar law was put into effect by Executive Mandate that applied only to employers with less than 20 paid employees. Under this law, known as the CNE, (in French "Contrat Nouvelle Embauche") a small employer can hire and dismiss people before they have worked for the employer for two years without having to provide a reason for the dismissal. There are many instances of workers protesting they lost their jobs unfairly under this law. The very competitive pressures that leads employers to desire such flexibility to hire and fire at will, also is a pressure on the employer to terminate a new worker before the two years are up and to hire someone else who is not covered by the labor laws. The new labor law, the CPE, is modeled on the CNE, but applies to larger employers.

The French Senate passed the CPE in a hurried way and at night, on March 8 and 9, cutting short debate using a special procedure known as Article 49.3 of the French Constitution. Students, student organisations, and other young people across France were dismayed by the prospects of having to work under the conditions provided by the new law. French labor unions also oppose the new law, along with the Socialist Party and other parties, including the Greens.

Furthermore...
On top of this, the CPE means that for those under 26 it will probably make it for them almost impossible for them to find an appartment. In urban centres like Paris landlords will only rent to anyone with the standard contract, because it almost guarantees them the rent. They are most unlikely to rent out to anyone with a contract like the CPE which is so insecure.

Update
The CPE was passed fully into law on 30 March 2006, although Jacques Chirac asked employers not to apply it immediately.

Due to public pressure, before passing it Chirac the government will also now insist that employers must give a reason for dismissal. He also cut the length of the CPE from two to one years.

The "in detail" section of this article was taken and edited slightly from ohmynews. 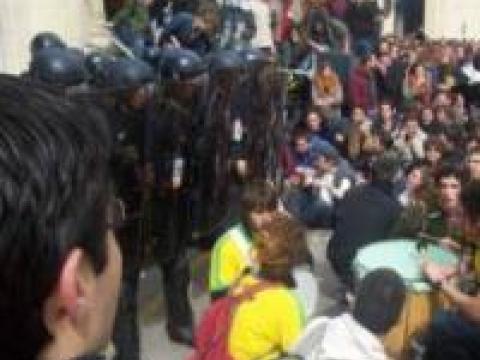 France: On Friday 10 November four people were jailed for their role in the struggle against the employment law the CPE.

A participant's account of today's anti-CPE demonstration in Nice. 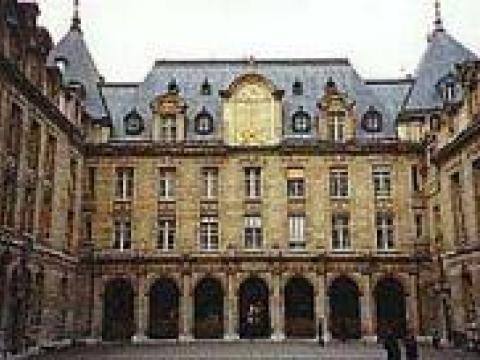 This communique arrived in our e-mail account today in English. We don't have confirmation that this…

Latest news from the anti-CPE struggle from across France from Wednesday 5 April including blockades of businesses and roads.