There were large numbers of arrests in the CPE struggle

France: On Friday 10 November four people were jailed for their role in the struggle against the employment law the CPE.

On Friday 10th November four militants, Jean-Pascal, Reda, Valentin and Pierre-Louis were sentenced by the court in Aix-en-Provence. All four were accused of "rebellion" and "violence towards members of the police force in the performance of their duties" during events as part of the anti-CPE movement. Only Jean-Pascal faced both charges, the three others being found guilty "only" of rebellion, but the verdict pronounced at the end of the trial was very heavy:

To that must be added fines of €5,800 for damages. The judge has also requested an expert assessment in connection with a claim by one of the police officers, who was off work for a month. If the assessment finds in favour of the policeman, then our comrades could face having to pay him a month's wages (including social insurance payments). The three other officers involved in the case as plaintiffs have also been authorized by the court to submit for assessment. The total amount that may need paying could amount to €12,000!

A reminder of the facts
On 1st June last, students at the faculty of literature in Marseilles university prevented the holding of the first "university/employment" debate at the university. The second debate, which took place in the "law" faculty saw some violent confrontations involving students, who were beaten back from the entrance to the hall by police, who were responsible for "security" at the event. Following a scuffle with the police, one Alternative Libertaire member, Jean-Pascal, was dragged out from among a crowd of students by police and beaten viciously, before being taken into police custody. The following day, three other militants, one of whom is an AL member, were the victims of targeted arrests by the anti-crime squad.

This unjust verdict exemplifies the legal rampage which anti-CPE militants in France have been the victims of more or less everywhere. After its humiliation on the streets, the government is looking for revenge in the courts of "justice". This criminalization of social struggle has now reached the stage where it is enough for those in power to bark in order that "justice" is done. The withdrawal of the CPE was secured by means of a mass, united struggle. This determination and this unity must re-emerge to defend our comrades when they are prosecuted.

The defence fund we launched last June for this case is still open. If you want to help our comrades you can send a cheque made out to SIA (write "Solidarité répression" on the rear) to:
Alternative libertaire,
BP 295,
75921 Paris Cedex 19

A round up of just some of todays developments. 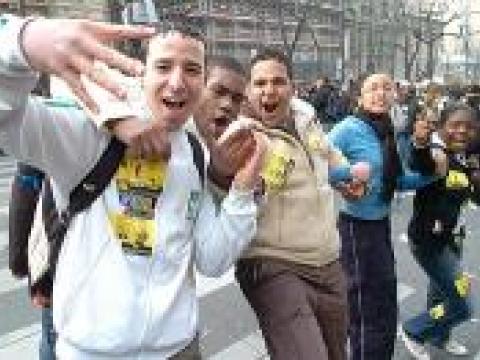 Financial Times: This is no middle class revolt

In an article which shatters every accusation of a privileged revolt, the Financial Times has become the first UK newspaper to point out the…