Capping: A power imposed by central government to limit the amount of spending (and therefore the level of local taxation) which a local authority could make.

Community Charge: The official term for the Poll Tax.

Liability order: A liability order was a piece of paper given to the council after courts (in England and Wales) had proved that non-payers were liable to pay the tax. Once a liability order was granted councils were free to proceed with enforcement procedures (bailiff action or wage arrestment). This procedure was not necessary in Scotland.

Sheriff officer: The equivalent of bailiffs in England and Wales, people who were appointed by local councils and registered by local courts with powers to seize peoples’ possessions and sell them off to recover debts.

Warrant sale: These were public auctions of peoples’ goods (sometimes held in their own homes) after they had been seized by the Sheriff Officers. By November 1991, there hadn't been a single successful warrant sale in Scotland. 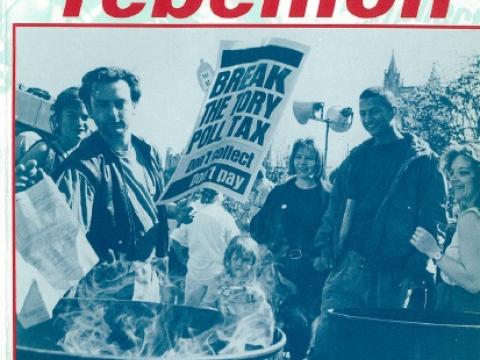 Chapter 6: After The Poll Tax, What Is Left?