Green Syndicalism in the Arctic

Inspirational action showing the power of Indigenous land defense and how solidarity can be manifest in significant ways in contexts where companies are working to sow divisions between resource workers and Indigenous communities. A powerful response to those who claim that the interests of resource workers will leave them somehow fundamentally opposed to Indigenous land struggles.

On February 4, 2021, a group of Inuit hunters set up a blockade of the Mary River iron ore mine on North Baffin Island. The mine is operated by Baffinland Iron Mines Corporation and has been extracting iron ore since 2015. Mine operations are carried out on lands owned by the Inuit.

Blockade organizers arrived from communities at Pond Inlet, Igloolik and Arctic Bay over concerns that Inuit harvesting rights are imperiled by the company's plans to expand the mine and associated operations. Solidarity demonstrations have been held in Pond Inlet, Iqaluit, Igloolik, Naujaat, and Taloyoak. In -30C degree temperatures.

Baffinland Iron Mines Corporation is seeking to double its annual mining output to 12 million metric tonnes. This would also see the corporation build a railway and increase shipping traffic through its port at Milne Inlet. These expansions would threaten land and marine wildlife along with food sources essential to Inuit people. The waters surrounding the port are an important habitat for narwhal and seals in the Canadian Arctic. The expansion also threatens caribou and ptarmigans.

A fly-in location, Inuit blockaders shut down the mine’s airstrip and trucking road, closing off access to and from the site for over a week. Notably this has meant that 700 workers have been stranded at the mine site and food, supply and worker change flights have been suspended. Workers have been on site for at least 21 days.

This could, obviously, have posed points of contention, even hostility, between workers and blockaders. Certainly, the company tried to stoke these tensions in its efforts to go ahead with mining operations. In a letter filed with the Nunavut Court of Justice on February 7, Baffinland told the protesters that their blockade is against federal and territorial law, and the Nunavut Agreement. In classic divide and conquer fashion, the company asserted: “You are causing significant harm by blocking a food supply and keeping people from returning to their families.” The company has also gotten the RCMP involved.

Yet an important development occurred a week into the blockade, and after the company’s court theatrics, as stranded workers issued a powerful statement of solidarity with Inuit people and communities and the blockaders specifically. The open letter is signed by a “sizeable minority” of Mary River mine workers currently stranded at the mine site (with 700 workers it represents a sizeable number). They have remained anonymous due to threats of firing leveled against them by the company. In their letter they assert that they recognize the Inuit, not the company, as “rightful custodians of the land.”

The letter represents a significant statement of green syndicalism. One that should be read, circulated, and discussed. It is reproduced in full here.

The Workers Solidarity Letter
This is an open letter to the protesters at Baffinland Mary River mine site from a group of employees at the mine.

Our managers have cautioned us that speaking out about this publicly will likely result in termination, and so this letter must remain anonymous.

We are writing to express our full support for the efforts, means and goals of your protest. We do not pretend to represent the views of the majority of Baffinland's workers, but we do represent a sizeable minority.

We recognize the Inuit as the rightful custodians of this land, and as the people who should make the decisions about how it is used.

Your protest has generated a lot of conversation among the workers here. Many of us are disappointed that our flights to return home were postponed, but some also consider it a small thing compared to the hundreds of years of colonization and cultural erasure that Indigenous people have experienced — and continue to experience — at the hands of the Canadian government and the private sector.

This country has seen the consequences of entitlement and greed that have led to the destruction of the land for profit, and we are glad you are fighting for autonomy over your land.

You've said that it is not the workers you are upset with, but the Baffinland executives, and we would like to say that our support is also not with our superiors in the company, but with you.

On many occasions we've looked around at the massive piles of iron ore surrounded by miles of rusted snow, the colossal diesel tanks and the clouds of exhaust fumes that hang above the camp and thought, "What the hell are we doing here?"

We firmly believe that the company should listen to your demands and give you what you want, though even that will likely not be enough. With the horrible history that has taken place in this country, and the ways in which your voices were silenced in the process, what could be enough?

Despite the injunction that is now forcing you to vacate the airstrip, we hope that you go on to succeed in your goal to prevent Baffinland's phase two project to double their output and build a railway.

This expansion would obviously affect the wildlife and ecosystem in the surrounding area, which would be another step in erasing your means of sustaining yourselves through hunting. We see the importance of protecting the way of life that you've practised for thousands of years.

A message to the public just learning about this: workers at Baffinland are safe, and have not been in danger at any stage of this situation.

The protesters said from the start that they would let flights leave in cases of emergency. We have enough food to last us a very long time, and while we are disappointed with our cancelled flights, as stated earlier: it is nothing compared to the importance of listening to these peoples' voices as they fight to protect the land and their culture.

The blockaders expressed a commitment to correspond with workers to ensure they could safely fly out. They made arrangements for one flight out each week for workers and to allow any medical flights to happen.

Blockaders have said that they are not against the mine, but it cannot be expanded. Mittimatalik Hunters and Trappers Organization (MHTO) chairperson Eric Ootoovak has said, “the mine at present, we believe, is quite enough. They’ve done enough damage as is, for only six million tonnes that they're allowed.”

Donat Milortuk, organizer of a demonstration in Naujaat stresses the importance of the actions: “We are thinking about our younger generations. We want a clean environment and healthy food. This is everyone's responsibility. We don’t want our wildlife and land contaminated.” Blockaders want to see community concerns for wildlife centered in environmental hearings over the proposed expansions.

Ootoovak emphasizes the necessity and impact of blockade: “It shows that the mining company is really damaging our environment and our animals and these people are noticing. I believe they want the world to know what Baffinland is doing to our environment.”

Baffinland has only asserted that they need the 30-year expansion for, what else, profitability. And like any good picket line, the blockade has proven to be very effective at wrecking corporate profit-making. The company claims that it transports about 20,000 metric tonnes of iron ore over the 100-kilometre tote road each day. In a court affidavit, they claim that the blockade has meant a market loss of around $100 per lost tonne shipped. They say it will take more than a season to make up that value.

This has been an inspirational action showing the power of Indigenous land defense to be sure, and how solidarity can be manifest in significant real world ways in contexts where companies are working to sow divisions between resource workers and Indigenous communities. It offers a powerful response to those who claim that the interests of resource workers will leave them somehow fundamentally opposed to Indigenous land struggles.

You've said that it is not the workers you are upset with, but the Baffinland executives, and we would like to say that our support is also not with our superiors in the company, but with you. 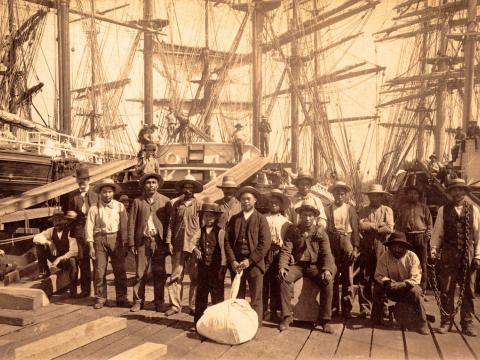 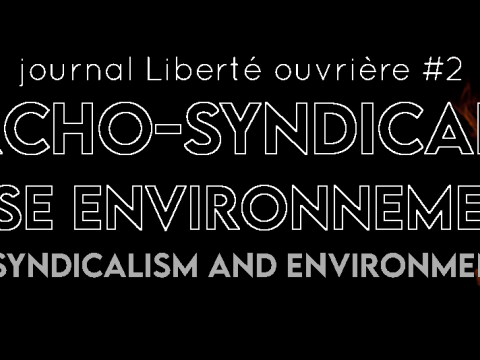 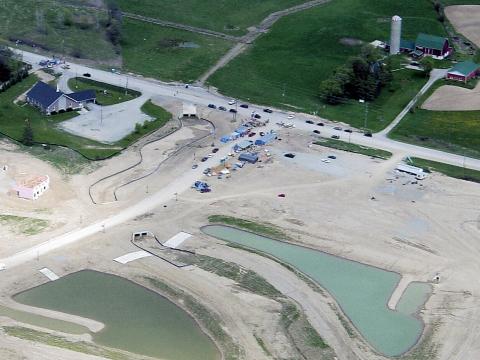 Struggle for the Land: Racism, Class, and Solidarity in the Six Nations Land Reclamation

As the Community Friends suggest, the days when the Canadian government or non… 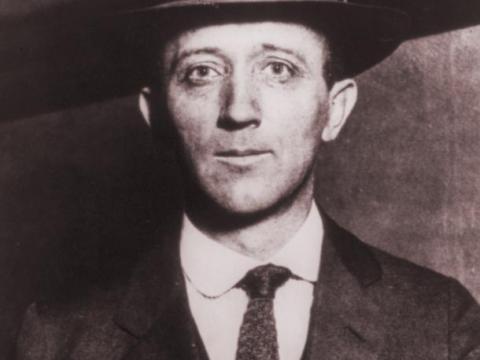