Traditionally, to be an outlaw has meant one has committed acts deemed illegal by the law; for the most part, acts against capital. To us, however, to be an outlaw also means to have committed acts against capital or for us which have yet to be codified as illegal. The fact that the law only covers a small fraction of all possible relationships and acts makes this quite evident. We begin this issue by examining what the law is in current capitalist society. Our goal is to understand the role that the law plays in our struggles against capital so that we can use the law and, more importantly, transcend it to escape from this manifold of work we live in. We then turn to a study of the cycles of policing, one critical component in our analysis of the law and the state, to see how policing changes in response to class struggle in line with changes in class composition and capital's organization of accumulation.

In 1780, in the Gordon Riots, the international, multi-racial, male and female proletariat of London ex-carcerated the prisoners of London's prisons and burned the jails. Who were these people, inside and out, what did they do and why, and what were the results?--these questions we explore in "The Delivery of Newgate." We precede this with some brief notes about slavery and work in U.S. prisons today.

A much later and not yet so dramatic a set of struggles erupted on U.S. college campuses this past spring. While much of that movement chained itself to narrow legality, the boundaries started to burst in many actions. We discuss what happened and why; this includes focusing on struggles within the movement itself. The student authors suggest what strengths the movement needs to build on, what weaknesses need to be overcome.

Toni Negri has become an outlaw, fleeing Italian just-us. We provide two reviews of his book Marx Beyond Marx, one critical, the other less so. Young Greek girls were murdered as outlaws by the right in the Greek Civil War;-we here print a few translations of Rita Boumi Papa's 1000 Killed Girls. Some cultures are at the fringes of the law, in many senses. We review The Sophie Horowitz Story, a book in part about such communities. All these articles, graphics plundered from our history, a few other pleasures--this is our issue #8. Many thanks from us "old" midnight noters to the new folks who have helped us get this issue out. 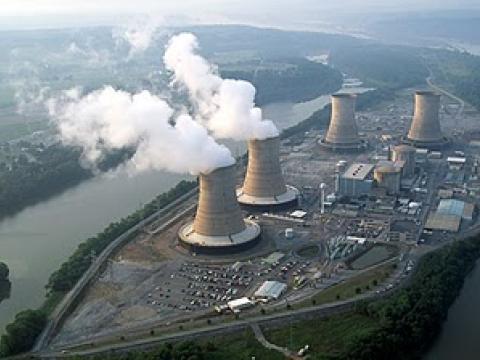 Do I contradict myself? 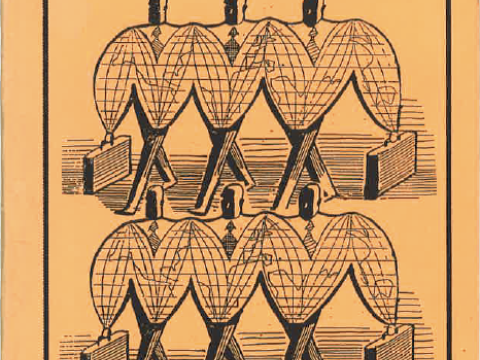 The IMF & the Debt: Africa & the New Enclosures 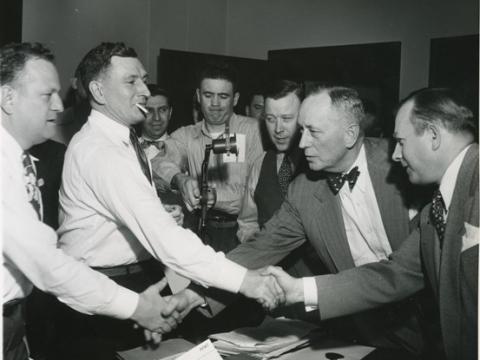