The connection between the British state, official Unionism and the Loyalist paramilitaries has been consistently documented, not least the involvement of British agent Brian Nelson in procuring weapons for Loyalist death squads in their targeting of the nationalist community.

Those who think that, following the April "peace agreement", such tactics have been abandoned in favour of cosy chats at No.10, will need to maintain a wilful ignorance to uphold their views.

Nobel Peace Prize winner David Trimble has refused to sit with Sinn Fein members in an executive of ministers or facilitate the creation of cross-border bodies, until the IRA begins to decommission its arms. The April Agreement explicitly separates the political and decommissioning processes, and Trimble's argument is therefore not supported by the terms of the Agreement. The decommissioning process is not intended to conclude until May 2000. Decommissioning, as far as Trimble and Blair are concerned, will take place at the point of a gun. In early December the Loyalist Volunteer Force staged a token handover of weapons, thus increasing the political pressure on the IRA to join the handover. The LVF have been implicated in the worst sectarian killings. Their links to the RUC and British intelligence are well documented. It is fair then to assume their sudden commitment to peace may be British intelligence-inspired. It can surely be no coincidence that their new-found embrace of the Agreement came alongside the emergence of a "new" force, the Red Hand Defenders, who, on 31st October, killed a north Belfast catholic, Brian Service. The same evening they attacked a Catholic-owned bar, and later abducted and threatened a nationalist youth. Throughout November, Loyalist gangs have been involved in attacks on homes in nationalist areas. Homes in New Lodge and Glengoland were attacked. North Belfast Assembly member Gerry Kelly noted "It is clear there is a degree of organisation involved which suggests loyalist paramilitaries are behind these sectarian attacks. Since the murder of Brian Service there has been a steady rise in the number of sectarian attacks. They are not isolated and appear to be planned."

On 13th December loyalists poured petrol through the door of a young woman in the Graymount are of North Belfast, in an attack reminiscent of that which killed the three Quinn children in Ballymoney earlier in the year. In recent months 12 catholic families have been intimidated into moving out of the area following orchestrated loyalist attacks.

RUC harassment of the nationalist community has been stepped up. In November a 60 strong RUC squad smashed into the Ballymurphy home of the McManus family, screaming "Lie down, or you're dead." Republican activists have been consistently harrased in Lurgan. Four nationalists who attended the Patten Commission (on reorganising the RUC) public hearings in North Belfast have been told by the RUC they are now on a Loyalist death list. At an inquest into the killing of Terry Enwright and Edmond Treanor by loyalists in January, an RUC inspector was forced to admit that the gun used in the killing belonged to a member of the RUC. He claimed the weapon was stolen.

Under New Labour's peace process, the old rules still apply. The nationalist community are told the game has been changed again. Regardless of what the Agreement says, you can now only play if you disarm. The Red Hand Defenders are then rolled out to hint at worse to come if the nationalists don't "lie down". Meanwhile the LVF's strings are pulled to reclaim the moral high ground as an attempt to delegitimise the Republican movement's retention of its arms in its own defence.

Sinn Fein's Jim Gibney has said that there must be no glass ceiling for nationalists in a new Ireland. On the evidence, the new looks little different from the old, and there's for sure, no glass ceiling, just an RUC boot.

Article from Black Flag #219 (2000) on the hypocrisy of Unionist politicians' outrage at the appointment of Republicans to prominent positions following the Good Friday Agreement. NB: This piece did not appear in the printed version of the magazine but was included in the web version at flag.blackened.net
Image 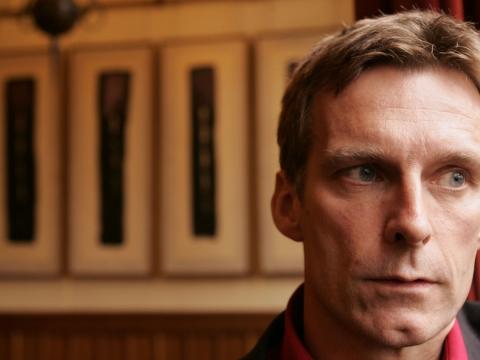 Interview with author Ronan Bennett, which touches on his time in prison in Northern Ireland and on remand in London (as one of the "Persons…

Talking In Their Sleep: The Chattering Classes' Fickle Love Affair With Democracy