For better or for worse, the astonishing post-war recovery of the Japanese economy has become a celebrated phenomenon. But few people, save the Japanese consumers themselves, are aware of the accompanying, and equally astonishing, rise in consumer prices - some 10 to 20% annually. As a result, the labor movement in Japan has established as its major premise that wage rates should rise by at least an equivalent amount every year (see chart A).

The strategy devised to carry through this premise has been the uniquely Japanese "Spring Offensive" (Shuntõ). Generally speaking. the strategy runs as follows: at the beginning of each spring, representatives of the labor unions meet to formulate a proposed wage demand for that year, based on the current rate of price hikes. After arriving at an agreed figure, unions all over the country then begin negotiations with the management. As a rule, the lead is taken by the big, powerful unions, while the smaller, weaker ones follow behind them (chart B). The figure which the former manage to wrest from the employers (the "wage-hike index") more or less decides the fate of the latter and of all workers in Japan.

Needless to say, however, negotiations between the two sides run less than smoothly. So, when the talks break down, unions all over the country, led by Sõhyõ (General Council of Trade Unions, the main labor grouping), begin a strike campaign. "Strike;" though, is hardly the word for what takes place. Stopping the trains for two or three hours, knocking off work for half a day, holding a meeting instead - this is the usual pattern. In other words, a form of struggle feasible only for workers in the large corporations. On the other hand, when, as has become usual, the national railway workers announce a one-day strike, all of the mass media - television, radio, newspapers - let out a unanimous shriek of protest about the "inconveniece caused to innocent people" and so on. A radical labor movement in Japan thus faces the same problems as do those elsewhere.

When the wage negotiations finally break down, the government's arbitration council is empowered to intervene. From his point on, all decisions are made by repeated meetings of the "bosses" on both sides, with the result that the union leaders are usually cajoled into accepting a figure which the government mediators think tolerable - high enough to satisfy the unionists, and low enough to appease the company directors. Of course, once this "bosses only" stage is reached, the rank-and-file workers have no clue at all of what is happening to their wage demands. They are like puppets, dancing to the tune of the instructions which reach them from on high.

Anyway, like it or not, the "Spring Offensive" strategy for seeking wage hikes has persisted for the past twenty years, thanks to the prodigious growth rate of the Japanese economy. In the past couple of years, however, sudden changes have been set in motion. The "oil panic" of October 1973 brought Japan nose to eyeball with its greatest business slump since the war. First textile circles, then the motor car manufacturers, the steel industry, and the makers of small electrical appliances, one by one felt the pinch. Throughout Japanese industry, production fell. The consequence for wage negotiations, naturally, was to reduce the size of the "pie" to be shared out between company and employees.

Japan has now entered a phase of "minus" or, at best, slow economic growth. Logically, it is now being said, the "Spring Offensive" strategy should also be abandoned. In fact, though, this strategy has always done more harm than good to those who should reap the benefits. Why? The reasons are:
[list=1] 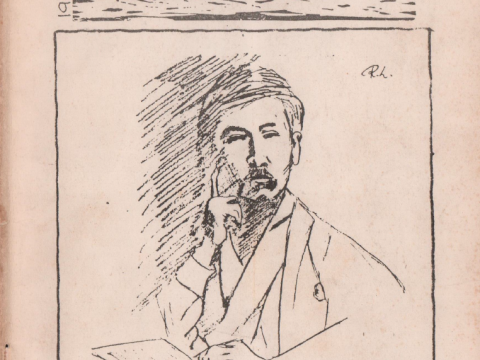 The LI Editorial Collective sent out a questionnaire to various Japanese anarchist groups. We shall be serializing the profiles of each group beginning with this issue of LI.

A Note on Libero International

If the activities of anarchists in the west have been overshadowed and overwhelmed by those of opportunistic politicians and premature revolutionaries, those of their Asian comrades have been almost obliterated.