The Local Election of Deputies to the Provincial Assembly - Karl Marx

The Local Election of Deputies to the Provincial Assembly

Cologne, March 9. The Rhein- und Mosel-Zeitung, which is so modest as to be neither “the most widely read newspaper of the Rhine Province” nor an “exponent of political thought”, remarks in connection with the election of deputies from the city of Cologne, inter alia:

“We are quite ready to regard Herr Merkens and Herr Camphausen as very honourable men” ("so are they all, all honourable men”, [Shakespeare, Julius Caesar, Act 3, Scene 2] as it is said in the tragedy) “and even” (just think of it!) “even to bestow applause on the Rheinische Zeitung” (a most valuable gift) “when it triumphantly counterposes these men to the opponents the rights of our province. Bui we must all the more sharply and resolutely condemn the reasons for which an attempt has been made to exert an influence on the election of these men, not because-these reasons are undeserving of any consideration, but because they deserve no such exclusive consideration, but only a secondary one”.

The fact is that the following lithographed circular had been distributed to various electors of Cologne city:

“What the city of Cologne has to represent first and most importantly in the forthcoming Provincial Assembly is indisputably the conditions of its trade and industry. Hence the choice must fall on men who, besides being of an honourable disposition and occupying an independent civic position among us, are closely acquainted with the course of these relations in all respects and are able to grasp, illuminate and expound them from the correct standpoint”.

Then follows the reference to the above-mentioned, certainly very honourable men. After which the circular states in conclusion:

“Our dry already today occupies a powerful position in the commercial world. But a still greater extension of its trade and industry is in store for it, and the time for this development is not far distant. Shipping by sail, steam, towage, and the railways, will bring back to our city the period of the old Hansa, only its true interest must be represented with understanding and circumspection in the forthcoming Provincial Assembly.

“If anywhere material local interests prevail to such an extent that there is not even a faint glimmering of spiritual and general needs, is it any wonder that those who hold the reins of government in their hands pay attention only to the former, and the latter are ordered only according to their discretion? O you great city of Cologne, you holy city of Cologne, you witty city of Cologne, what a low point the spiritual state and historical recollections of many of your children have reached! By the realisation of wishes and hopes that could at most make you into a big money-bag, they dream of bringing back the period of the old Hansa!!!”

The Rhein- und Mosel-Zeitung does not find fault with the election of the deputies; it find fault with the reasons which are said to have “exerted an influence” on the election. And what were these reasons? The newspaper quotes one circular addressed to various electors, in which the “conditions of trade and industry” are described as the most important objects of Cologne’s representation in the forthcoming Provincial Assembly. How does the Rhein- und Mosel-Zeitung know that this circular, which incidentally, as the newspaper itself admits, reached only “various” electors, exerted such an effect on the minds of the electors that it primarily and exclusively decided the election of Herr Merkens and Herr Camphausen? Because the election of these gentlemen is recommended in a circular for quite special reasons, and because in fact these gentlemen were elected, does it in any way follow that their election is a result of that recommendation and its special motivation?

The Rhein:- und Mosel-Ztg. bestows applause on the Rheinische Zeitung when it “triumphantly counterposes these men” (Herr Camphausen and Herr Merkens) “to the opponents of the rights of our province”. What moves it to this “bestowal of applause"? Obviously the character of those elected. Is this character supposed to have been less well known in Cologne than in Koblenz? Among the interests to he represented in the Provincial Assembly, the Rhein- und Mosel-Zeitung mentions only a “freer political system of local government and an “extension of the rights of the estates”. Does it think that it is not known in Cologne that Herr Merkens has distinguished himself in various provincial assemblies by his struggle for a “free political system of local government”, and that in one Provincial Assembly he even defended this courageously and indefatigably in opposition to almost the entire Assembly? But in regard to “the extension of the interests of the estates” it is very well known in Cologne that Herr Merkens has primarily protested against the narrowing of these interests by autonomy, that nevertheless he stood just as resolutely for the interests of the estates being kept within their proper bounds when they opposed the general interest. General law and reason, as in the debates on the law on wood thefts and hunting. If, therefore, the general qualification of Herr Merkens to be a deputy to the Provincial Assembly is established beyond all doubt by his whole parliamentary career, if Herr Camphausen’s exceptional, universal culture, high intelligence and serious honourable character are generally known and recognised, how does the Rhein- und Mosel-Zeitung know that the erection of these gentlemen is due not to these obvious reasons, but rather to the above-quoted circular?

No! No! the honourable newspaper will reply to us, that is not what I maintain, not all! My delicate spiritual cast of mind is merely offended by the originators of -that circular, by those materialists who have laid stress not on the spiritual and true interests of the people, but on other and much lower motives, and who for improper reasons have sought to exert an influence on the election of those men and on those- “children of Cologne” whose “spiritual state and historical recollections” have sunk so low!

If the Rhein- und Mosel-Zeitung is only concerned about the originators of that anonymous document, why does it raise such an outcry? Why does it say:

“If anywhere material local interests prevail to such an extent that there is not even a faint glimmering of spiritual and general needs, is it any wonder that those who hold the reins of government in their-hands pay attention only to the former, and the latter are ordered only according to their discretion?”

Closer examination, however, shows that the circular is in fact not so bad as the honourable Koblenz newspaper wants to make us believe. It is even completely justified by the function of the provincial estates as fixed by law. Their legal function consists partly. in asserting the general interest of the province, and partly in asserting their special estate interests. That Herr Camphausen and Herr Merkens are worthy representatives of Rhenish provincial interests is a general conviction that did not need to be confirmed or even so much as mentioned by the originators of the circular.

Since the general qualification of these Gentlemen as deputies to the Provincial Assembly was above all discussion, the question therefore concerned only the special requirements of a Cologne deputy. The question was what city interests Cologne should “first and most importantly” represent in the “forthcoming Provincial Assembly! Would anyone want to deny that these are the “conditions of trade and industry"? But neither would the simple denial suffice; proof would have to be given.

The Rhein- und Mosel-Zeitung particularly objects to the passage:

“Shipping by sail, steam, towage, and the railways, will bring back to our city the period of the old Hansa”

Oh, woe to the poor city of Cologne! How it is deceived! How it deceives itself! “By the realisation of wishes and hopes,” moans the Rhein- und Mosel-Zeitung, “that could at most make you into a big money-bag, they dream of bringing back the period of the old Hansa!”

Poor Rhein- und Mosel-Zeitung! It does not understand that the phrase “period of the old Hansa” is intended to mean only the period of the old flourishing of trade, that in reality the death-knell would have to sound for “all spiritual and general needs”, that its “spiritual state” would have to be totally deranged, and that all “historical recollections” would have to be quite blotted out if Cologne wanted to bring back the political, social and intellectual period of the Hansa towns, the period of the Middle Ages! Would the government not have to make “spiritual and general needs” exclusively its private domain if a town were to have so completely estranged itself from all rational and healthy awareness of the present time as to live only in a dream of the past! Would it not be even the duty of the government, its duty of self-preservation, to tighten its Hold on the reins if the attempt was made in all seriousness to blow sky-high the whole present and future in order to bring back obsolete and decayed conditions.

We want to tell our readers the plain truth. There took place in Cologne — and that is the clearest testimony to its political vitality — a serious election struggle, a struggle between the men of the present and the men of the past. The men of the past, the men who would like to see the “period of the old Hansa towns” restored in its entirety, have been driven from the field despite all machinations. And now along come these fantastic materialists, for whom every steamship and even railway should have demonstrated ad oculos their utter lack sense, and talk hypocritically of “spiritual state” and “historical recollections”, and lament by the waters of Babylon over “the great city of Cologne, the holy city of Cologne, the witty city of Cologne” — and it is to be hoped that their tears will not dry up so soon! 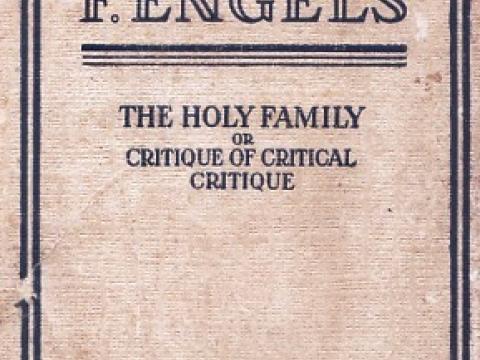 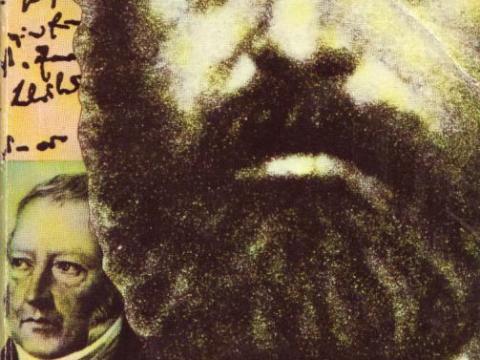 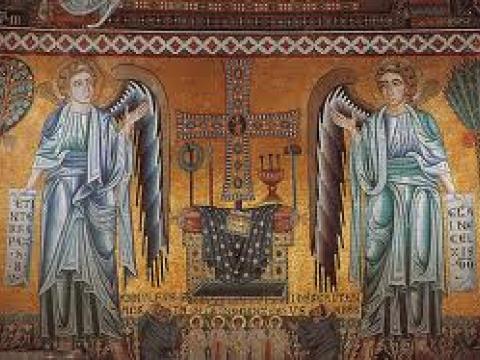 In this concluding Part Two of his essay, Kurz examines the relationship of the ideas of Freud and… 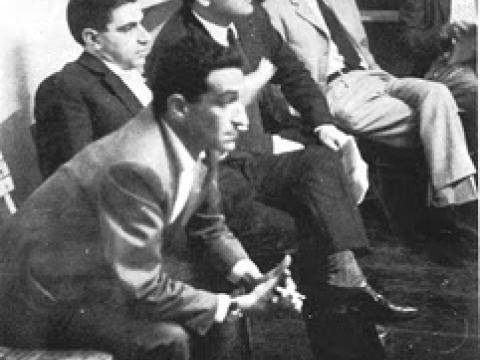