Dutch council communist Anton Pannekoek on the relationship between the revolutionary party and the working class.

The old labor movement is organized in parties. The belief in parties is the main reason for the impotence of the working class; therefore we avoid forming a new party - not because we are too few, but because a party is an organization that aims to lead and control the working class. In opposition to this, we maintain that the working class can rise to victory only when it independently attacks its problems and decides its own fate. The workers should not blindly accept the slogans of others, nor of our own groups but must think, act, and decide for themselves. This conception is on sharp contradiction to the tradition of the party as the most important means of educating the proletariat. Therefore many, though repudiating the Socialist and Communist parties, resist and oppose us. This is partly due to their traditional concepts; after viewing the class struggle as a struggle of parties, it becomes difficult to consider it as purely the struggle of the working class, as a class struggle. But partly this concept is based on the idea that the party nevertheless plays an essential and important part in the struggle of the proletariat. Let us investigate this latter idea more closely.

Essentially the party is a grouping according to views, conceptions; the classes are groupings according to economic interests. Class membership is determined by one's part in the process of production; party membership is the joining of persons who agree in their conceptions of the social problems. Formerly it was thought that this contradiction would disappear in the class party, the "workers" party. During the rise of Social Democracy it seemed that it would gradually embrace the whole working class, partly as members, partly as supporters. because Marxian theory declared that similar interests beget similar viewpoints and aims, the contradiction between party and class was expected gradually to disappear. History proved otherwise. Social Democracy remained a minority, other working class groups organized against it, sections split away from it, and its own character changed. Its own program was revised or reinterpreted. The evolution of society does not proceed along a smooth, even line, but in conflicts and contradictions.

With the intensification of the workers' struggle, the might of the enemy also increases and besets the workers with renewed doubts and fears as to which road is best. And every doubt brings on splits, contradictions, and fractional battles within the labor movement. It is futile to bewail these conflicts and splits as harmful in dividing and weakening the working class. The working class is not weak because it is split up -it is split up because it is weak. Because the enemy is powerful and the old methods of warfare prove unavailing, the working class must seek new methods. Its task will not become clear as the result of enlightenment from above; it must discover its tasks through hard work, through thought and conflict of opinions. It must find its own way; therefore, the internal struggle. It must relinquish old ideas and illusions and adopt new ones, and because this is difficult, therefore the magnitude and severity of the splits.

Nor can we delude ourselves into believing that this period of party and ideological strife is only temporary and will make way to renewed harmony. True, in the course of the class struggle there are occasions when all forces unite in a great achievable objective and the revolution is carried on with the might of a united working class. But after that, as after every victory, come differences on the question: what next? And even if the working class is victorious, it is always confronted by the most difficult task of subduing the enemy further, of reorganizing production, creating new order. It is impossible that all workers, all strata and groups, with their often still diverse interests should, at this stage, agree on all matters and be ready for united and decisive further action. They will find the true course only after the sharpest controversies and conflicts and only thus achieve clarity.

If, in this situation, persons with the same fundamental conceptions unite for the discussion of practical steps and seek clarification through discussions and propagandize their conclusions, such groups might be called parties, but they would be parties in an entirely different sense from those of today. Action, the actual class struggle, is the task of the working masses themselves, in their entirety, in their real groupings as factory and millhands, or other productive groups, because history and economy have placed them in the position where they must and can fight the working class struggle. It would be insane if the supporters of one party were to go on strike while those of another continue to work. But both tendencies will defend their positions on strike or no strike in the factory meetings, thus affording an opportunity to arrive at a well founded decision. The struggle is so great, the enemy so powerful that only the masses as a whole can achieve a victory - the result of the material and moral power of action, unity and enthusiasm, but also the result of the mental force of thought, of clarity. In this lies the great importance of such parties or groups based on opinions: that they bring clarity in their conflicts, discussions and propaganda. They are the organs of the self-enlightenment of the working class by means of which the workers find their way to freedom.

Of course such parties are not static and unchangeable. Every new situation, every new problem will find minds diverging and uniting in new groups with new programs. They have a fluctuating character and constantly readjust themselves to new situations.

Compared to such groups, the present workers' parties have an entirely different character, for they have a different objective: they want to seize power for themselves. They aim not at being an aid to the working class in its struggle for emancipation but to rule it themselves and proclaim that this constitutes the emancipation of the proletariat. The Social- Democracy which arose in the era of parliamentarism conceived of this rule as a parliamentary government. The Communist Party carried the idea of part rule through to its fullest extreme in the party dictatorship.

Such parties, in distinction to the groups described above, must be rigid structures with clear lines of demarcation through membership cards, statues, party discipline and admission and expulsion procedures. For they are instruments of power - they fight for power, bridle their members by force and constantly seek to extend the scope of their power. It is not their task to develop the initiative of the workers; rather do they aim at training loyal and unquestioning members of their faith. While the working class in its struggle for power and victory needs unlimited intellectual freedom, the party rule must suppress all opinions except its own. In "democratic" parties, the suppression is veiled; in the dictatorship parties, it is open, brutal suppression.

Many workers already realize that the rule of the Socialist or Communist party will be only the concealed form of the rule of the bourgeois class in which the exploitation and suppression of the working class remains. Instead of these parties, they urge the formation of a "revolutionary party" that will really aim at the rule of the workers and the realization of communism. Not a party in the new sense as described above, but a party like those of today, that fight for power as the "vanguard" of the class, as the organization of conscious, revolutionary minorities, that seize power in order to use it for the emancipation of the class.

Against this, we raise the question: what force can such a party raise for the revolution? How is it able to defeat the capitalist class? Only if the masses stand behind it. Only if the masses rise and through mass attacks, mass struggle, and mass strikes, overthrow the old regime. Without the action of the masses, there can be no revolution.

Two things can follow. The masses remain in action: they do not go home and leave the government to the new party. They organize their power in factory and workshop and prepare for further conflict in order to defeat capital; through the workers' councils they establish a form union to take over the complete direction of all society - in other words, they prove, they are not as incapable of revolution as it seemed. Of necessity then, conflict will arise with the party which itself wants to take control and which sees only disorder and anarchy in the self-action of the working class. Possibly the workers will develop their movement and sweep out the party. Or, the party, with the help of bourgeois elements defeats the workers. In either case, the part is an obstacle to the revolution because it wants to be more than a means of propaganda and enlightenment; because it feels itself called upon to lead and rule as a party.

On the other hand the masses may follow the party faith and leave it to the full direction of affairs. They follow the slogans from above, have confidence in the new government (as in Germany and Russia) that is to realize communism - and go back home and to work. Immediately the bourgeoisie exerts its whole class power the roots of which are unbroken; its financial forces, its great intellectual resources, and its economic power in factories and great enterprises. Against this the government party is too weak. Only through moderation, concessions and yielding can it maintain that it is insanity for the workers to try to force impossible demands. Thus the party deprived of class power becomes the instrument for maintaining bourgeois power.

In the Russian revolution the party bureaucracy came to power as the ruling caste. But in Western Europe and America the bourgeoisie is much more powerfully entrenched in plants and banks, so that a party bureaucracy cannot push them aside as easily. The bourgeoisie in these countries can be vanquished only by repeated and united action of the masses in which they seize the mills and factories and build up their council organizations.

Those who speak of "revolutionary parties" draw incomplete, limited conclusions from history. When the Socialist and Communist parties became organs of bourgeois rule for the perpetuation of exploitation, these well-meaning people merely concluded that they would have to do better. They cannot realize that the failure of these parties is due to the fundamental conflict between the self-emancipation of the working class through its own power and the pacifying of the revolution through a new sympathetic ruling clique. They think they are the revolutionary vanguard because they see the masses indifferent and inactive. But the masses are inactive only because they cannot yet comprehend the course of the struggle and the unity of class interests, although they instinctively sense the great power of the enemy and the immenseness of their task. Once conditions force them into action they will attack the task of self-organization and the conquest of the economic power of capital.

Is this the same article as http://libcom.org/library/party-and-working-class-pannekoek only translated differently? Seems quite similar, though it reads better than the older upload. 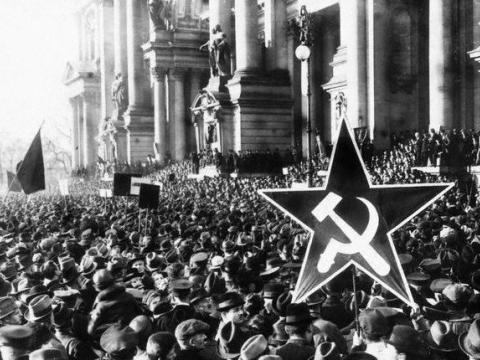 Pannekoek surveys the possibilities and obstacles for communist revolution in 1920.
Image 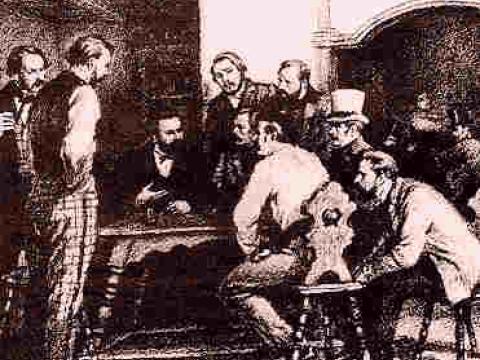 General Remarks on the Question of Organisation (1938) 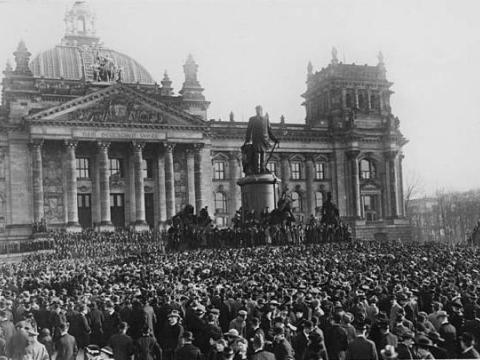 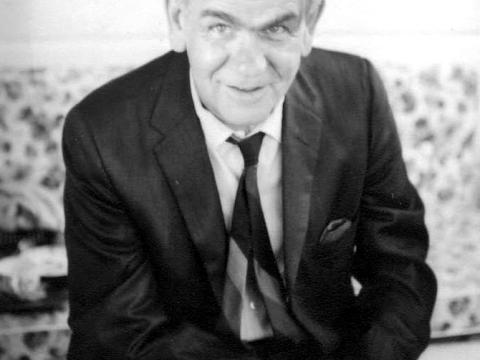 The Revolutionary Contribution of Paul Mattick

Review of Marxism in a Lost Century: A Biography of Paul Mattick by Garry Roth (Haymarket Books/Historical Materialism Series).