Pinochet is at last under arrest where he cannot harm anyone. Guilty of genocide, torture, repression, introducing neo-liberalism to Chile and creating a generation who have known nothing except State terror. Since his seizure of power through the coup, 30,000 people have died - executed, tortured or shot in the streets (in any protest in working class districts the average death toll was 10). And before he left government, he approved an amnesty for all the crimes committed during his dictatorship. That's why he can't be judged here! And the government has the nerve to ask "to forgive and forget".

In 1983, while Pinochet was still in power, massive protests and strikes began. It was a time of the protests of banging empty pans, of bombing police trucks and central stations, of barricades, of the motto "cop seen, cop dead". It was also a time of the CNI (secret police) decapitating teachers, of shootings in the streets and executions at home. It climaxed in 1986, when the failed assassination of Pinochet also took place. In this context, the "democratic" parties appeared, to head off the revolution. In 1990 there was a change of government. Many of us thought it would be a real change, but the school of life taught us otherwise. There was an "agreed transition to democracy" as they funnily called it; for us it means nothing at all to keep things the same. Because of this Agreement, first Aylwin and now Frei (the two presidents of Chile since Pinochet) have to protect Pinochet's immunity and preserve their privileged economic model and the repressive system. All the time they spoke of justice and freedom, but instead we got unemployment, hunger, poverty wages, etc. But many still believed there was a difference between them and those behind Pinochet. This myth was smashed when Pinochet was arrested and both sides called, through subterfuges such as "national unity, national sovereignty", for the defence of the dictator. And I wonder what about this national unity when THEY killed our people? Or what about national sovereignty when they called for the CIA to help save them from "leftists and commies"? What unity can there be between someone who earns U$130 and someone who earns millions? Or where our hospitals have two doctors for 17,000 people and a clinic for the wealthy has 220 doctors for 147 beds. This type of unity means only slavery and the preservation of their privileges and power.

The Rightists argue that "revolutionary" (meaning totalitarian) regimes killed 60 million people this century. We refuse to discuss this, as the Communist Party's states were the counter-revolution and murdered people just as fascists did. But it is wrong to assume that a genuine revolution would result in the same bloodshed. As Bakunin said, "we don't want to massacre people, but institutions", and if someone has to be shot they wouldn't be innocents, but butchers of capitalism. It is also wrong to say that dictatorship saved us from a "red" tyranny, because it led to a real tyranny. The Rightists argue that violence began in the 60s, not so, their violence began much earlier and has endured for the history of Chile. Valparaiso 1903, Sta.Maria de Iquique 1907, La Semana Roja - this violence cost the lives of thousands of workers, some of whom wanted revolution, others merely better wages. The armed groups were a last, desperate attempt to make our demands clear.

We, as anarchists, cannot be naive and think that the British government is "liberal", "democratic" or even interested much in human rights. It still supports capitalism, which is the source of the problem. They also have to show their "citizens" how lucky they are to live in a developed country and not in a country full of dictators, drugs, AIDS and death (most of all, death).

The other important point is that although we think scum like Pinochet should be judged, we don't agree with bourgeois laws and their prisons. We've got to show these contradictions, because Pinochet won't be tortured and if he is imprisoned his cell would be more like a palace. And that's the difficult point, people in Chile think it is good that he is under arrest. We must show them that he isn't the real problem, but that the system judging him is. To have Pinochet behind bars would not be a triumph, nor the end of the struggle. As long as there are states, wages and jails there will be struggle.

For revolution not reformism!

A comrade from Chile 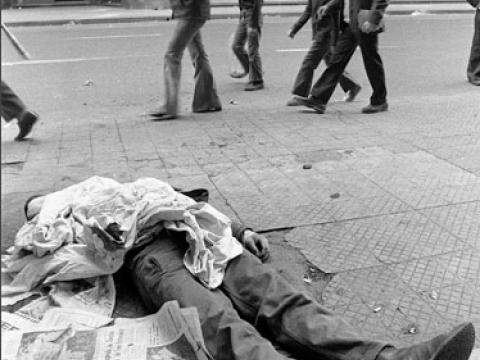 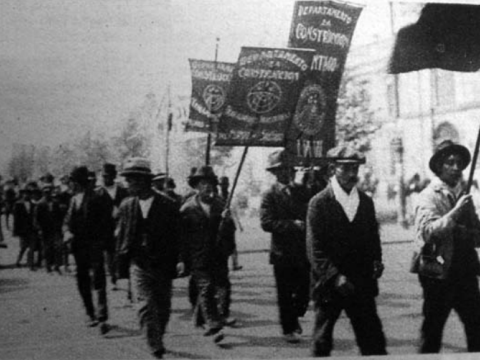 Chile: anarchism, the IWW and the workers movement

Two articles on the history of the Chilean working class movement and its libertarian, revolutionary origins, examining in particular the…