Platformist groups in the year 2000

An overview of the platformist tradition from the year 2000.

Anarchist organisations that have been influenced by the Platform are well aware that it is no Bible full of absolute truths. There is no grouping anywhere that would be so stupid to treat it as one. Anarchists have no need of such things. It is just one of the signposts pointing us in what we believe is the direction of making anarchism the most realistic and desirable alternative to both the present set-up and the authoritarian alternatives served up by most of the left. Its ideas have been developed and modified in the light of experience over the years. Two other relatively well known documents are Towards A Fresh Revolution by the Friends of Durruti (which arose from the experience of the Spanish revolution) and the Manifesto of Libertarian Communism by Georges Fontenis (which arose from French experiences in the post-World War II years). The WSM stands in this tradition because it is the best one we have found, but it is a continually developing, modifying and growing one. We have no tablets carved in stone, and we don't want or need any.

Organisations which are influenced, to varying degrees, by this tradition can be found in countries where anarchism has sunk deep roots, like France (Libertarian Alternative), Switzerland (Libertarian Socialist Organisation) and Italy (Federation of Anarchist Communists); and also in countries where anarchism is a fairly new force, like the Lebanon (Al Badil al Taharouri) and South Africa (Workers Solidarity Federation). In the last year new translations of the Platform have appeared in Polish and Turkish.

In the English speaking world, however, many anarchists are either unaware of what is in the Platform, or are hostile to it. Why? The authors drew a distinction between real federalism, the free agreement to work together in a spirit of free debate for agreed goals; and what they describe as "the right, above all, to manifest one's 'ego', without obligation to account for duties as regards the organisation". As they point out, there is no point making decisions if members will not carry them out.

However, when they went on to talk about a General Union of Anarchists they found themselves under attack from prominent anarchists such as Voline, Fabbri, Malatesta and Camilo Berneri who accused them of trying to "Bolshevise anarchism". I believe that this criticism was wrong. On one hand Voline and his fellow thinkers were opposed because they saw no problem with organisations which were a pick 'n' mix of anarcho-syndicalism, anarchist-communism and individualism with all the incoherence and ineffectiveness that implies. On the other hand many anarchists saw the proposed General Union of Anarchists as some sort of monopoly organisation that would incorporate all anarchists. It is a fault of the authors that they did not say explicitly that the General Union would, as all anarchists should, work with others when it is in the interests of the class struggle.

Neither did they spell out that all the decisions, the policies and the direction of the organisation would be taken by the members after full and free debate. It should not have had to be spelled out when addressing other anarchists but seemingly it did, and the 'Platform' was misunderstood by many as a result of this omission. Further signs of authoritarianism were seen in the proposal for an executive committee. Maybe if they had called it a working collective or something similar the same threat would not have been seen.

The tasks of this executive committee were listed as

The last sentence of the document talks about the aim of the Union to become the "organised vanguard of the emancipating process". It appears that what is being talked about is winning the best militants, the most class conscious and revolutionary workers to the Union. But it is not clearly spelled out. A doubt could exist. Did they mean a more Leninist type of vanguard? When read as part of the entire pamphlet I don't think so, but even if this is not the case it still does not invalidate the rest of the work. It would be very stupid to throw away the whole document because of one less than clear sentence.

Two arguments get used again and again against the Platform. Firstly we are told that it is Arshinov's 'Platform' as if the other four authors were just dupes, but then it would be far less credible to throw the same accusation at Nestor Makhno. It is done because in 1934 Arshinov returned to Russia, where three years later he was murdered in Stalin's purges. What Arshinov did eight years after helping to write the 'Platform' surely does no more to invalidate what was written in 1926 any more than Kropotkin's support for Allied imperialism in the First World War invalidated all his previous anarchist writings.

The other reason is the experience in Britain where the Anarchist Workers Association in the 1970s and the Anarchist Workers Group of the early 1990s both claimed the 'Platform' as an inspiration. Both groups - after very promising starts - declined, degenerated, died and then saw their remnants disappear into the Leninist milieu. This has been held up as some sort of proof that the basic ideas of the Platform inevitably lead to an abandonment of anarchism.

Of course, even the briefest look at the movement beyond the shores of Britain shows that this is clearly not the case at all. But what did go wrong with both the AWA and the AWG? After all, mistakes that are not understood can easily be repeated.

One factor shared by both organisations was that they were formed by people who were already anarchists and who saw the need for an alternative to the loose organisation and lack of theoretical clarity so prevalent in British anarchism. Or to put it simply: they saw a movement with great ideas but a very poor ability to promote them. They started off by concentrating too much on what was wrong with the movement; they lost sight of all that is sensible and inspiring, and increasingly only saw the problems.

In so far as there was regular internal education and discussion it tended to be about strategies and tactics. New members were recruited on the basis of activity in strikes and campaigns, and often had little understanding of basic anarchist ideas. These people had, however, come from a background where anarchists were presented as a group of clowns without two ideas to rub together or as dropouts, incapable of dealing with modern society and wishing for a return to living on the land. There were no formal educationals on the anarchist tradition but a fair few slagging off other anarchists.

At the last conference of the AWG one observer was shocked to discover that someone who had been in that organisation for over a year knew, by his own admission, virtually nothing about the biggest ever practical anarchist experiment - the Spanish revolution. Not surprisingly many of these new members came to believe that the AWG must be a radical departure from anarchism for it seemed radically different from what they had been told anarchism was. This, in turn, strengthened a feeling that there was little to learn from the anarchist tradition.

The result of this was that, as the anarchists got demoralised and drifted away, the remaining members felt they had to move 'beyond anarchism'. In both cases the surviving rumps ended up moving into authoritarian politics. We cannot be surprised when organisations where the majority of members have little understanding of anarchist ideas cease to be anarchist organisations. To expect anything else would be crazy.

The ideas of the Platform can aid anarchists to organise more effectively, but this is meaningless if we have not first ensured that those in the anarchist organisations have a good grasp of anarchist ideas, are confident enough to disagree and debate, and are united by the common cause of making anarchism a reality.

This is just plain wrong. The rump of the AWA didn't join a Leninist group , it became the Libertarian Communist Group, which then later joined Big Flame. There might have been people in there who described themselves as Leninist but there were many libertarians in it the organisation self-described as libertarian socialist.

[The Anarchist Workers' Group] started off by concentrating too much on what was wrong with the movement; they lost sight of all that is sensible and inspiring, and increasingly only saw the problems.

The Platform: What's in it?

A guide to 'The Organisational Platform of the libertarian communists'.

A Reply to Syndicalism: Its Strengths and Weaknesses

A response from Tom Wetzel of the Workers Solidarity Alliance to Alan MacSimóin's article on syndicalism. 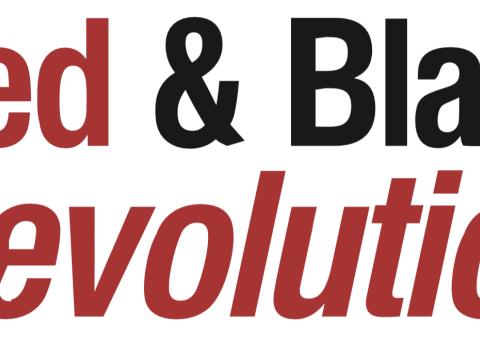 An archive of Red & Black Revolution, an Irish anarchist magazine published by the Workers Solidarity Movement from 1994-2009. Red and Black…

This article describes and explains the internal organizational structure of the Irish anarchist group, the Workers Solidarity Movement, (WSM) as it was in 2008.