Protesting is good for you, say psychologists

A study by psychologists at the University of Sussex has found that as well as potentially changing the world, participation in protests and demonstrations is actually good for you.

This is one of the findings of a large-scale interview study led by Dr John Drury, Lecturer in Social Psychology, into protest crowds and social movements, often known as 'collective action'.

"Many published activist accounts refer to feelings of encouragement and confidence emerging from experiences of collective action," says Dr Drury. "But it is not always clear how and why such empowerment occurs, so we aimed to explain what factors within a collective action event contribute most to such feelings."

The study involved in-depth interviews with nearly 40 activists from a variety of backgrounds, in which over 160 experiences of collective action were described. The range of events described by interviewees included traditional marches, fox-hunt sabotages, anti-capitalist street parties, environmental direct actions, and industrial mass pickets.

"The main factors contributing to a sense of empowerment were the realization of the collective identity, the sense of movement potential, unity and mutual support within a crowd," says Dr Drury.

"However, what was also interesting was the centrality of emotion in the accounts. Empowering events were almost without exception described as joyous occasions. Participants experienced a deep sense of happiness and even euphoria in being involved in protest events. Simply recounting the events in the interview itself brought a smile to the faces of the interviewees."

Psychologists have become increasingly interested in the role of positive experiences and emotions not just in making people feel good but also in promoting psychological and physical health. Uplifting experiences are associated with a variety of indicators of well-being, such as speed of physiological recovery; ability to cope with physical stressors; and the reduction of pain, anxiety and depression.

"Collective actions, such as protests, strikes, occupations and demonstrations, are less common in the UK than they were perhaps 20 years ago," says Dr Drury. "The take-home message from this research therefore might be that people should get more involved in campaigns, struggles and social movements, not only in the wider interest of social change, but also for their own personal good."

do you know what proportion of the interviewees were "activistists" then? As opposed to people who have been on strikes or mass pickets?

If not, then your comment is pretty pointless. Unless you are saying that anyone who has ever been on strike is a mental "activistist".

I'm not surprised that you posted a comment like that, but when you actually think about it does this contradict your personal experience? Have you enjoyed going on mass demonstrations/riots? Have you ever been on strike? If so, did you enjoy it?

If you talk to lots of older people, and they mention involvement in some sort of social movement in the past, like quite a few people do nowadays about the miners strike, they recount happy times, the solidarity, fighting for something they believed in, etc.

you're quoting a press release yeah? you know how these are written, industrial mass pickets are seen as old hat so they'd obviously emphasise the 'sexy' stuff. that said this was done (a) by Johnny and (b) in Brighton, so the activistist assumption isn't too far fetched.

I think protesting is good for you in the same way joining a leftist sect relieves alienation. Its the illusion of making a difference.

right, so what about stuff that makes a difference, like picketing and winning a strike?

that was four out of the 5 activities mentioned - not 80% of the cases. Can you really not understand the difference?

In the rest of your post to go on to say that in fact the study does not contradict your personal experience. So again, what is your problem with it?

I find your comparison of feelings from being involved in collective action with being a member of a leftist sect bizarre.

This study was carried out with a detailed set of interviews. And as you stated, also confirms your person experiences, as it does mine and those of many people I know.

What is the evidence behind your statement?

In fact, I would say that most people's person experiences and memories of being in a leftist sect are negative and alienating. This again is true in my case, and in the cases of many people I know. It would also seem to be backed up by the fact that far more people have left leftist sects than are in them.

I think these posts of yours are simply more reflections of your guilty ex-punk past, where you are feeling the excessive need to distance yourself from your previous role of twatty activistist.

To be fair, while I'm not bothered either way, Steven is defending it based solely on the press release and it's not apparent anyone on here has read the actual study nor does it say where it was published.

I actually know a lot of people who've been traumatized by police brutality in such "direct action", and I'd count myself as one. Also:

"The main factors contributing to a sense of empowerment were the realization of the collective identity, the sense of movement potential, unity and mutual support within a crowd," says Dr Drury.

So, who's with me to join an angry mob then? I heard there's a lot of them damned immigrants about stealing our jobs.

Well isn't it obvious that collective action (regardless of whether right or left wing for or how useful it ends up actually being) is likely to be psychologically good for you? Police brutality excluded, to state the even more obvious. This isn't supposed to be a moral statement so why bother condemning imaginary anti-immigrant actions?

Because ultimately they are making a moral, pro-activistoid statement, by their choice of subject matter. Have they tried to interview lynch mob members, gang-rapists, etc? No, because that would expose this elation they've "discovered" for the base tribal urge it really is.

Nothing wrong with a "base" (as in sinful?) tribal urge unless you are some kind of weird hyper-individualist elevated being without instincts, it's like condemning collective action because 'the nazis used it too'. And it's not 'pro-activistoid', it's a report of their observations.

"Observation," right, utterly objective. If they'd said "acting as part of a mob is good for you", the reaction would have been entirely different, yet that, ultimately, is what their research would lead to taken to its scientific conclusion.

do you know what proportion of the interviewees were "activistists" then? As opposed to people who have been on strikes or mass pickets?

If this is the paper which the press release is about, then it was almost exclusively activists:

Participants
We sought to recruit experienced participants, or activists, who would have a number of different empowering and disempowering experiences to talk about. The background of three of the researchers in recent protest campaigns meant that some of the recruitment was carried out through personal contacts. Other participants were recruited through snowballing from those already recruited and through approaching participants at Sussex University during protests against the (2001–2002) war in Afghanistan.
Since each participant described a number of different experiences, the total of 37 participants was considered sufficient for the analysis. We spoke to activists from a variety of political traditions to be able to get some sense of the variety of types of explanation available. Sixteen participants had a background in the movement of direct action against the UK Criminal Justice Bill in the mid-1990s. Eight participants were hunt saboteurs with a background in animal rights activism and blood-sport sabotage. One participant was an anti-nuclear peace campaigner. The remainder of the participants could be classified by their doctrinal tradition rather than favoured forms of action or campaign: six were socialist (members of Trotskyist or Marxist-Leninist parties), five were (non-partyist) communist, and one was an anarchist.
A large number of different marches, occupations, and hunt sabotages were described. Those most frequently cited were the Brighton Labour Party Conference demonstration in 2001 (12 participants), the M41 ‘Reclaim the Streets’ party in 1996 (9 participants), the protest against the DSIE Arms Fair in 2001 (8 participants), the ‘J18 Carnival against Capital’ of 1999, the national anti-war demonstration of November 2001, and Mayday 2000 (6 participants each).

Because ultimately they are making a moral, pro-activistoid statement, by their choice of subject matter. Have they tried to interview lynch mob members, gang-rapists, etc? No, because that would expose this elation they've "discovered" for the base tribal urge it really is.

Drury, J. (2002). "When the mobs are looking for witches to burn, nobody's safe": Talking about the reactionary crowd. Discourse & Society, 13, 41-73.
(PDF)
Previous research has successfully problematized the pathologizing discourses used to discredit crowd events. However, examples of reactionary crowds can operate rhetorically as an obstacle to a liberatory account of the crowd in history. This article presents an analysis of newspaper accounts of a series of `anti-paedophile' crowd actions which took place in Britain in the summer of 2000. Such accounts characteristically pathologized the crowd not only through use of particular terms and concepts, but also through anecdotes that served as evidence of diminished rationality. The article analyses the rhetorical and ideological functions of these and other constructions identified in the texts, including those offered by participants themselves. A way of talking about the (reactionary) crowd is offered which distinguishes particular crowd ideologies from collective processes per se and which therefore avoids condemning collective action in itself.

I humbly stand corrected, then. Pays to actually look things up, eh? :oops:

actually if we're getting food later he's welcome to come along :)

I'm not particularly fussed about this discussion, but you'd think they'd bother proofreading it a bit better. It's not like it's hard to check how you spell DSEi[/pedantry] 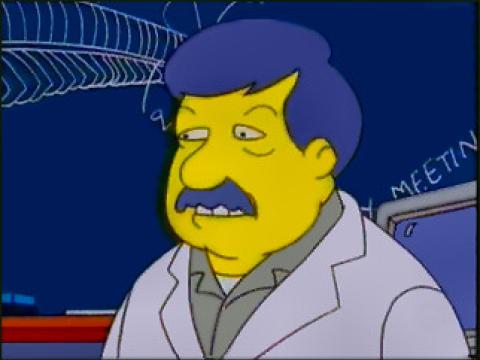 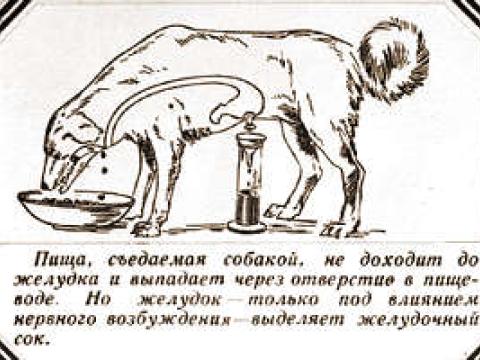 The ignorance of the society of knowledge - Robert Kurz

A short 2002 article by Robert Kurz on the hype about the information society, with its “knowledge…

The children and psychology - Paul Goodman

Paul Goodman on the psychology of children and families.