Originally published in Vol. 5, No. 1 of the Trotskyist journal Revolutionary History.
Reprinted in Echanges et Mouvement no 80/81, 1996.

(A chapter from Out of the Ghetto is here; http://libcom.org/library/battle-cable-st-1936-joe-jacobs)

Joe Jacobs - Out of the Ghetto; Phoenix Press, London, 1991
(Reviewed by Al Richardson)

It is a real pleasure to take the opportunity of the appearance of a second edition to recommend this remarkable book to an international readership, since when it first came out our magazine was not yet in existence. It is also a political duty, for here in black and white (Chapter 12) is the true story of the Communist Party's involvement in the Battle of Cable Street from one of the chief protagonists, as opposed to the mythology that is still going the rounds (cf the article "Turning the Tide" in issue no 1 of Anti-Fascist Action's Fighting Talk).

Older comrades will remember Joe Jacobs as the expelled former Secretary of the Communist Party's Stepney branch, who joined the Trotskyist movement and then broke with Gerry Healy along with Arnold Feldman to join the Solidarity group, where he gained the dubious distinction of being the only member ever to have been expelled, and this on the motion of Ken Weller. In this group he was known as 'the talking machine', a real mine of information, and it is his anxiety never to miss a relevant fact that makes this book so extensive a portrayal of Jewish life in the East End, of street politics, of the unsteady growth of the labour movement and of the pressures that led Jewish workers to become attracted to the Communist Party before the war. He had a real gift for vivid detail. The culture comes alive on the page, even to the extent of discussing Yiddish insults, for example where 'upikoyris' is defined as an agnostic or atheist, apparently unaware of its derivation via Aramaic from 'Epicurean' (pp61-2).

Nonetheless, Joe's background was not a strongly religious one. His elder brother Dave, whom he never met, had gone to Russia to join the Bolsheviks in 1919, became a supporter of the Workers Opposition, had been hounded by the authorities, and went to live in Paris (p12). Joe's own introduction to politics was through listening to a street comer speech delivered by an Anarchist on behalf of the Jewish Bakers Union in the year before the General Strike (pp23-4 ). From there he went on to the Young Communist League and the adult part y (pp43-7 ) The Communist Party became his life: he played a full part in the anti-Fascist struggle and had a burning interest in all other aspects of the party's affairs, keeping the copious documentation that makes this book so rich a picture. As the anti-Fascist activity of the Communist Party evolved towards a less confrontational style of politics under the impact of the Popular Front, he developed deep differences, was expelled, re-admitted, and expelled again for the last time in 1952. The party was clearly his world, hermetically sealing him off from other influences. It was international, and yet strangely narrow at the same time. This is illustrated in all sorts of incidents, particularly those where he encountered other tendencies in the labour movement, and it is these that give the book its stamp of authenticity. For example, he discusses the episode of the United Clothing Workers Union founded during the Third Period (p54). without being aware of how Sam Elsbury was first set up and then left in the lurch by the Communist Party, or of the fact that Sam's brother Ben, one ofthe original Syndicalists in Britain, later became a prominent Trotskyist. Not long afterwards he describes how the Friends of the Soviet Union organised a meeting to 'explain' a trial of 'Social Democrats', which was so badly attended that an 'inquest' had to he held after it. 'Somehow this did not bother me at the time', he observes 'I must have been wearing blinkers.' (p73) Nor does he seek to avoid his own responsibility for these activities, describing how he helped to break up a meeting at the Circle House in Aldgate addressed, after he had left the Communist Party, by JT Murphy, 'so that no one would hear what this "traitor" had to say' (p87). The boundaries of his political awareness were clearly set by the Communist Party, since the Socialist League is repeatedly described as 'Trotskyist' (pp264, 272), and the launching of Tribune is attributed to 'the neo-Trotskyist group within the Labour Party, the Socialist League' (p268).

Another important aspect of the book is how by imperceptible degres it charts the change in working class political life from street activities towards more alienated and institutional forms, either trade union or electoral, for Jacobs himself became a victim of this change through his failure to appreciate what was going on. This was not a phenomenon confined to the Communist Party as a result of its turn to the Popular Front, for rifts were appearing in other organisations along these lines at the same time which did not support this policy. This was the real reason for the split in the Trotskyist movement between the members of CLR James' Marxist Group, who were enthusiastic supporters of the street corner meeting, and Denzil Harber's Bolshevik-Leninists, who preferred to confine their activities to the interior of the Labour Party, leading to the departure of James' adherents from the united group within months of his going to the USA. As this difference is still with us, it is all the more need to study this book as closely as possible.

But to be honest, none of what I have said is a compelling reason for buying it or for inducing your friends to buy it either. The plain fact is that it is a joy to read and deserves to be far more widely known because of this. Were it not for the domination of Stalinism and the New Left over the cultural life of [the] working class movement, it would have been accepted as a Socialist classic years ago.
Al Richardson 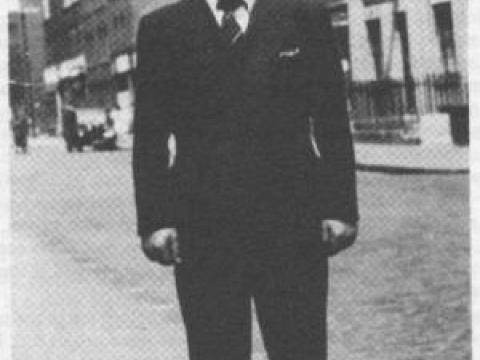 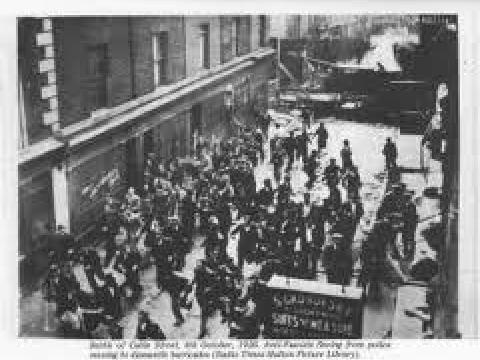 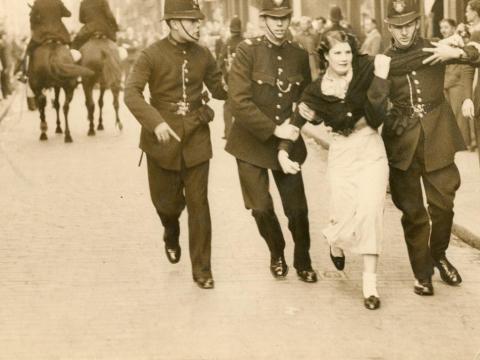 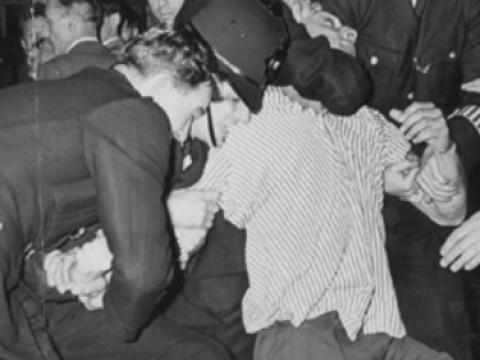