Joe Jacobs of Solidarity reviews a book written by a leading Invergordon mutineer about the strike in 1931.

I got to know Len Wincott soon after the mutiny, and saw him off when he went to the Soviet Union in 1934. I was pleased to be among those who met him again during his recent visit to Britain to promote his book.

From the very beginning of his visit Len made it clear to all concerned that he was not here to talk about his experiences in Russia over the last 40 years. A circular handed out by his publishers stated:

‘During the Second World War he served in the Red Army, but later was arrested as a “British spy” and spent 11 years in a labour camp in the Northern Urals. In 1957 he was released and cleared of all charges when the gates of the labour camps opened after Khrushchev’s denouncement of Stalin’.

Len Wincott, now aged 67, lives in Moscow with his fourth wife Lena whom he married in 1965. He decided to return to the Soviet Union because (as he explained to the assembled newsmen at a press conference) he had no intention of trying to start a new life at his age, in his very bad state of health, when his wife had all her friends and relations in Russia where they were quite comfortable, with access to good medical and other facilities. This meant he could not talk about those things which the press would have dearly loved to report. If he wanted to go back it meant they would be deprived of their stories and, incidentally, so would we. That he was unable to tell us about the Soviet Union says a great deal about the state of affairs existing in Russia today. His silence made a very loud noise!

Len Wincott’s book is a forthright statement of the facts of the mutiny. It contradicts much of what has been written about it by ‘official’ historians an others. It begins with a description of his childhood. He was one of a family of eight with a drunken, brutal father and a long-suffering mother, and was brought up in the dire circumstances of working class life in Leicester. He joined the Navy when he was 16. As he puts it: ‘No one will suppose that a 16-year-old boy was moved by the ideas of heroism to read a pamphlet on how to join the Royal Navy. In my case the urge was certainly the ominous spectre of unemployment.’

Len’s background is an adequate recipe for what went into his actions during the mutiny. The gulf which separated the men from the officers, those who gave the orders and those who were expected to carry them out, was so great that the mutiny had to take the course it did. The officers never had a clue about how the men felt – and they cared even less. Maybe there were one or two exceptions.

The publisher's blurb says: ‘the book tells the story of the famous naval mutiny at Invergordon when the men of the lower ranks spontaneously – and successfully – rebelled against the Admiralty’s decision to make drastic cuts in their basic pay. It was an event unprecedented in naval history with far-reaching consequences for both the navy and the country in general’.

I personally well remember the Invergordon Mutiny. Two leading members of the Communist Party were trapped by government agents in a compromising situation1 . The Party was quite willing to present them as victims of the government’s actions, without making it clear it [the CP] had nothing to do with the mutiny. It suited the government to produce these ‘reds under the beds’ in order to hide the true character of the mutiny which was started, managed and carried through by the ratings of the Atlantic Fleet. The mutiny was self-managed and reached a degree of success which no amount of ‘leadership’ from the Communist Party could have provided.

As Tony Carew said in a letter to Tribune (August 23, 1974): ‘Far from being a model strike such as the Communist Party might approve, it was a relatively spontaneous and loosely organised affair, in which a predominantly conservative body of men showed their ability to take effective action without being led by the hand. And it was nonetheless radical for that’. 2

Some retired naval officers and others have tried to knock Len’s account of the Mutiny. Whatever differences may arise in various accounts of this historical event, it cannot be denied that it was a great example of ordinary people taking matters into their own hands. There is no evidence that the rank and file sailors ever had any contact with any outside person or body (such as a trade union or political party) during the course of the mutiny. All decisions were made by the men on all 8 ships* independently, after the initial mass meeting on shore where it had been decided to ‘strike’.

If you want to know the form and content of a self-managed struggle, in which the rank and file never surrendered the decision-making to any outside, self-appointed leaders, then read this book3 . It’s a practical lesson on many levels – even if, like me, you don’t share all the author’s views. But remember that many of Len’s views are coloured by the fact that he suffered a great deal more from some of those he came to regard as his ‘friends’ than he ever did from his known enemies.

Would be good to get the book itself added to the library, if anyone can find a copy, since I'm guessing it's out of print/copyright?

I bought a cheap library version, and I'm in the process of transcribing it. Its very interesting, reminds me a lot of my childhood in strange ways, only without the abusive dad and not quite as desperate poverty.

It'll take awhile and I'll add it here when its finished. In the meantime the chapters will be uploaded here http://reddebreksbowl.blogspot.com/2020/05/invergordon-mutineer-by-len-wincott.html 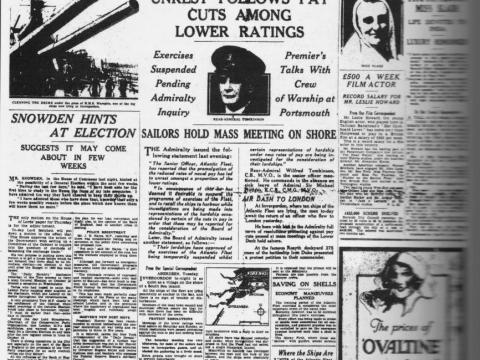 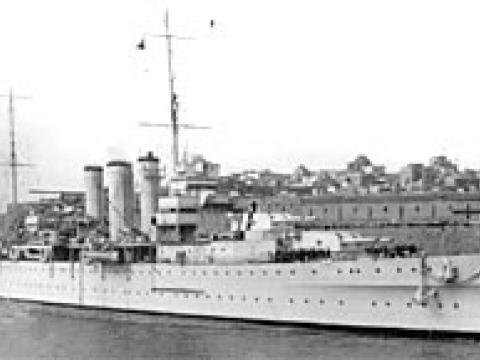 A short account of a strike by a thousand sailors of the Royal Navy that occurred in northern Scotland in 1931 against proposed wage cuts, which…

A review of the late Joe Jacob's excellent autobiography. Growing up in London's Jewish East End, Joe was variously a Communist Party militant, anti-fascist, Trotskyist, and in his later years a member of the Solidarity libertarian socialist group.
Image 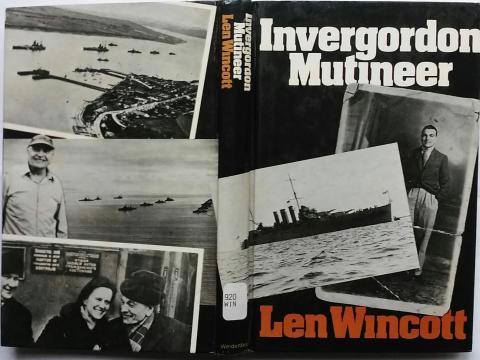 Len Wincott's autobiography of life in the Royal Navy and his participation in the mutiny at Invergordon in 1931. As well as his commentary on…