A 1951 article by Joseph J. Cohen that argues that the 'right for national self-determination' post-World War I caused more problems than it solved.

Words are bound to be the first victims in any era of great social disturbance. Their meaning and content are interpreted in various ways depending on the angle from which the person or group using them looks at the trend of general development.

Viewed in the light of the vanishing past, in which subjugated national groups were forcibly held together in the Hapsburg Empire of Austria, or in the Ottoman Empire of Turkey, the right to self determination of nations, promulgated by President Woodrow Wilson in his historical Fourteen Points, appeared a progressive step leading to greater freedom and a better chance for the peaceful development of international relations. To the nations on the checker board of Europe at the conclusion of the first World War, the right to self determination appeared to be a just solution of the many complex problems arising out of the breaking up of the gigantic combinations of empires competing for supremacy in a world of power politics.

But when we study this problem from present-day experience and the standpoint of the new social order slowly but surely emerging from the chaos of repeated world wars, we find the solution proposed by President Wilson is in reality a stumbling block to lasting peace.

Parceling of each continent into separate hegemonies walled in by guarded boundary lines, tariffs, competing valuta and restrictions against foreigners, tends to insulate the peoples of the earth into antagonistic national sovereignties, suspicious of one another and hostile to everything cloaked in unfamiliarity.

The small, independent governments in Europe, created by the treaty of Versailles as a result of President Wilson’s formula, did not contribute to the solution of a single one of the problems confronting the western world at that time. Rather did the problems become more complicated. The racial groups of Europe are so integrated and blended that nothing short of uprooting and resettling whole populations could separate them into their component parts. Whether they like it or not, they must live together. And any encouragement toward separatism, toward self-determination, is bound to lead to more harm than good.

The baneful tendency of the right to self-determination manifested itself in the newly created states which had owed their very existence to the promulgation of the principle. No sooner had they become autonomous than they began to limit the rights of their minorities. Poland, which had suffered oppression under the Russian tsar, the German kaiser, and the Austrian emperor, immediately set out to oppress, and curtail the freedoms of, millions of Jews and Ukrainians who had lived within her borders since time immemorial. The same thing happened in Yugoslavia, Czechoslovakia, Latvia, and all the other newly created states.

The concept that a nation is endowed with the right to determine its destiny and regulate unhindered the conditions of life within its territory is based on the outworn principle of absolute right to property and on the fallacy that the rights of a nation are parallel to that of the family. Since the law recognizes the individual’s right to own and dispose of property in his own way, people are willing to grant the same right to a nation. The result is demonstrated in Australia, where 7,500,000 people occupying a territory nearly as large as the United States, by reason of their right of self-determination, do not permit people to settle there unless the latter qualify in certain limited classifications. In like manner, the 13,000,000 citizens of Canada occupying an area much larger than the United States feel justified in shutting their doors against newcomers.

Yet this is absurd. It can find no support in morals, ethics, or human usage based on any principle other than force. And any social arrangement depending solely on force must sooner or later lead to conflict and a test of arms. We are slowly coming to realize that, if we are to survive, our existence will depend on the unification of the peoples of the world and their integration into one family. One world or none is not merely a well sounding phrase, it is the sine qua non imposed upon our race by its historical development and the invention of such tools of destruction as the atom bomb and gas and bacterial warfare, which threaten to annihilate us all. Every effort to divide and separate human beings, even when based on the most idealistic of slogans, is a step backward and a hindrance to progress.

By the very nature and logic of its concept, the right to self-determination is applicable only to the basic human unit composing society, the individual. He is perfectly justified in claiming for himself freedom of action and conduct with the sole qualification of not infringing upon the rights of others, and being willing to limit his freedom by the equal right to freedom of his neighbor. Large groups of peoples, whole nations organized as sovereign states, based as they arc on compulsion and guided by raison d’etat, can hardly be expected to do justice to the term. Any recourse to the right of self-determination on their part must bring only discredit to a principle once cherished by well-meaning idealists.

Originally appeared in the anthology The World Scene From The Libertarian Point of View (Chicago: Free Society Group of Chicago, 1951), pp 56–57.

RADICAL ARCHIVES NOTE: We took the basic content of this essay from a somewhat garbled, text-recognition scan of the whole anthology, which is available here, and corrected it against the original.

An article about the growth of the Saudi Labour movement and additional radical opposition groups, focussing on two strikes at the ARAMCO oil company in 1953 and 1956. 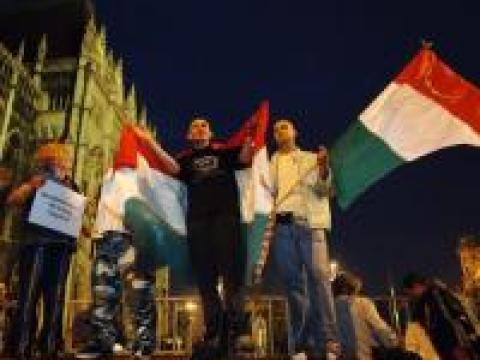 Budapest has seen the largest anti-government demonstrations yet with up to 40,000 demonstrating peacefully outside parliament demanding the… 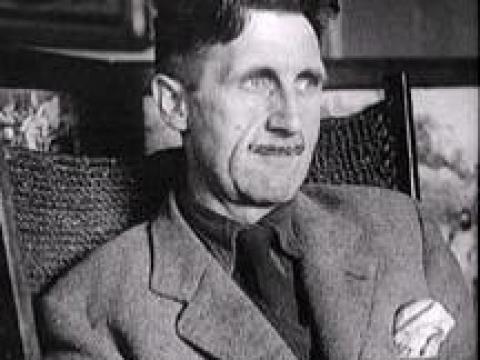 Orwell here distinguishes between patriotism and nationalism; "...the emotion I am speaking about does not always attach itself to what is called… 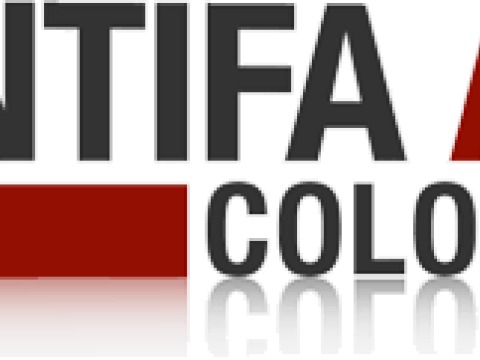 In this text written by Working Group “Just Do It!” of AntiFa AK Cologne, the authors lay out the perspective of "antinational communism"…