According to the rules, theories attain the status of Facts after they have been rigorously tested by reliable, replicable, high-quality research. In practice, a substantial body of published studies in The Best Journals (e.g. The Big Three: The New England Journal of Medicine, Science and Journal of the American Medical Association) supporting a given theory establishes it as a Fact.

Often, however, the harried researcher, pressed for time in the pursuit of lucrative grants, or frustrated by studies that refuse (for unknown reasons) to produce the desired results, has recourse to certain short-cuts.

Some of the most popular time-savers are listed below. This is far from a comprehensive listing, but it gives a general idea of what you can get away with. Get a big-name scientist as co-author, the backing of a Prestigious Research Institute or University ("backing,'' in this case, can be as minimal as use of PRI's letter-head and mailing address), and you're in business.

Important Note: The underlying active ingredient in any of the following ploys is usually a powerful "Tell us what we want to hear'' effect. If your study "proves'' something the prospective funder wants to believe, there will rarely be any problem.

CIRCULAR REFERENCING: Researcher A mentions, in a footnote, that Compound X has been "proved'' completely harmless. Researcher B quotes A, and is in turn quoted by Researchers C, D and E. The next time Researcher A discusses the topic, he cites the papers by B, C, D and E as further proof of his original claim.

If someone tries to pin you down on your original footnote, cite a "personal communication'' (i.e., phone call or unofficial letter) with another scientist. It's best if your personal communicant lives far away, is difficult to reach, and doesn't speak English; or, better still, is dead.

STEP-WISE EXAGGERATION: Famous Researcher A publishes a study proposing that smoking is responsible for 8 percent of all lung cancer. Researcher B cites this study, saying that smoking is responsible for "nearly a tenth'' of all lung cancer. Researcher C translates this to 10 percent, and Researcher D points out that since smokers are only half the population, this 10 percent is really 20 percent (logically this makes no sense, but on a fast reading it SEEMS to).

Researcher E casually refers to D's paper, giving the statistic as "almost a quarter'' of the population (having forgotten that it was only smokers that D was talking about). Finally, Researcher A, upon reading E's report, notes that current studies show that smoking is responsible for three times as much of the lung cancer as he originally thought (i.e., 25 percent instead of 8 percent). When A's statement is published -- prominently in several major daily newspapers -- Researchers B, C, D and E all triple their previous estimates, citing the highly respected A. Thus, the original 8 percent has ballooned up, in E's revised estimate, to 75 percent percent.

NAIVE SUBTRACTION: Dr. Industry decides to estimate the environmental causes of cancer by taking the known cancer rate and subtracting all "proven'' sources of cancer from it. By using generous estimates for these causes -- preferably "lifestyle'' factors, like smoking and diet -- Dr. Industry finds that only 2 or 3 percent of all cancers are "unexplained.''

DRY-LABBING: To "dry-lab'' a study means to fake it; to make up the numbers without actually bothering with all those test-tubes and things (thus leaving your laboratory nice and clean -- i.e., "dry'').

The chances that anyone will ever ask you to produce your original lab reports and notebooks are pretty slim. Recent experience shows that even if a lab worker sells out and denounces you, they are unlikely to be believed. Of course, someone could replicate your study and fail to get the same (i.e., faked) results; but you simply accuse them of screwing up somewhere. It will take, at the very least, several years for anyone to sort it all out.

COMPETING TOXICITY: The Fed has demanded, as a precondition to licensing, that DeathCo's new product, Liquid Death, be tested for its potential to cause cancer. So DeathCo gives Liquid Death to 17,000 mice -- but at a dose so high that they all die within weeks. Since it usually takes several months to develop a tumor, very few cancers are reported.

Such a high death-rate could be some cause for concern; however, the Fed didn't ask "how many mice will drop dead in weeks?'' it asked "how many will develop cancer?'' DeathCo's study is published as "proof'' that Liquid Death doesn't cause cancer -- "even when very high doses are administered.'' This proof will stand, unchallenged, until someone with 17,000 spare mice decides to replicate the study.

Medicine and the Spanish Civil War 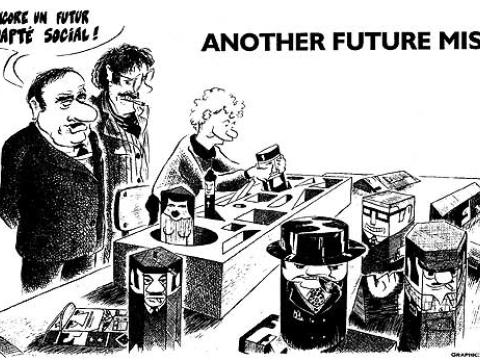 The medicalisation of everyday life

NHS doctor and science writer Ben Goldacre writes about bullshit medical research, bogus science reporting, the placebo effect, and everything else from postmodernism to evolutionary psychology.