THE STUDY GROUP ON INDUSTRIAL DEMOCRACY held at Nottingham in April (and convened by the journal Voice of the Unions), concerned itself largely with the policy and demands to be adopted by the unions if and when a Labour government is returned in the autumn. Ernie Roberts of the AEU pointed out that there were many Labour Party resolutions on the subject which had never been implemented. “Cripps, said that the workers were neither fit nor ready to control industry. Morrison not only said it, but made certain that it would be so”. Ken Coates reminded the participants that their discussions were taking place in the context of a capitalist system which is moving closer and closer to state capitalism: the direct opposite of workers’ control; and several other speakers pointed out that unless the Left built up now a movement for workers’ control, the initiative would certainly be taken by the right-wing of the Labour Party, to divert left-wing militancy, whether in the nationalised or “co determination”, under the banner of “orderly industrial relations”, productivity, and so on.

Participants differed in their assessment of the extent to which a demand for workers’ control can be said to exist. Peter Jackson pointed to a recent survey in the steel industry, showing a desire for workers control of 15 per cent. (But think: if only 15 per cent of workers were actually and actively demanding workers’ control!) Other speakers were sure that a revival of the idea within the trade union movement was imminent, if not already in evidence: Tony Topham for instance, drew this conclusion from the sharp growth in the number of shop stewards in the engineering industry, and the simultaneous increase in the number of strikes over “non-economic” issues in the industry. “The number of disputes concerned with management prerogatives”, he declared, “is growing all the time”; There is evidence that the employers realise this, and much of the discussion following the Rookes v. Barnard case has been aimed at disciplining the shop stewards, as have the proposals to run “educational” courses aimed at indoctrinating them.

Topham have developed this theme in a subsequent article, citing Prof. H. A. Turner’s study of the increase in stoppages in the mining industry, which Turner interprets as showing “an implicit pressure· for more democracy and individual rights in industry “since “it seems clear that … one is dealing with a strong contemporary current of feeling which has not so far been satisfied by the limited development of joint consultation.”

Richard Fletcher, a London Co-operative Society committee mem-ber, who led the discussion on the role of workers’ control in the Co-op movement, pointed out one curious aspect of that movement’s current malaise. In the recent London Co-operative Society elections, under 2 per cent. of the members voted. It was estimated, he said, that 80 per cent. of the people who actually voted were co-op employees, ex-employees or relatives of employees, with the result that a kind of accidental de facto workers’ control exists. How paradoxical then. was the situation in the Works Department of the London Co-op, where the left-wing militant members of the committee have, at short notice, declared 200 of their staff redundant. Here surely, was a field for experiments in workers’ control under a collective contract or self-management system: to operate the Works Department as a syndicate or workers’ co-partnership, building for example, houses for co-op members.

This led to some pessimistic observations from Peter Elderfield. based on his experience of trying to organise and to keep solvent, cooperative co-partnership building firms. And yet, as he pointed out, co-operatives have built 750,000 houses in Germany since the war, the French producer co-ops have built 400,000 houses, and in Sweden 40 per cent. of all housing was built by co-operatives. (Might not the basis of his unhappy experience be not so much the inability of workers to organise on their own, as the difficulty of operating, with insufficient capital, within the framework of a capitalist economy?

Everyone seemed agreed that if we are going to develop a movement and a demand for workers’ control, it must be within the trade unions, and at the same time it was recognised that the unions were not the appropriate vehicle for workers’ control. As Tom Bottomore put it in his address on the second day, two separate systems of organisation are needed, since the trade unions could not manage the plants and represent the workers’ interests defensively at the same time.

And Michael Barratt-Brown, who led the discussion on the possibilities for action in the publicly-controlled industries, suggesting that the first step for “encroaching control” in the mining industry, was on three kinds of policy decision—safety, hire-and-fire, and manning of the coal-face, remarked that while the NUM should be the channel for workers’ intervention in decision-making, “the delegates should not be the little demi-gods who run some of the union lodges.”

An address delivered in Union Temple, Minneapolis, Minn., July 10, 1905 Originally titled The Preamble of the IWW 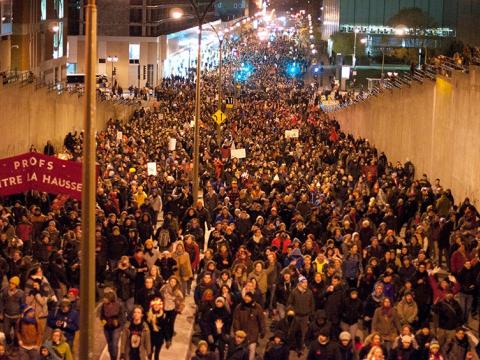 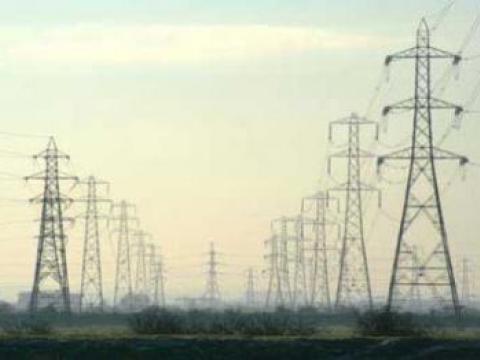 A SolFed member who has worked as an electrician since the late 1970s shares his experience of the electric supply industry, privatisation and…