From the Russian of Ezekiel Leavitt.

In the cold North, between the stony rocks,
A lonely streamlet, sorrowfully flowed.
Foaming the spray dashed, and the rocks looked down,
As if they whispered, "Whither leads thy road?

"Why hast thou come here to the wilderness,
A tardy guest? In this lone desert gray
Thy waters in the darkness will dry up;
Thou canst not through the passes break thy way."
Clear, pearly spray fell on the rocks like tears,
Gleaming like steel, the streamlet wound along
Softly, as if it answered to the rocks:
"Oh, ye are wrong! Rocks, ye are wholly wrong!

"Ye laugh at me in pride: 'We rocks are strong;
Thou, streamlet, weak. We ne'er shall be o'erthrown!'
Rocks, laugh not! Granite does not last for aye;
Continual dropping hollows out the stone."

be introduced into the mutual covenant of all federated bodies of workingmen as the very first necessity. It recommends that an understanding be sought between the united federations of workers and the anti-militarist organizations. Meanwhile local groups continue to meet and effect distribution of anti-militarist placards and literature.

There seems to be a reappearance of the perennial idea of a universal language; this time it is "Esperanto"; and the avidity with which it is being seized and propagated by our European comrades is evidence sufficient that there are certain demands for international information which could be more easily, supplied through the channel of a universal language than the roundabout courses now open. An appeal has been issued for help to bring out a journal in the new tongue.

A new anarchist monthly, En Marcha, has appeared in Uruguay. Those who read Spanish, and are curious to know the progress of radical ideas in the less aggressive countries of the earth, should get it. Address, "Centro International de Estudios Social, Rio Negro, 274, Montevideo."

The free communist group of Stockel-Bois, Belgium, has changed the name of its paper, "The Insurgent,' to "The Emancipator"; this as the result of the conference of delegates from all over Belgium, recently held at Stockel-Bois. Perhaps the new name gains in mellifluousness what it loses in force.

Colony experiments are multiplying in France and the Netherlands, chiefly through the efforts of the young comrades who are not content to be warned by the failures of their elders, and who insist that they desire to try and to make their own failures if needs be, but to try at any rate. In this they are right. However disheartened we may be with our own attempts or those of our generation, let us not restrain the young from pursuing the ideal of a free life as they see it. Failure in trying to get what you want is better than success in getting what you don't want.

Alexander Herzen, Jr., son of the great Alex Herzen, who was the stormy friend of that storm-petrel Bakounine, died recently at Lausanne, Switzerland. His was the life of the quiet savant, having been, since 1881, professor of physiology at the University there. Nevertheless he was one of the strong and steadfast supports of freedom in moral life, having written well on the subject: "What is morality?" from the standpoint of the freeman.

On November 3d the first number of the new Anarchist labor paper, "The Voice of Labor," will be issued at 127 Ossulston street, London N.W., England. The object is to bring the English workers into line with the advanced movement of other countries, pointing out to them the futilities, imbecilities and the chicanery of politics, and encouraging them to orginize along economic and revolutionary lines. Among the contributors will be P. Kropotkin, A. Marsh (Musicians' Union), John Turner1 (Shop Assistants--Retail Clerks--Union), T. H. Keell (London Society of Compositors), and other well-known writers. An American letter by H. Kelly dealing with labor matters in this country will appear weekly. All who wish to get a clear, sane view of the labor movement in Great Britain should read the "Voice of Labor"; it will contain eight pages; the price is one dollar a year. Send subscriptions to the "Voice of Labor," 127 Ossulston street, London N.W., England, or to H. Kelly, 210 East 13th street, New York City.

1Those who were desirous of hearing Mr. Turner in this country, but were unable to do so owing to his deportation by the U. S. Government, will through this medium have the opportunity of learning some of his views.

It is a well-known fact that popular instruction in Spain is sadly neglected, almost as much as in Turkey and Russia. What little is given is poor in quantity as well as in quality, chiefly in the latter respect, as it rests under the control, more or less, of priests and monks, who take care that the modern tendencies are as much ignored as possible by the underpaid, starving schoolmasters, whose will is generally subservient to that of the Church.

A good friend of ours, Professor Francisco Ferrer, who spent several years of his life in Paris as an exile, was in the habit, amongst the circle of friends he made in the French capital, of complaining bitterly of the imperfection of the whole of the Spanish education system, and of telling with much enthusiasm what he would do in the way of public instruction if he had the needed financial support. A wealthy lady who was much impressed with his theories left him a considerable portion of her fortune, and Ferrer at once went to Barcelona and started La Escuela Moderna (the Modern School), in praise of which it is enough to say that its success was so marvelous, from the very beginning, that branches had to be established in numerous parts of Spain.

Besides providing good teachers, Ferrer turned his attention to the lack of suitable text-books and reading-books for children in Spain, and provided both by suitable translations and adaptations of French standard works, and by appealing successfully to native talent.

Amongst the works thus published there are, besides translations from Reclus, Kropotkin, Malato, Jean Grave, Letourneau, Paraf-Juval, Engerand, etc., textbooks written in Spanish by Buen and Vargas, professors of the Barcelona University, by Ramon Cajal, the greatest Spanish naturalist, by our Spanish friends, Anselmo Lorenzo, Nicolas Estervanez, Dr. Lluria, Federico Urales, Mrs. Jacquinet, Pi Arsuaga, etc. Needless to say, all these books are decidedly rationalist and frankly revolutionary in tendency--just what is needed to prepare a new generation of free citizens. This precisely explains the hatred and animosity entertained towards Ferrer and his work by the two most potent factors in the Spanish State--the Romish Church and the Army. Their representatives waited only for an opportunity to act, and the opportunity sought came on the occasion of the attempt on the lives of the Spanish sovereigns by Mateo Morral.

Morral, who had rather large private means, enriched the Library of La Escuela Moderna, and volunteered to act as librarian. After he had committed suicide, his acquaintance with Ferrer was found a sufficient motive for arresting the latter and seizing his fortune, or rather the money left him in trust for a purpose.

Those who are acquainted with the ways of Spanish justice in political matters--as revealed to the world by Montiuich, Mano-Negra and Alcalá affairs--will not need to be told that the Spanish inquisitors have more than one way of proving guilty any man they want to get rid of.

Several prominent Freethinkers and Revolutionists, as well as all our comrades on the Continent and in England, are now making a vigorous fight on behalf of justice. Press campaigns have already been started by many independent papers in Spain; by the Tribuna and Messagiero in Italy; by the Labour Leader in England; the Express in Belgium; by L'Intransigeant Echo de Paris, Action, Temps Nouveaux, Courrier Européen, Petite République, Dépêche, and many others in France.

A first victory has already been gained by this agitation. The Spanish government, who intended to submit Ferrer to a court martial, which in Spain always condemns the accused, whether they are guilty or not, has at length decided to remit the affair to a civil tribunal.

Now we must demand a prompt and a fair trial, and compel the Spanish government to allow the Rationalist schools, which have all been closed throughout Spain, to reopen their doors and to continue without hindrance the work of education and emancipation. 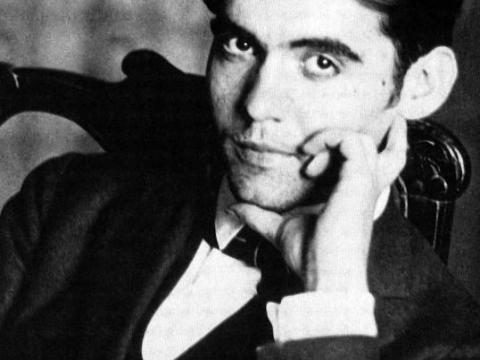 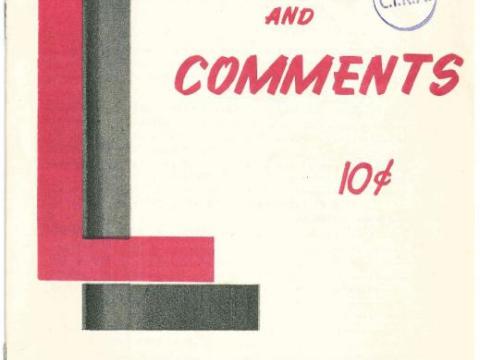