Workers councils in the German revolution, an discussion between Rudi Dutschke and Bernhard Reichenbach

Discussion and analysis with a member of the KAPD on the party and its activity.

The Kommunistische Arbeiter Party Deutschland (KAPD) originated in a split in the German Communist Party at the second congress in Heidelberg in October 1919. The majority of the Communist party were expelled for their opposition to parliamentary and Trade Union activity, and founded a new party the KAPD.
The interview below is with a founder member of the KAPD, who was active in the German revolution, and is part of the material we plan to us in the [unreadable] a pamphlet on the struggles for WORKERS COUNCILS in the German revolution.

The relevance of the struggle in Germany in 1918-23 has been heightened by the rise of SDS and the recent wave of unofficial strikes in the coal, steel and ship building industries. As in France and Italy the question of workers councils is now being debated.

This discussion between Rudi Dutschke and Bernhard Reichenbach took place in June 1969.

Rudi: Assuming your analysis of society was valid at the time, where do you locate your failures?

B.R: A valid social analysis is one thing, implementing it in reality is another matter. One should distinguish between the theories of the KAPD and the practise through which it attempted to implement them, although the two are obviously interrelated. Up to 1923 we based ourselves on the revolutionary activity of the working class which was widespread throughout Germany in the wake of the collapse of the Kaiser regime, its political, social, economic and ideological institutions, but from the defeat of the March 1921 and later 1923 insurrections it became evident that whereas during periods of political collapse, and economic misery the working class exhibits independent revolutionary initiative and readiness to sacrifice a lot for the creation of a new social order it does not sustain this type of activity during the prolonged periods between one political/economic crisis to the next.

Rudi: You said you had certain doubts concerning Marx’s theory, could you elaborate?

B.R.: We, who considered ourselves as Marxists at the time, laid too much stress on the “objective conditions” as well as on the role of material misery. We underestimated the role of the individuals, which in certain conditions – can become the decisive factor. I think that Marx’s stress on the main motivation for revolutionary activity is not always and everywhere valid, whereas his sociological insights still are.

Rudi: At the time you acted as an extra parliamentary opposition, do you consider this essential?

B.R.: Yes, because this educates people to act on their own political initiative, independently of any representative.

B.R.: Definitely. You must remember that during 1918 there was an actual revolutionary situation in Germany. Any partaking in parliamentary activity was considered as betrayal, because that parliament, amongst other things, was held responsible for the war. During 1919 almost all the left politics took place within the workers councils, not in the trade unions or parliament. These were consciously, extra and anti-parliamentary institutions. The trouble was that in those councils the Social Democrats were in the majority. This was very much due to their insistence on economistic rather than political, and reformistic rather than revolutionary demands. It is those factors that made us doubt the independent revolutionary initiative of the class. The Social Democrats did not impose their views, their majority reflected the will of the broad mass of workers inside the councils, and that even during such a revolutionary situation.

The conditions in Germany differed considerably from those of Russia. Russia emerged from centuries of autocratic rule and the whole social atmosphere was ripe for a fundamental change of political institutions, a tradition of government by elected representatives. Germany had a tradition of government by elected representatives, in such circumstances it is much harder to accomplish a political revolution because it appears as coercion against democratic representatives. Moreover, after all the years of a Rightist majority in parliament the victory of the Social Democrats appeared as a decisive victory for the left. It is true that the decisive arena of the struggle for political power was within the workers councils but, the reasons mentioned earlier, any action against the elected government was out of the question especially while those in government had a majority inside the councils.

Rudi: How many revolutionary parties existed then?

B.R.: In 1920 there were five parties aspiring to achieve socialism by revolution, all of them defining themselves as Marxist. Apart from this there were various Anarchist groups. The working class was torn by the mutual strife between those organisations and did not exhibit unified action vis-à-vis the Bourgeoisie.

Rudi: What could you tell us about the 1921 insurrection?

B.R.: At the time I was in Russia, as an observer on behalf of the KAPD in the session of the Third International. The German Communist party came out openly against that insurrection whereas our party actively supported it. Lenin declared the insurrection “Adventurist”, yet afterwards Paul Levi, the secretary of the party who was responsible for its policy was dismissed for his failure to support it. He was replaced by Clara Zetkin, who incidentally continued to carry out the political line of Paul Levi. A person was dismissed, the policies remained. Moreover, both Lenin and Trotsky endorsed Zetkins policies.

Rudi: Do you believe that there was any connection between the New Economic Policy of Lenin in 1921 and the policy of the Third International towards the March 1921 insurrection.

B.R.: There was no direct connection. However, one can discern some common underlying factors. The NEP was considered by Lenin as a fortification of the political revolution in Russia; he considered that revolution as a process which had already terminated. The Bolsheviks expected a revolution in Western Europe. This failed to occur. This created an ambiguous relationship between them, as a ruling party and the capitalist regime in Europe; on the one hand they wanted normal inter-state relations which would ensure peaceful borders on the west, on the other hand the revolutionary struggle inside those countries weakened those regimes. Once the disillusion with the revolution in the west sunk in they began to consider the revolutionary movements in the west mainly as an auxiliary tool of Russian foreign politics. This attitude of the Bolshevik politicians towards the revolutionary movements in the west did not start with Stalin, but with Lenin and Trotsky back in 1921.

Rudi: Could you describe the actual activity of the councils vis-à-vis the Unions and parties looked like?

B.R.: Independent councils based on factories rather then trades, as was common earlier, appeared spontaneously all over Germany. This was to a considerable extent a result of the economic chaos. When a factory came to a standstill due to the lack of fuel or raw materials there was no one to turn to help. Government, parties, unions, capitalists could do nothing to solve the basic problems of transportation, raw materials, fuel etc. Resolutions, orders, declarations, even paper money, were of little use. Under such circumstances the factory workers would form a factory council and set out to solve those basic problems by themselves. We of the KAPD believed that the traditional Trade-Unions were an obstacle to the creation of a new society, and that the main thing was to encourage direct action, independent of the unions.
Rudi: Why did the KAPD disband in 1923?

B.R: When the March 1921 insurrection failed, and later also the one in 1923, only a few hundred activists remained in the party. Originally we were a party of industrial militants, with only very few paid functionaries. When the direct activity of the industrial militants died down our party simply ceased to exist. It was not a matter of taking political resolution; when our militant workers ceased to be active all that was left to do was to acknowledge that fact and draw the conclusion. We the younger activists, decided to enter other political parties, simply because this was the only place where we could meet politically minded workers and try to win them over.

I found the scan hard to read so I typed it out.

Oh and while looking through KAPD/AAUD-E stuff I found another expanded version of the interview with Bernhard Reichenbach http://libcom.org/library/bernard-reichenbach-kapd-retrospect-interview-member-communist-workers-party-germany 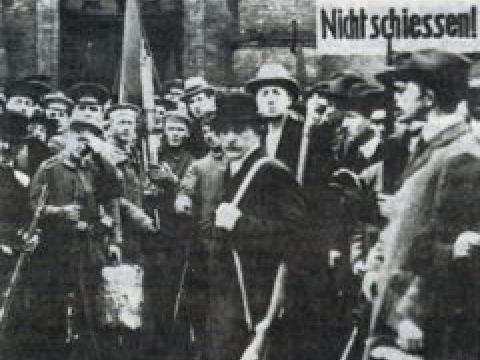 Bernard Reichenbach:The KAPD in retrospect - An interview with a member of the Communist Workers Party of Germany

A former member of the anti-parliamentary, councilist KAPD describes his… 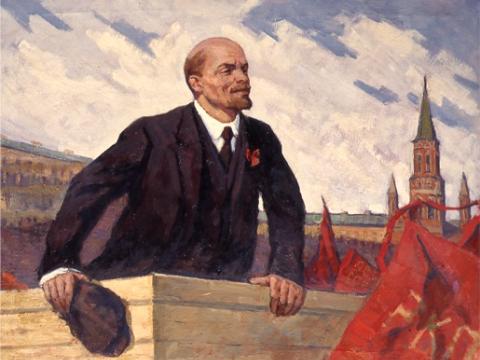 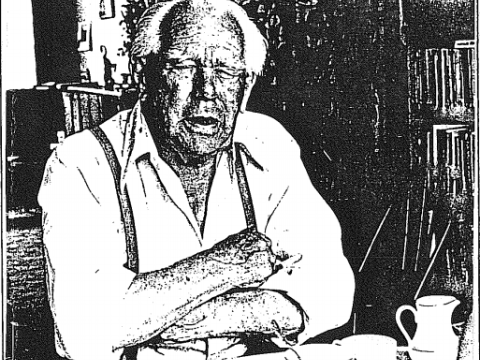 A short biography of Jan Appel, a German council communist.