Confirmation has just been recieved by Organise! and the Belfast Joanne Delaney Support Group that Joanne has been reinstated.

The campaign for Joanne's reinstatement had been growing over the past number of weeks with pickets of more and more Dunnes stores. Everyone who was engaged in acts of solidarity with Joanne has had a part to play in this victory.

In the north the initiative in picketing Dunnes outlets was taken by Organise! who were quickly joined by others, including the Belfast and District Trades Union Council, in the demand that Joanne be reinstated and the right of workers to organise be upheld.

Following a decision to up the campaign by Joanne's union, Mandate, she said she “was delighted with the decision of Mandate. I have been very buoyed up by the level of support from shoppers at the Ashleaf Centre, and the protests that have been taking place at Dunnes shops throughout the country and in Northern ireland.”

Joanne Delaney was sacked by Dunnes stores in November 2005 for wearing her union badge on her uniform. 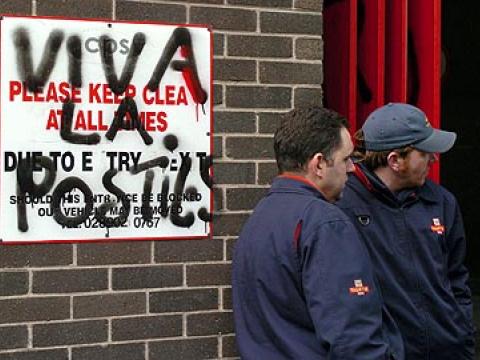