At St Bartholemew’s hospital in London, £1bn for re-development has been authorised to be split between the facility and the Royal London. The deal will be run on a PFI basis, meaning that companies will effectively loan the hospitals money for the revamp, to be paid back over a 35 year period.

The controversial system of financing has faced powerful criticisms and setbacks over the last few years, after several flagship programmes proved to be massively expensive failures.

Design flaws in projects such as Cumberland’s Royal Infirmary, the first NHS hospital project to be financed by PFI, saw a drop in bed numbers, poor design leading to ‘bed jams’, and major architectural problems after outside contractors with little knowledge of NHS needs took charge of the redesign. Cut corners in building quality led to sewage overflows and shortages of space. The cost, meanwhile was £500m for a job which, according to one source, should have cost £64m.

Similar problems have been reflected across the sector, prompting senior figures in the government’s own architectural commission to label PFI a ‘disaster’. The furore led last year to the delay of plans to bring 70 hospitals into a massive scheme which would have seen the largest building project in decades for the NHS – financed via PFI.

But having diverted the PFI project into schooling and housing, the government announcement, the second recent ‘pro’ decision (the first allowing construction of new oncology and haematology facilities in Yorkshire) may herald the return of the plan. Having approved the move, work will begin within weeks and the new facilities have been given a 2016 completion date.

In Leeds meanwhile, tenants on the ‘Little London’ estate have voted through plans for an £85m PFI project. The scheme affects 900 council homes, and entails the selling of attached land to renovators for a 125-house development.

Originally the PFI project had been voted down by a majority of tenants, after a vote in 2000 with a 67% turnout saw 54% say no. The changes were then voted through in a new vote on a 46% turnout, after rebellious voting areas had been excluded from the plan. The scheme will be paid back over a 30-year period. 435 council homes will be demolished or sold, with the released land used to create 400 new or refurbished private homes. Of these, 300 are ear-marked as "affordable", (£55,000 to £110,000).

Only 125 new council homes would be built to replace those lost. At least 435 and as many as a 1000 people would have to leave, receiving £3,800 compensation. 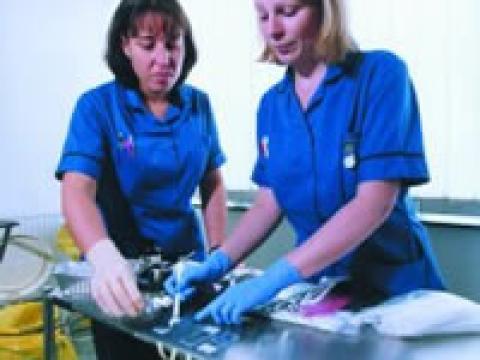