In the mountains of southeastern Mexico, Unreported World finds 400
members of an indigenous community, who are fighting for independence,
holed up in bullet-ridden homes and surrounded by a militia in an
unreported war.

Reporter Evan Williams and director Alex Nott visit Yosoyuxi, a
neighbouring village to the besieged town of San Juan Copala. Members of
the local Triqui Indian community, fed up with years of conflict and
government corruption, are attempting to break away and set up their own
mini state, but locals tell Williams that those supporting the movement
face extreme violence.

Fifteen-year-old 'Timoteo' says his parents were shot and macheted to
death. Since then he has struggled to look after his brother and sister on
his own. He believes his parents were killed as they were leaders of the
rebel movement.

News comes through that the people of San Juan Copala have come under
sustained gunfire from the surrounding militiamen. Williams and Nott join
armed men from Yosoyuxi on a foot patrol to find out more. The team trek
into the dangerous woodland leading to the town. Scouts are sent ahead to
check the area is clear and that no ambush has been set up by the militia.

The team make it to a steep ledge overlooking the town. Over the radio
residents tell the patrol the gunfire has stopped but it's too dangerous to
go any further. Four hundred men, women and children remained holed up
after militiamen shot into the streets at anyone who was moving in the
recent attack.

San Juan Copala is the spiritual home and economic capital of the Triqui
people. The rebel movement's main grievance centres around corruption and
their claim that one million dollars of public money designated for public
spending is stolen by the state government every year.

The next morning, Williams and Nott witness chaos and panic as news comes
in that San Juan Copala is being stormed by the militia: this time with the
backing of the state police. There's widespread fear that the government,
through the militia, want to end the rebel movement once and for all.
Residents ask the crew to leave: it's not even safe in their village now
and tensions are running high.

The team travels to meet Father Francisco Ube, who's worked with the
Triqui for 40 years. He reveals that the militia besieging the town are
called Ubisort and are also Triqui Indians. Ube claims they've been bought
off by the state: a familiar divide and rule tactic used to control
rebellious indigenous groups.

The team meet Ubisort militia leader Rufino at his murdered brother's
funeral. He says the rebel movement were responsible and are a violent
militia themselves. Rufino tells the team the rebels are operating outside
the law and takes them towards San Juan Copala.

His forces have pushed forward into the town but yet again it's too
dangerous to go further. Gunshots ring out and it's clear the fighting is
far from over.

When confronted by Williams, the state minister for human rights doesn't
deny that money designated for indigenous groups could be lost to
government corruption. However he says this was something they were trying
to stop.

The minister also admits the state do fund Ubisort for specific social
projects but didn't know if they were using this money to buy weapons.

As the violence continues, it's clear to Williams that while the world's
attention is focused on the Mexican drugs war, this largely ignored vicious
civil war amongst the Triqui Indians is yet another sign that the country
is fast spiralling out of control.

Made a special effort to watch this. It was a horrifically imbalanced, unresearched piece of sensationalism. No mention was made of 2006, or even any reasons given for the rebellion, beyond some vague idea of autonomy.

Moreover, in real terms, the militiamen defending Copala were cast as unscrupulous thieves (comandeering the idiot presenter's car while he stares into the camera in hushed shock, presumably this tool would have sold his own death to fucking TV) while the paramilitaries - who were savvy enough to take him to a funeral - are cast in a much more trustworthy, humane light.

Couldn't agree more. It was crap.
Obviously I hadn't seen it when I posted the details as it was pre-broadcast and at the time I was just pleased and surprised to see it had made its way onto national tv.
Shame.

Made a special effort to watch this. It was a horrifically imbalanced, unresearched piece of sensationalism. No mention was made of 2006, or even any reasons given for the rebellion, beyond some vague idea of autonomy.

Moreover, in real terms, the militiamen defending Copala were cast as unscrupulous thieves (comandeering the idiot presenter's car while he stares into the camera in hushed shock, presumably this tool would have sold his own death to fucking TV) while the paramilitaries - who were savvy enough to take him to a funeral - are cast in a much more trustworthy, humane light.

What shocked me in this program was that the local government in the area admitted to funding the paramilitaries. Such an admission to an 'investigative' tv journalist would never happen in countries such as Colombia. So it was probably naivety on her part, but also confirmation of a sinister policy.

TBF he did mention the close links between the state security apparatus and the paramilitaries. Which made the Mexican state look particularly bad. 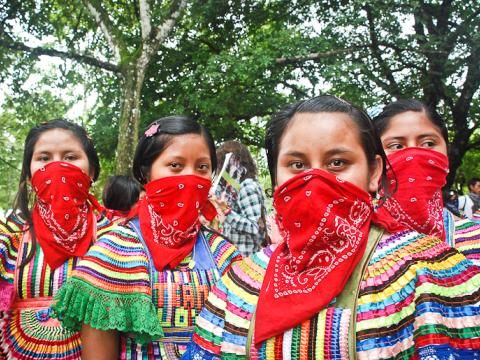 A brief history of the rebellion in Chiapas in the jungles of Mexico, where hundreds of thousands of people rose up against the Mexican state and… 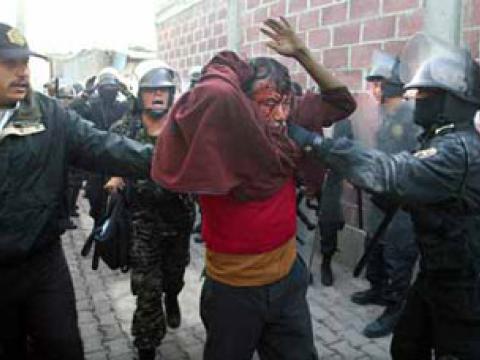 Report on the memorial of the victims of government repression in San Salvador Atenco, Mexico. 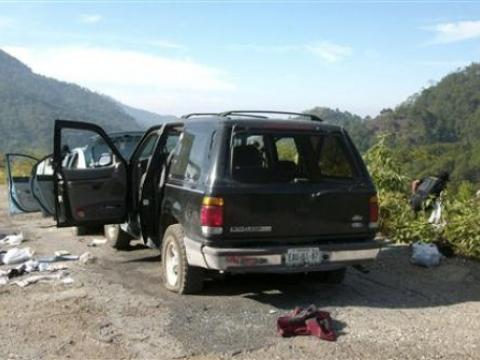 The Dream of San Juan Copala - by Claudio Albertani

On April 26, 2010, a convoy of some twenty militants and international observers was ambushed in Mexico. They were on their way to San Juan…