Bitter death in a chocolate factory

In May 2008, Krzysztof Pruszewicz would have been 21. He was killed on April 16 in an industrial accident in the Vobro Chocolate Factory in Brodnica, Poland.

Krzysztof had been working on the chocolate mixing vat for just 16 days. He fell into the machine and was crushed. Krzystof's family, devastated by the accident, found no justice afterwards. Initially they did not want to publicize the incident for fear of being accused of libel; the management of the factory apparently convinced many that the accident was the result of worker carelessness. After much consideration, Krzystof's sister wrote a heart-wrenching report which was published on the website "CIA". Below are the main details of the case. We hope to have the whole report translated into English shortly.

It is very odd indeed that during the less than three months Krzysztof worked in the factory, he went from being an assistant to a machine operator. In the report produced after his death, he is listed as a "brygadzista", which is something like a supervisor.

From the beginning Krzysztof had complained to his family about lack of proper training. His induction lasted less than 20 minutes. He had less than 48 hours to learn to operate new machinery and had to do this while still working and meeting production norms. According to a police investigation, training did not last more than 8 hours.

Employees in the factory worked in 12-hour shifts.

If you didn't like these shifts, or couldn't produce the norm, you would find yourself out of a job. The person Krzysztof replaced was fired because he couldn't make the 1700 kg. daily norm.

Nobody wanted to work at the chocolate mixer machine.

There should have been two workers at this machine, but since the factory didn't want to hire too many people, only one person had this job. Krzysztof complained that a second person was necessary to help at the machine. Besides working the machine, Krzysztof had to get the ingredients, add them and watch over the work of others. The machine often experienced technical problems.

Two people who had reported problems to the State Labour Inspectorate were fired. As it turned out, a person in the Inspectorate is the brother of someone doing business with the firm. Reporting abuse in your company to the Inspectorate is supposed to be anonymous, but in the city of Brodnica, apparently the boss can find out who did it and make an example of those people.

At 6PM on April 15, Krzysztof started his 12-hour night shift at the factory. He had been feeling bad but couldn't get anybody to replace him. He was working at the mixing vat. Nobody knows exactly what happened.

He had been trying to get some chocolate out of the bottom of the machine. Some witnesses have told the family that there had been problems with the machine and that night some security devices had been shut off. One person admitted to the police he had shut them off.

At around 5AM the accident took place. There were no doctors, nurses or emergency medical workers at the factory. Krzysztof was being crushed in the machine and was screaming. He was dragged out bloody and multilated but his co-workers tried to stop the bleeding and managed to resusitate him. However, he could not be saved.

At around 7:30 the police showed up in the factory and at 8:30 the safety inspectors. Plenty of time to tamper with the scene of the accident. The morning shift, which started at 6AM, went straight to work as normal.

Krzysztof's family said that the police and the hospital will not allow them to view documents related to the case. The family feels that nobody in the town will help them get to the truth. What's worse is that the family has received anonymous phone calls from co-workers telling of other accidents at the factory but they cannot find anybody there willing to testify.

One last thing which can be said about the case: apparently, after the accident, the factory went ahead and produced its products from the chocolate in the vat where Krzysztof was killed. For weeks apparently some people in the factory had been pleading with them to take this chocolate out of circulation. There is no evidence that this was ever done.

Krzysztof's family would like to see an independent investigation done, but the accident scene was not investigated well, the police did not even make a list of all the workers at the factory that night and, worst of all, the workers are afraid to talk about what is really happening in the factory.

Workers will never receive proper justice for deaths and injuries at work from the state. This is another sad case of a worker losing his life and the bosses being able to carry on as though nothing had happened. The only real justice we'll ever get is that which is extracted by ourselves against these bastards. RIP Krzysztof Pruszewicz. 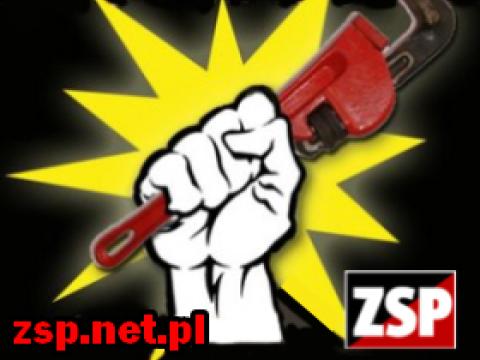 Karol M. has been in a coma since November 3. That's when he had an accident at his construction job…
Image 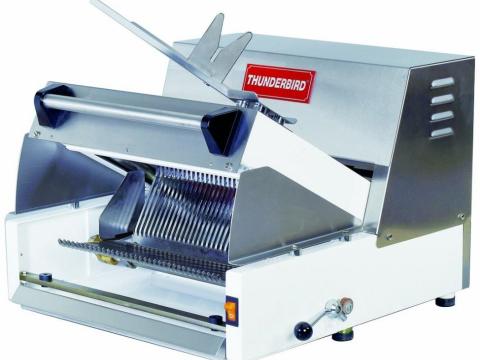 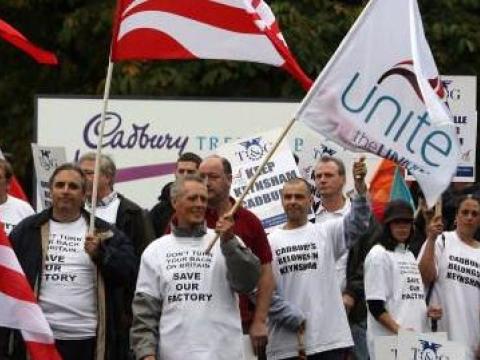 Capitalist greed leads corporation to cut labour costs to the bone. Will workers and consumers fight…