Postal workers have ended unofficial strike action in Dundee as staff elsewhere in Scotland stage the latest in a series of official stoppages.

About 125 workers at the Dundee East office walked out for 24 hours in protest at the sacking of a colleague. Delivery offices in Stirling, Anstruther, Irvine and Lochgelly are affected by the latest official action.

The strikes are part of a UK-wide campaign by the Communication Workers Union (CWU) over working terms. CWU representative Willie Lawson said the Dundee workers had voted to return to work, on the recommendation of the union. An appeal against the sacked colleague's dismissal is likely to be held towards the end of next week.

He said: "We didn't want people taking unofficial action but staff there were unhappy with the way things are.

"We hope there will not be too much disruption to members of the public. Deliveries should soon get back to normal."

The official dispute comes after the CWU and Royal Mail accused each other of reneging on a deal reached in 2007 aimed at modernising the service. The union has accused managers of forcing through change without consultation. Royal Mail has insisted change is necessary to meet the challenges of the 21st Century.

On Friday staff in Edinburgh and Stirling took part in the action.

can anyone tell me if the post on strike here in ayrshire please?waiting on exam results here.thankyou have a good day. :wall:

If you live near Irvine then probably. Just wait another few days, good luck.

During the ongoing rolling strikes over pay and conditions, thousands of postal workers launched a wildcat strike in support of colleagues who…
Image 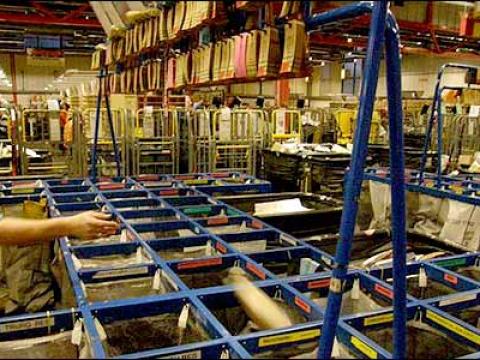 A postman explains Royal mail's "modernisation" programme and how it affects workers and service delivery.