During the ongoing rolling strikes over pay and conditions, thousands of postal workers launched a wildcat strike in support of colleagues who were suspended.

Thirteen workers who had refused to cross a picket line at Edinburgh airport were sent home, and up to 5,000 colleagues walked out in support. The CWU said a deal was offered to bosses which would have averted the unofficial action but it was rejected. The strike began at Glasgow Mail Centre at midnight last night, followed by delivery offices shortly afterwards.

Royal Mail instead sent the men home and managers were deployed to deliver mail. Managers scabbing have already lead to several accidents, including one fatality.

The strike spread to Motherwell, when drivers were suspended for refusing to cross the Glasgow picket line. One postal worker recounted on royalmailchat.co.uk:

Today at the mail centre in Motherwell we took part in an unofficial strike. Three of our drivers turned up at the main mail centre in Glasgow to be confronted by a picket line. Apparently the strike in Glasgow had started early when our drivers refused to go through the picket line and returned to Motherwell, where they were instructed by the management that they were to be suspended. When our union man was informed of this a meeting was called where it was put to a vote either we would pay the three guys who had been suspended from our pockets or we would would walk out in protest at the treatment our drivers were receiving. Only four people in the office voted to pay the drivers out of our pockets so at 07:45 we walked out. Our union rep tried to negotiate but was asked to leave. Just before I left to come home we were told by our union rep that unless it's resolved we may be out tomorrow as well.

A union spokesman said the response of Royal Mail bosses was to "abate" their pay and send them home.

He added: "An official of the branch approached the management and suggested they keep the staff working instead of sending them home. That was refused and the whole situation exploded."

Over 3,000 workers at around 30 Royal Mail offices in Glasgow and the west of Scotland were on wildcat strike in March 2001 after a Royal Mail manager was found to have made inappropriate remarks to a 16-year-old female colleague.

Update 8am
Workers were due to meet at 5.30am today to discuss where to take the action. Some have suggested that the strike action could continue to spread as the current staggered CWU strike action place forces workers - especially drivers - to cross the picket lines of other strikers. Many are reluctant to do this, and some that refuse to cross are sent home, provoking unofficial solidarity strikes.

Update 10am
Workers are Motherwell walked out again after just 45 minutes after starting work, when management suspended yet another driver for refusing to cross the line at Glasgow. 200 million items of post are left undelivered. 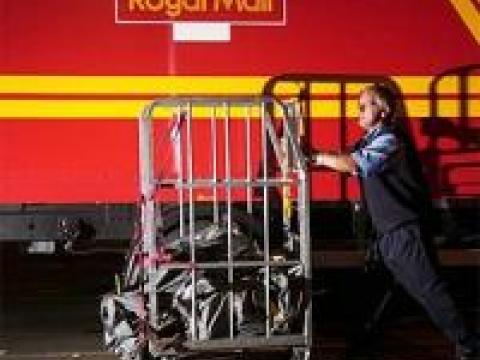