Royal Mail and the CWU leadership announced the suspension of strike action for three weeks for talks. Meanwhile, on the job and unofficial action continues.

Postal workers were just about to resume a second two weeks of rolling strike action, which has already built up 10-14 days backlog at Royal Mail depots around the country.

However, reports came in this morning that one depot may have already walked out on wildcat, while postmen around the country stated they would continue the withdrawal of goodwill which has been running alongside the one-day and rolling strikes.

Many rank and file postal workers expressed frustration at the decision to suspend strike action, which was communicated only a couple of hours before strikes were due to start - with some postmen turning up for picket line duty to find they had to go into work.

However offices around the country have been working to the "318" - Royal Mail's own guidelines for delivery, effectively a work to rule.

Royal Mail has come to rely on workers turning up up to and hour before their official start time, doing unpaid overtime at the end of deliveries, using their private cars for deliveries despite lack of insurance and taking out heavy mail bags which break their own health and safety guidelines.

The withdrawal of goodwill by postal workers around the country has meant thousands turning up on time, taking the vans out, weighing their bags, and "cutting off" if they are unable to deliver all the post. If the enthusiasm for this can be maintained over the next three weeks it will keep up the pressure on both Royal Mail and the CWU leadership, and put workers in a much better position to resume strike action from September 4th.

Also, early reports are coming in about a wildcat strike in Staffordshire, we will update when further details are available.

The statement from Royal Mail and the CWU is reproduced below:

Following a meeting held today between Royal Mail and CWU a Joint Statement has been agreed that means detailed discussions will take place on all the relevant issues between the two parties.

As a result the next wave of Postal strikes due to commence today after 19.00 hrs are suspended.

The Joint Statement is as follows:-

At a meeting today between Allan Leighton, Adam Crozier, Billy Hayes and Dave Ward, it was agreed:

- that both parties commit to talks on all the issues between them, hosted and facilitated by the TUC. Both sides commit to reach an agreement by 4 September.
- that, during this period the talks are on a confidential basis with no media or internal briefings unless explicitly jointly agreed. The CWU Executive and Royal Mail Board will receive regular updates on progress and would also be expected to undertake this confidentiality clause.
- that, for that period, Royal Mail will not serve notice or take any unilateral action to impose changes by executive action.
- that, for that period CWU will suspend industrial action.
- that, the signatories to this joint statement will review the process as and when necessary. 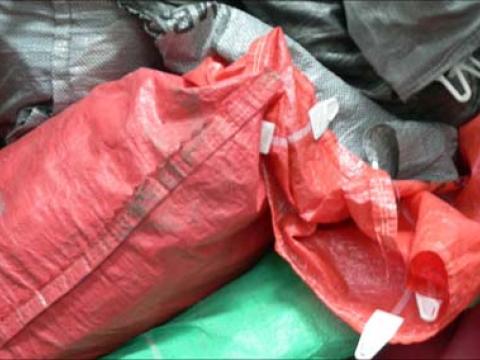 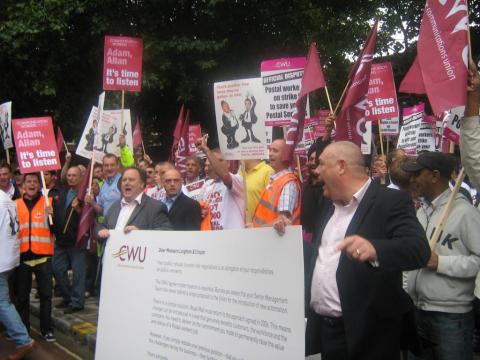