Clashes erupted on Monday 23/3 between protesters and riot police during the disciplinary trial of Vagelis Pallis, a veteran prison activist and symbol of the prison abolition struggle in Greece who was tried for his role in the uprising at the prison of Trikala in April 2007. The uprising which began at special security prison of Malandrino and spread to all greek prisons at the time, and was met by ruthless repression, was ignited after guards brutalised the anarchist prisoner Yannis Dimitrakis. Pallis defended himself citing that at Trikala the 10 square meter cells house over 48 inmates although they are meant for only 16. Although guards verified this testimony, the court ruled a three year penalty for Pallis, infuriating the solidarity protesters.

During the clashes that erupted between protesters in solidarity to the prison activist and riot police forces two protesters were seriously injured and hospitalised. The riot police attacked the demo outside the courts and the fighting spread into the center of the city where many protesters sought refuge in the Medical School premises. Despite threats to lift the academic asylum, the protesters were allowed to leave after several hours of siege. There have been 9 detentions but no arrests.

Uprising erupts in Chios' prison after repeated guard brutality against inmates who claim the prison is rife with torture. 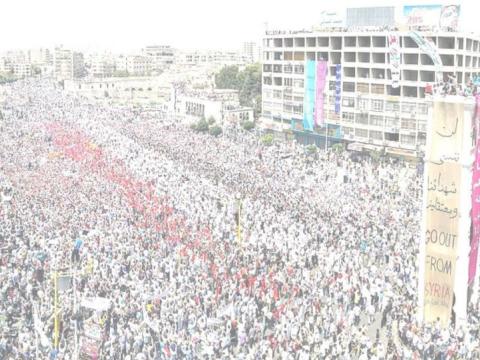 On the Syrian Revolution: A Perspective from Korydallos Prison, Greece

An anarchist analysis of the Syrian revolution, produced by inmates in Korydallos prison. This…

A call for solidarity by the Initiative for the Rights of Prisoners for the prisoners in Greek jails who are having a co-ordinated nationwide protest since Monday. Included are the demands of the prisoners.