In 1900 the Boundary Estate, just north of Brick Lane in the Whitechapel area of east London, became Britain's first council estate and, following a vote last week, it will continue to be so for the forseeable future.

Last week the tenants of the Boundary and 3 other East End estates voted to reject the intense campaigning and enticements offered by vested interests to transfer their homes to a private Housing Association landlord. Despite a lack of investment in their homes due to funding cuts by central government, they chose to stay with Tower Hamlets Council as their landlord.

Successive recent Tory and New Labour governments have committed major resources in an attempt to coerce tenants into accepting privatisation. Deliberate long term underfunding of maintenace and refurbishment services is intended to 'encourage' tenants to vote 'the right way'. In Tower Hamlets hundreds of thousands of pounds were spent on persuasive campaigning. An army of professional 'consultants' and campaign managers were installed in the area; estate security guards were forced to become part of the Yes campaign and help distribute glossy promotional material.

Yet, despite the hard sell, all 4 estates voted overwhelmingly No. They joined the growing trend of now over 80 other No votes by tenants against privatisation. This is despite knowing that no extra funding is likely to be made available by central government for necessary improvements. In the London borough of Camden £283 million was already promised by central government, for a major refurbishment programme, prior to the vote . But after tenants delivered a No vote in New Labour's flagship borough the £283 million was spitefully withdrawn. In Waltham Forest, north-east London, where tenants voted Yes a few years ago, a quango - 'Ascham Homes' - has taken over management of the Council housing stock. But they have been so blatantly incompetent that the government auditors have for several years refused to allow the delivery of promised extra funding for upgrading of the housing stock. So even if tenants vote Yes, they don't always get what's promised. 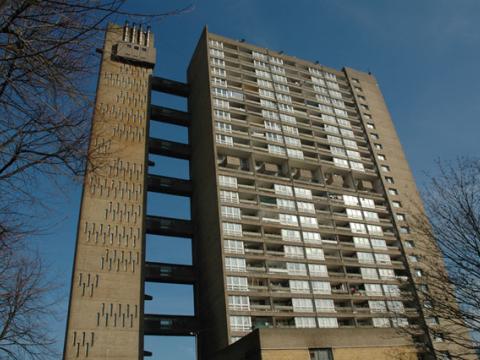