Striving to present to the new revolutionary forces a model of theoretico-practical coherence, the SI must be ready at any moment to sanction, by exclusion or break, the failings, inadequacies and compromises of those making of it -- or recognizing in it -- the most advanced experimental stage of their common project. If the insurgent generation that is determined to found a new society manifests an alertness, based on indisputable first principles, to smash every attempt at cooption, this is not because of a taste for purity, but out of a simple reflex of self-defense. In organizations prefiguring in their essential features the type of social organization to come, the least of requirements consists in not tolerating those people whom the established powers are able to tolerate quite well.

In its positive aspect, the practice of "exclusions" and "breaks" is linked to the question of membership in the SI and of alliance with autonomous groups and individuals. In its Minimum Definition of Revolutionary Organizations, the 7th Conference stressed among other things the following point: "A revolutionary organization refuses to reproduce within itself any of the hierarchical conditions of the dominant world. The only limit to participating in its total democracy is that each member must have recognized and appropriated the coherence of its critique. This coherence must be both in the critical theory as such and in the relation between this theory and practical activity. The organization radically criticizes every ideology as separate power of ideas and as ideas of separate power."

The coherence of the critique and the critique of incoherence are one and the same movement, condemned to decay and to rigidify into ideology the moment separation is introduced between different groups of a federation, between different members of an organization or between the theory and practice of an individual member. In the total struggle in which we are engaged, to yield an inch on the front of coherence is to allow separation to gain the upper hand all the way down the line. This is what spurs us to the greatest vigilance: to never take our coherence for granted, to remain alert to the dangers that threaten it in the fundamental unity of individual and collective behavior, and to anticipate and avoid these dangers.

The fact that a secret fraction(1) was able to form among us, but also that it was rapidly exposed, sufficiently indicates our rigor and our lack of rigor in transparency in intersubjective relations. Put another way, this means that the SI's influence stems essentially from this: it is capable of setting an example, both negatively, by showing its weaknesses and correcting them, and positively, by deriving new requirements from these corrections. We have often reiterated the importance of our not being mistaken in judging individuals; we have to prove this continually and thereby at the same time make it more impossible for people to be mistaken about us. And what goes for individuals goes for groups as well.

We recall the words of Socrates to one of the young men he was talking to: "Speak a little so I can see what sort of person you are." We are in a position to avoid this kind of Socrates and this kind of young man if the exemplary character of our activity ensures the radiating force of our presence in and against the reigning spectacle. To the Mafiosi of cooption and to the petty impotents who concoct rumors about our supposed "elitism," we should counterpose the antihierarchical example of permanent radicalization. We must not dissimulate any aspect of our experiences, and we must establish, through the dissemination of our methods, critical theses and agitational tactics, the greatest transparency concerning the collective project of liberating everyday life.

The SI should act like an axis which, receiving its movement from the revolutionary impulses of the entire world, precipitates in a unitary manner the radical turn of events. In contrast to the backward sectors that strive for tactical unity above all else (common, national and popular fronts), the SI and allied autonomous organizations will meet each other only in the search for organic unity, considering that tactical unity is effective only where organic unity is possible. Group or individual, everyone must live in pace with the radicalization of events in order to radicalize them in turn. Revolutionary coherence is nothing else.

We are certainly still far from such a harmony of progression, but we are just as certainly working toward it. The movement from first principles to their realization involves groups and individuals, and thus their possible retardations. Only transparency in real participation cuts short the menace that weighs on coherence: the transformation of retardation into separation. The hostility of the old world we live in is at the root of everything that still separates us from the realization of the situationist project; but awareness of these separations already contains the means to resolve them.

It is precisely in the struggle against separations that retardation appears in various degrees; it is there that unconsciousness of retardation obscures consciousness of separations, thereby introducing incoherence. When consciousness rots, ideology oozes out. We have seen KotÃ¡nyi keep the results of his analyses to himself, communicating them drop by drop with the tightfisted superiority of a water clock over time; and others (the most recently excluded [the Garnautins]) keeping to themselves their deficiencies in all respects, strutting like peacocks while lacking the tail. Mystical wait-and-see-ism and egalitarian ecumenicalism had the same odor. Vanish, grotesque charlatans of incurable infirmities!

The notion of retardation relates to the realm of play, it is connected with the notion of "game leader." Just as dissimulation of retardation or dissimulation of experiences recreates the notion of prestige, tends to transform the game leader into a boss and engenders stereotyped behavior (roles, with all their neurotic outgrowths, their contorted attitudes and their inhumanity), so transparency enables us to enter the common project with the calculated innocence of Fourier's phalansterian players, emulating each other ("composite" passion), varying their activities ("butterfly" passion), and striving for the most advanced radicality ("cabalist" passion).(2) But lightheartedness must be based on conscious, "heavy" relationships. It implies lucidity regarding everyone's abilities.

We have no interest in abilities apart from the revolutionary use that can be made of them, a use that acquires its sense in everyday life. The problem is not that some comrades live, think, fuck, shoot or talk better than others, but that no comrade should live, think, fuck, shoot or talk so poorly that he comes to dissimulate his retardations, to play the oppressed minority and demand, in the very name of the surplus-value he grants to the others because of his own inadequacies, a democracy of impotence in which he would flourish. In other words, every revolutionary must at the very least have the passion to defend his most precious attribute: his passion for individual realization, his desire to liberate his own everyday life.

If someone gives up engaging (and thus developing) all his abilities in the fight for his creativity, his dreams, his passions, he is in reality giving up on himself. In so doing, he has immediately debarred himself from speaking in his own name, much less from speaking in the name of a group embodying the chances for the realization of all individuals. An exclusion or break only concretizes publicly -- with the logic of transparency he lacked -- his taste for sacrifice and his choice of the inauthentic.

On questions of membership or alliance, the example of real participation in the revolutionary project is the deciding factor. Consciousness of retardations, struggle against separations, passion to attain greater coherence -- this is what must constitute the basis of an objective confidence among us, as well as between the SI and autonomous groups and federations. There is every reason to hope that our allies will rival us in radicalizing revolutionary conditions, just as we expect those who will join us to do so. Everything allows us to suppose that at a certain point in the extension of revolutionary consciousness each group will have attained such a coherence that the "game-leading" level of all the participants and the negligibility of retardations will enable individuals to vary their options and change organizations according to their passional affinities. But the momentary preeminence of the SI is a fact that must also be recognized and taken into account: a gratifying disgrace, like the ambiguous smile of the Cheshire Cat of invisible revolutions.

Because the International has today a theoretical and practical richness that only increases once it is shared, appropriated and renewed by revolutionary elements (up to the point when the SI and the autonomous groups in turn disappear into the revolutionary richness), it must welcome only those wanting to take part in it who fully know what they are doing; that is, anyone who has demonstrated that in speaking and acting for himself, he speaks and acts in the name of many, whether by creating through the poetry of his praxis (leaflet, riot, film, agitation, book) a regroupment of subversive forces, or by his turning out to be the only one to maintain coherence in the process of the radicalization of a group. The advisability of his entry into the SI then becomes a tactical question to be debated: either the group is strong enough to cede one of its "game leaders," or its failure is such that the game leaders are the only ones to have a say in the matter, or the game leader, due to unavoidable objective circumstances, has not succeeded in forming a group.

Wherever the new proletariat experiments with its liberation, autonomy in revolutionary coherence is the first step toward generalized self-management. The lucidity that we are striving to maintain concerning ourselves and the world teaches us that in organizational practice there's no such thing as too much precision or alertness. On the question of freedom, an error of detail is already a truth of state.

1. The "Garnautins." See Our Goals and Methods in the Strasbourg Scandal.

Translated by Ken Knabb (slightly modified from the version entitled "To Have as Goal Practical Truth" in the Situationist International Anthology). 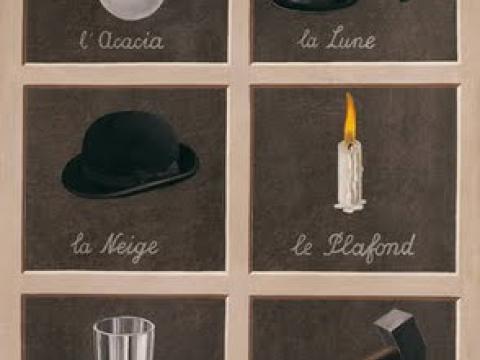 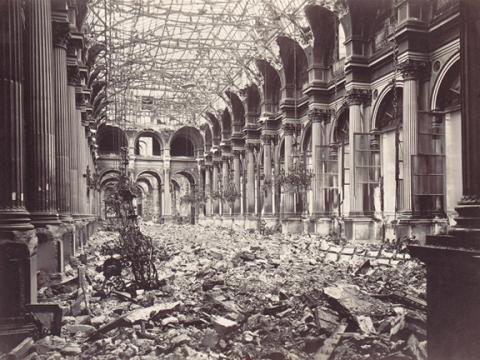 Response to a Questionnaire from the Center for Socio-Experimental Art