Amussu: An Experiment for a Cinema from Below

Still image of a march from the documentary, "Amussu"

An indigenous filmmaker's theoretical and practical reflections on the decolonisation of North African cinema, collective filmic narratives, direct action and community-run film production through the upcoming documentary, "Amussu." The film trailer can be viewed here.

Mount Alebban protest camp is the physical heart of the "Movement on Road ‘96." There, the pipeline valve to the biggest silver mine in Africa is wrapped in chains and locks. No water passes through it anymore. Around it, a new village was born. Powered by bread and solar energy, its existence is a nuisance to the state and a blessing for the almond oasis in the valley below. On Alebban, the merry cries of children, the smell of firewood, the murmur of women debating and the laughter of men restore life to the meaning of militancy. On Alebban, there are no general secretaries nor presidents, there are no orders nor instructions from the central bureau, there are no political parties nor elections. There is Agraw, and in the giant circle it forms, everyone participates.

Agraw is the tribal general assembly. It is the Amazigh mode of autonomous and democratic governance par excellence. Since 2011, Agraw has been revived and revised for the 21st century. It is a model for us, and a way of life for hundreds in Imider who have constructed power from below. As a result of the horizontal social relations established by the Movement, one finds in Imider a conscious community where everyone is armed with the word. Here, the old woman who can not read or the young high school dropout have one finger on the pulse of the earth, and the other on their stomachs. Spoken between two angry breaths or after a resilient sigh, their word is heavier than ink and more lucid than a green screen. But their word is not limited to the fiery speeches of tattooed mothers or revolted youth during Agraw. Their word is stretched, shortened, given rhythm, floated on a melody, or marked by a bendir drum. For the word of Imider is also its Izli (poetry), sung on the back of a pick-up, chanted as a slogan, called out from across the mountain or carried across wedding ceremonies throughout the southeast. As one Ait Atta proverb goes: “Tar Izli, Urtamu” — an event without its poem, is an event which never happened. "Amussu" is just another of Imider’s many poems, a small collection of its infinite words.

When we set out to plan shooting “Amussu” in October 2016, it became evident that this project would be a formidable experiment. I was determined to break radically with my first works and to explore a new aesthetics, style and form based on the oral arts, the unheard word of the marginalised interiors of this country. One of my most ambitious objectives was to attempt finding a cinematic language rooted in North African popular culture. Not the hegemonic culture imposed by the Makhzenist state and its central metropoles, nor that of the European states and institutions that have violently forced themselves on native populations for the last five centuries. I was also determined to elaborate a collective protagonist as opposed to the individual one which dominates cinematic narratives today.

We wanted to avoid falling into neither auteur cinema’s elitist “camera-stylo,” nor the stupefying discourse of the populist commercial films. Aspiring to find a Third Cinema which mobilises popular culture and memory towards collective conscience, we rejected the authoritative and individualist voice of the narrator. We strived to create a film which treats spectators as active participants by summoning their inherent creativity and intellect to reach their own conclusions from our “Azetta n Tiwlafin.” Tiwlafin are images, and Azetta is a network, a process, a loom, or a big thing made of many small things. Azetta is also its final product, a carpet in which every string is just as important as the others, each plays a role in the oeuvre. Just like an Akhnif carpet is made of fragments of thread, or a bousherwit is made of fragments of rags, ours was to be made of fragments of images. We departed from the idea that if each of those fragments contains a small movement (an action or gesture), then the accumulation of these will form one large historic movement, our collective protagonist. Tilling soil, feeding animals, studying, playing, typing, photographing, singing, talking, harvesting and walking—all of these actions accumulate throughout our film. Woven together, it is the proliferation of these seemingly “mundane” acts performed by a great multitude of seemingly “mundane” people which transforms history in Imider and beyond. We hope this approach will also empower the viewer who may find that even the smallest gestures in their daily life are just as extraordinary and transformative as those they witness in our film.

Yet, our aspiration to find harmony between form and content was not sufficient to make “Amussu” a collective oeuvre. What use is it to express the belief that history, culture or materials are constructed by millions of people and not individuals if what we are producing is strictly created by an individual auteur? A cultural product which demonstrates the strength of collective power from below must further validate that power by mobilising it towards the act of artistic creation itself. In other words, content and form must also be reflected in the means of film production. Hence, the profit-oriented production company is rejected, the community becomes producer through direct democracy and collective cultural ownership replaces intellectual property. After all, by what right can a filmmaker claim human beauty, struggle, love or misery as their own once they’ve framed it? It is not only logical, but most ethical for power to be given to those in front of the camera. For they have a right to determine what happens to the imaged excerpts of their own lives.

What is most extraordinary about Imider is the ease by which such radical ideas can be put into practice. Agraw already existed, it was just a question of the community convening to debate adopting the film as their own. Then, letting it take its natural course in determining how such a project would be executed as the highest decision-making body of the film production. It was also through Agraw that the Local Film Committee of Imider was created, a body of dedicated militant villagers (students or unemployed) whose role was to ensure the project’s fidelity to the decisions made during Agraw, to carry out the day-to-day production tasks related to the film, and to coordinate with myself and our technical crew. It also organised schedules and logistics, reviewed and confirmed budgets, found voluntary crew members, conceived guerrilla-filming strategies and much more. But the power of the community over the film was not solely limited to these productive aspects. It went beyond, to creative and artistic ones, primarily through the Agraw for filmic writing and later, the Agraw for montage. Before and during filming, a series of screenings and workshops touching both on theory and practice were held to familiarise the community with the cinematic apparatus. These were followed by the Agraw for filmic writing in which everyone patiently took turns to express what they believed was important, what they believed should be filmed. Not coincidentally, almost all the suggestions were essentially movements—gestures or daily forms of labour. Subscribing to their directions, we set out to try to capture as many of them as we could over the last couple years.

But capturing them is no easy task in a country where censorship and repression is prevalent. Although it was relatively easy to film in the protest camp, a kind of liberated zone where state authority is practically non-existent, the same could not be said for the highly-policed villages in the commune. It was clear all along that we would never receive a permit to shoot such a film, especially since we were clearly acting against a corporation tied to the powerful royal investment holding. So why even bother compromising our dignity by bowing to authority and begging a corrupt state institution for a permit? Why wait to be given a right that is already ours? Just like the right to water was taken by (and not granted to) the community, the right to film shall be taken as well. It was a direct action in itself, especially as it was explicitly organised and inscribed within the larger resistance of the very Movement it seeked to immortalise. This meant that the entire film had to be shot in a guerrilla fashion, and for the first year, without any funding. Yet, even with the flimsiest equipment and lack of resources, filming clandestinely becomes almost painless amongst a community disillusioned by the state. Countless people came to our aid, hiding us in their houses, guiding us through the bush to avoid police checkpoints, disguising our equipment, or bringing news of every movement made by the state’s spies. This would have been impossible if it weren’t for the collaborative effort of the entire Movement.

Today, we submit this work for popular consideration, to be debated and criticised as a teaching tool, a militant’s guide, a historic document and a work of art. Through it, I hope we can challenge the onslaught of propaganda states spread not just about Imider, but about militants and resistance movements from all over the world: from the Rif to Chiapas to Notre-Dame-des-Landes. Perhaps its narrative, its form and its method of production can inspire other militant groups and marginalised communities who, finding no producer and no resources, seek to have their voice heard—directly.

A cultural product which demonstrates the strength of collective power from below must further validate that power by mobilising it towards the act of artistic creation itself. In other words, content and form must also be reflected in the means of film production. 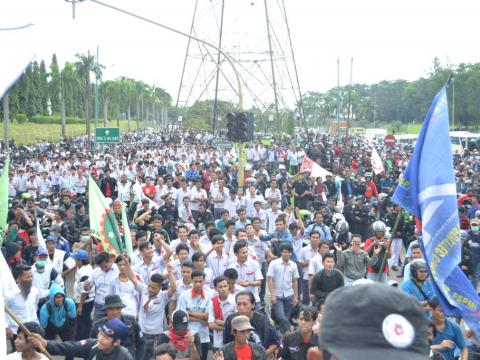 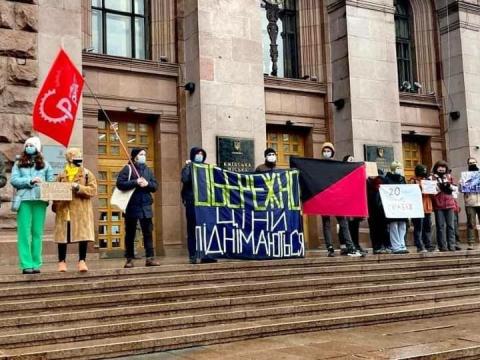 The time has come? Anarchists of Ukraine, tariff wars and expropriation of robbers

Action of our comrades in Kiev on the increase of fare in city transport. 19th November, 2021 For…
Image 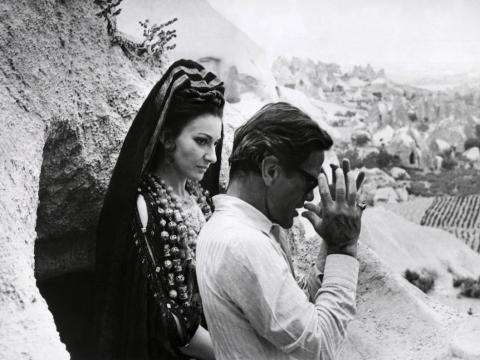 A 1970 interview with Pier Paolo Pasolini, on the youth revolt of the sixties, culture, love, his…