The headquarters of governing party Syriza have been symbolically occupied by anarchists in solidarity with an ongoing hunger strike in the Greek prisons. This past week a number of anarchists and political prisoners have been on hunger strike against the high-security type C prisons and in response to the arrests of people suspected of involvement with, or support of, the Conspiracy of the Cells of Fire(CCF) group, including the arrests of suspects' family members.

The statement from the occupation:

'Today Sunday 8 of March we occupy the central offices of the government SYRIZA in Koumoundourou Street.
We stand in solidarity with the hunger strikers, political prisoners in Greece, and we ask that their demands are satisfied.
1. Abolition of the Anti-terrorist Law Α’, article 187, Law 2001 (criminal organization)
2. Abolition of the Anti-terrorist Law B’, article 187A, Law 2004 (terrorist organization)
3. Abolition of the “hoodie law” (acts committed with concealed physical characteristics)
4. Abolition of the legal framework for type C prisons
5. The immediate release from prison of Savvas Xiros (convicted for his participation in the R.O. 17 November) on health grounds
6. Against the criminalization of the family relations of the members of the R.O. Conspiracy of Cells of Fire.
Anarchists in solidarity with political prisoners'

A video of the occupation shows a group entering the building and hanging a banner declaring 'solidarity with the hunger strikers'.

A number of prisoners began a hunger strike some days back aiming at the abolition of the high-security prisons introduced by the last government. The Type C prisons as they are called would essentially see prisoners deemed particularly dangerous incarcerated in severe conditions and in some cases isolation. The first facility, at Domoko in central Greece, to be converted into Type C came into operation not long ago and already holds a number of anarchists.

The pretext for the creation of the Type C prisons was the escape of November 17th member Christodoulos Xeros back in January 2014. Xeros was subsequently recaptured this year but had, according to reports, been planning to help members of CCF break out of prison. Since the recapture of Xeros the police have arrested a number of people they claim were working with him. These arrests even extend to the family members of the detained. In response CCF members began their own hunger strike which has extended the current struggle.

These ongoing events will test whether Syriza is willing, or able, to dismantle the authoritarian structures put in place by previous governments.

The occupation was ended during the night but, of course, the hunger strike continues.

Syriza have said they were against the Type C prisons when the previous government created them and that they will be removed.

The hunger strike not only continues about another imprisoned fighter has joined:
http://en.contrainfo.espiv.net/2015/03/09/greek-prisons-anarchist-prisoner-grigoris-sarafoudis-begins-hunger-strike/ 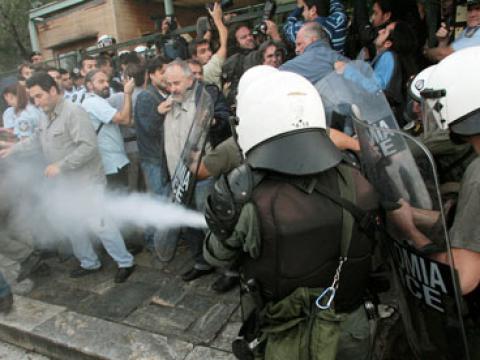 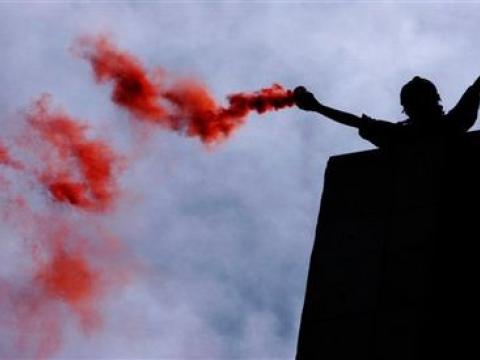 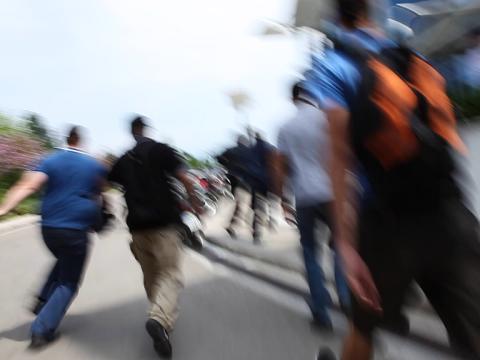 In the afternoon on May 11, 2015 anarchists and anti-authoritarians occupied for several hours the headquarters of multinational company Siemens…