In the ANC's battle of factions there are no superheroes

The article looks at the background to the struggle to control the state by factions within South Africa's ruling African National Congress (ANC) and how this is linked to the legacy of apartheid and using the state to build a new section of the ruling class.

The battle between Pravin Gordhan and Jacob Zuma has been presented along the lines of a superhero comic. Gordhan, the hero, is portrayed as the last defence against the rampaging villain, vile Zuma. And like all superhero tales Gordhan the good appears to be gaining the upper hand over Zuma the bad – especially since corruption charges have been dropped and the damning Public Protector’s report on state capture has been released.

Certainly Zuma is deserving of our contempt: he is the most corrupt President South Africa has had since 1994 and offers very little that is positive. Yet, it is an oversimplification to blame him solely for the corruption that wracks the state or the factionalism that exists to gain hold over it. Doing so avoids looking at the harsh structural realities that fuel it – the legacies of apartheid, the nature of the state, the orientation of the ANC, and neoliberalism. On the other hand, it is also an error to see Gordhan as embodying all that is good, and for the workers and the unemployed, and specifically black workers and the unemployed, his faction triumphing offers little. Superheroes, none of them are.

It may sound like a cliché, but the origins of the corruption within the state and related factional fights within the ANC, have their geneses under the form of capitalism that developed during colonialism and apartheid. Central to capitalism within South Africa has always been the racial oppression of the black working class. This oppression enabled huge profits to be made, because it allowed the wages of large sections of the population to be held at extremely low levels. The same racial oppression also meant that aspirations of an elite within the black population were also violently and deliberately frustrated. To this end, colonialism and apartheid stunted a black elite developing into a genuine capitalist class.

In its orientation, the dominant leadership within the ANC has traditionally been comprised of this frustrated black elite. This leadership never sought to overthrow capitalism - in other words the key people in the ANC did not intend to overturn the social relations, defined by the exploitation of the working class, that shape it. It rather sought to overcome the frustration of this elite through opening the space within capitalism for them to rise into a capitalist class. Even the nationalisation of the mines and banks as outlined in the Freedom Charter was not about socialism; it was rather about using state ownership of these to build-up a black section of the ruling class. Nelson Mandela, himself, made this point explicitly at the time. In fact, states – along with playing a central role in ensuring capitalism functions – are hierarchical structures that generate a section of the ruling class in their own right (the Soviet Union was a prime example) and the ANC leadership intended to use this feature to do just that.

Fast forward to 1994. By the time of transition, using nationalisation had fallen out of favour. Nonetheless, due to the legacy of apartheid top positions in the state, and links to such people, remained essential for building a black section of the ruling class. In a seminal document produced in the 1998 - the State, Property Relations and Social Transformation - the ANC was extremely open about this. It outlined that the state through government procurement and regulatory interventions was key to furthering the development of a black capitalist class. This also formed part of the deal that was made during the transition in 1994. One of the key outcomes was that white capitalists were guaranteed continued ownership of the mines, banks, factories and farms. In return an ANC elite was allowed control of the state and in conjunction with BEE this would enable an ANC linked elite to join white capitalists in the ruling class.

Neoliberalism has played a central role in this process. The ANC led state has attempted to use outsourcing at every level to foster a black capitalist class and middle class. The national government alone now spends more than half of its budget on procuring services and goods – in other words there is massive outsourcing and tendering.

From the very beginning this fuelled the prospect of competition, the lining of pockets and accompanying factionalism. This has resulted in the elite in the ANC being at war with itself at every level, fighting over opportunities for accumulation through the state and the tenders it offers. This is precisely why a faction around Zuma challenged the Mbekites for control of the state. It is why when side-lined from opportunities to accumulate wealth through the state, Malema and his cohorts challenged their erstwhile patron, Zuma; eventually forming a new party. The battles between the Gordhan faction and the Zuma faction are also mostly about access to wealth through the state; for most of the participants they are not about principles, but rather material interests. This though is not unusual, the apartheid state too was defined by such features. The wealth of an Afrikaans elite was dependent on connections to the state – as English capital was dominant in the private sector – and nepotism and factionalism were key features. In essence we should not be surprised factions within the ANC are fighting to control the state: their wealth depends on it. The trough, however, is small; only a few can ever join the ruling class.

Consequently, what we are seeing is simply one faction fighting another. Gordhan’s faction is close to white capital – as some commentators have pointed out and which the Zuma camp has played up. But this faction is also not just simply a puppet of white capital, it is also comprised of elements that want to leverage opportunities via links to white capital certainly, but also through control of the state. Some of its members too have traditionally used the state and BEE to accumulate vast amounts of wealth – Zuma’s faction was pushing them increasingly out, and now there is a backlash. Its members have also implemented neoliberalism in their own class interest. In doing so the faction has been profoundly anti-black working class. The wealth of this faction – like that of white capital – derives from the exploitation of the black working class. It is, therefore, not a faction of saints and superheroes.

The Zuma faction, on the other hand, is using the state to make hay while the sun is still shining – make no error it is pillaging on a vast scale. But it too has historically had a close relationship with elements of white capital, it too exploits and oppresses the black working class, and it too has implemented neoliberalism. Certainly leading white capitalists are now feeling a growing discomfort with Zuma, but not because of principles – as they have been in corrupt relationships for decades – but because his faction’s looting is just too blatant and some of them are being left out.

The fight, therefore, is not about one good man standing up to one evil one. The path that has led us into a situation where factions fight over the state comes from the past. It stems from the orientation of the ANC; the manner in which colonialism and apartheid shaped relations in the country; the nature of the state as an instrument of class rule and accumulation; and neoliberalism as a vehicle for business opportunities and accompanying corruption. The solution for workers and the unemployed is not to back one faction against another – both factions offer them nothing. Rather the solution lies in fighting the social relations, and accompanying structures, that have led us down a horrid path. The saviour of workers and the unemployed, and in particular the majority black section of this class, are the workers and the unemployed in terms of their own actions and self-organising – and acclaimed superheroes be gone. 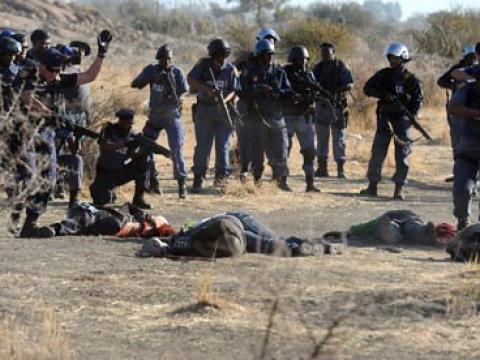 The article looks at recent notable acts of repression by the South African state directed at protestors and strikers. Linked to this it looks at… 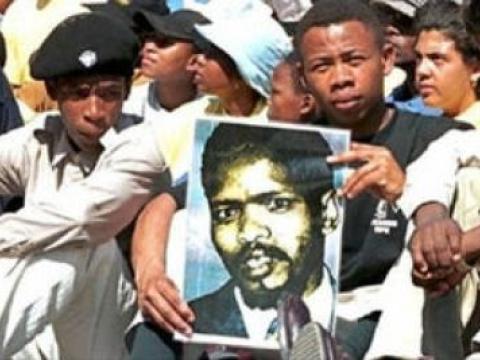 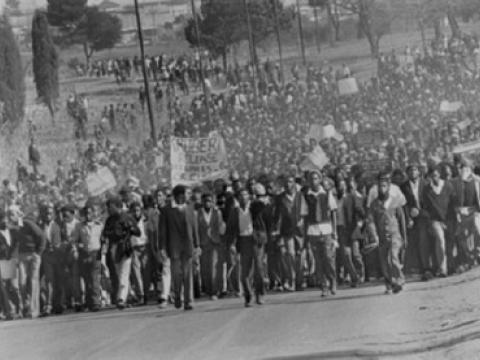 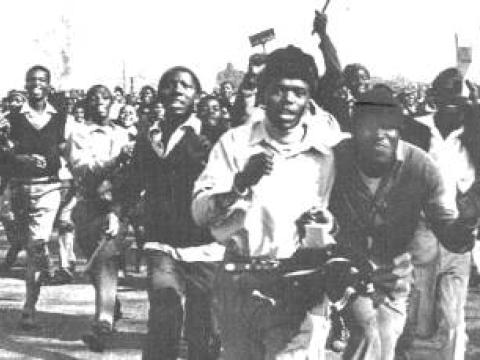