The Bakkavor food factories in west London are a prime example of the tension between structural oppression of each individual worker - most of them migrant women workers - and a collective potential of working class power. It ain't always easy, but we continue to work within that tension.

When will our next pay rise come???

Everyone wants higher wages. We work hard but it is always disappointing when we open our weekly payslip. After the last pay deal, workers were divided into skill levels. Many people filed a grievance to argue that they deserve the higher pay grade. Hundreds of workers across all the Bakkavor Park Royal sites did this. It is a good sign that people took this step to demand more. But in order to be successful we need actions that create more unity and strength amongst us.

* Many of the grievances about peoples' pay grade based on their skill level have still not happened. And when they are eventually heard it will only be for workers to argue their case on an individual level, that they do some task that has more skill. Many workers, especially the women, whose work is not valued even though it is the hardest, will not win this grievance. For those that do argue their case successfully, we end up with people in the same team on different pay rates. Does this build unity?

* Many workers who have been at the company a long time want seniority pay. Before, when Bakkavor was Katsouris, workers who had worked many years got 20p more an hour. Now, new starters get exactly the same as someone who has been there 20 years. But if we put all our efforts into fighting to get older staff a few pennies more than newer people, will this build unity?

* When a worker is shouted at and bullied by a manager, other workmates do not stand together and support this worker openly. This worker goes off on sick leave, worried and stressed. People gossip and blame the bullied worker. Is this building unity?

A brief look back at the last pay negotiations...

Last year we got a bad deal which has only caused workers to become more divided. Last time:

* workers were not informed of the content of the 'negotiations' until it was all worked out;
* the union supported the deal even though in the long-run, it has made us weaker;
* the women were sold out;
* workers did not act together to change things. They complained, some wrote letters, some have decided to not do a certain task anymore because this is a supposedly 'higher' skill. But there was little trust that everyone could fight together.

We need more unity and strength if we want to pressure management to give us more. And we need to start now if we want to be in a better position for the next pay negotiations, which will start at the end of this year. What can we do?

We need to prepare to work to rule (meaning: following the company's own rules exactly) or go on overtime strike in case the pay offer is not what we want.

1. In a food factory we can use health and safety to make trouble for the managers. Workers do not have to obey a manager's order if it is against a food or health and safety rule - anything that you think endangers yourself, another worker or the food, you do not have to do. The manager might shout and scream. They may threaten you. But if there is an audit or a bigger manager catches you, we all know you will be blamed. If a few of us can say 'no' together,' there is little they can do.

2. We have to start putting pressure on the union now - hassle the reps, ask them what exactly are they doing for us?! Go to the branch meetings and make sure workers' real issues are on their agenda.

3. Instead of fighting over the scraps, we all need to make the demand to our union that we ALL want £10 an hour minimum for day shift and more for night shift. That includes agency workers. The union, as well as the management, needs to feel the pressure from workers. Workers need to set their demands higher than a measly 20p here and there!

If you think this is unrealistic, check out the examples below!

*Asda warehouse pickers in Bedford get paid over £10 an hour. They used to get minimum wage and many people were agency workers. Now, everyone is permanent and on the higher rate.

*Permanent Sainsbury's/Wincanton workers in Greenford get £10/hr for working to break down pallets and pick items. This is not categorised as 'skilled' work.

But it should not all just be about money - even though our pockets are empty! Building unity at work will help us get more control over the pace of work, the general atmosphere will be less stressful and we can make some time and space to talk, laugh, and be friendly to each other. This should not be impossible!

Cumberland hygiene staff are told to obsessively clean the steel rollers of the conveyer belts. The only reason probably is because that is where the bacteria test is done. But it is super difficult to actually clean them properly because workers can't reach all the parts! So, surprise surprise, the bacteria test hardly ever 'passes'. But who cares? It is just another stick to beat workers' with…
***
And don't start talking about Bakkavor's 'training' programme! One hygiene worker told us: 'Once every two weeks or so, we are asked to stay in the laundry room at the beginning of the shift, and the manager gives us some 'training'. This means he spends a maximum of five minutes telling us about the cleaning procedure for a piece of equipment most of us will never have seen (a machine, some pipes, etc.) and then makes sure we all sign the forms saying we've been trained to clean this piece of equipment. The form states that the training has been performed by the manager on the shop floor and lasted for half-an-hour – but it's done in the laundry room, is purely verbal and lasts for five minutes."
Just another example of Bakkavor's excellent commitment to food hygiene and safety!
***
All the sites were visited by Tesco recently. In order to win a new contract, the managers were running around like idiots, making sure all the chaos and disorganisation was hidden for the special visitors. It was even planned that workers at Elveden low risk would sing for them to show what a happy workforce we are! The next day though, it is back to the usual bad management…

Abbeydale will automate their samosa line soon. The unbelievable skills of the super-fast samosa ladies will be taken over by a machine. It makes financial sense for the company - they only have to employ one worker instead of 10, like their mash production. But we need to make sure these women are not being lied to and that their jobs will be safe…

There has been discontent at Premier Park too. One worker told us: "The majority of warehouse guys on new contracts signed a petition to management asking for the same conditions like the guys on the old contracts. In the warehouse they work 12 hour shifts, four days on four days off. The old contract guys have one month when they work only three days per week, but get paid the full 48 hours. Around half of workers are on new contracts. Management didn’t react to the petition and the Citizen Advice people said that such differences in conditions are legal. We wanted to stop working to put pressure on management, but some of the Indian managers talked to the Indian workers and scared them."

A site in Scotland will be balloting for strike action - an exciting development! more news in the next bulletin but remember, if they can do it, so can we!

Bad news of the month

A worker lost the tips of two fingers to a dicing machine at Freshcook in Spalding in March this year.

Visit our website: www.workerswildwest.wordpress.com for the latest news and details of our meetings. If you have a problem at work or with your landlord you can contact us at [email protected]

And we distributed this leaflet together with our local paper WorkersWildWest at the Amazon depot in West Drayton to the early shift today. We managed to speak to a bunch of interested Amazonians, who showed interest in the strikes abroad...

Amazon workers on strike in Germany, Poland and Spain - what’s up in England?!

On the picket line at the Amazon warehouse in San Fernando in Spain workers have been attacked by the national police. Several workers were injured and two of them arrested.

Some months ago on Black Friday we saw similar strikes, including Amazon and Adecco workers of the biggest FC in Italy and in France. These strikes show that Amazon, as one of the largest global corporations, has to reckon with the international solidarity of workers across all borders.

Conditions here in the UK are not much better, they are actually significantly worse than in Germany, France or Italy. Time to do something about it, no?!

We are a collective or workers in west London, trying to support each other in our struggle for a better life. If you need support, get in touch! If you want to try and improve conditions at work get in touch! Also check out the following websites for more information on international Amazon workers’ meetings and our local meetings.

Hundreds of workers across all the Bakkavor Park Royal sites filed grievances. It is a good sign that people took this step to demand more. But in order to be successful we need actions that create more unity and strength amongst us. 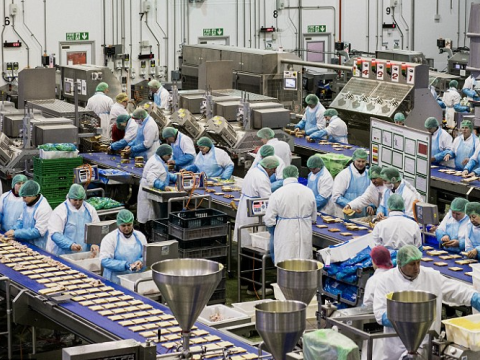 Workplace report for WorkersWildWest no.5 and leaflet for future distribution. Main challenge will… 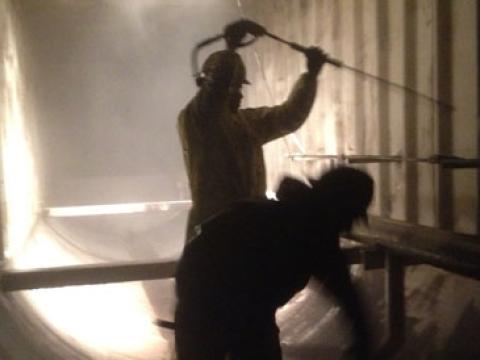 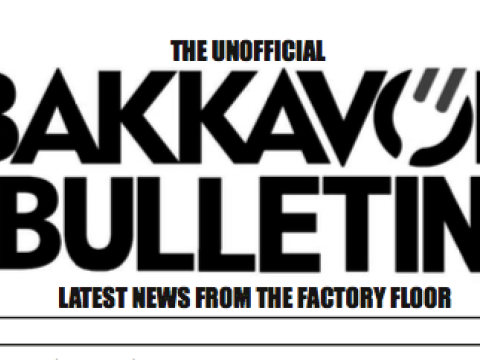 Bakkavor runs four factories and one warehouse in our area, employing around 3,500 permanent and agency workers. We have been in and around the… 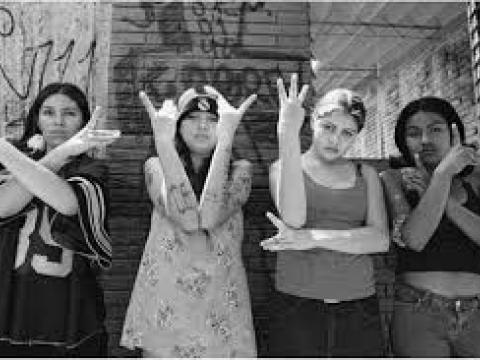