Bologna is burning, while just outside its ancient walls a battle is being fought, under the single eye of Sauron, looking down from one of the two towers that are the symbol of the city.

On one side are the bankers, shop keepers, butchers, politicians, and all the enemies who want to dominate the city with their bulldozers and their money, including Darth Vader with his troops and a Sauron-Mayor yelling to catch the ring. On the other side are hackers, cyclists, farmers, guerrilla gardeners, No-TAV militants, anti-fascists, Chewbacca, a book bloc and an Ent throwing a fire extinguisher (just like Carlo Giuliani). Frodo is a man covered in tattoos, the XM24 militant Willie, and he is the one who has reached the ring first.

The painting, probably one of Blu’s most beautiful and complex pieces, is both an artwork and a political action, as is often the case in street art. Indeed, XM24 is under threat of demolition from the local government, which wants to build a street crossing there. It will certainly be much more difficult to do this with the artwork of one of the most appreciated street artists in the world on the wall. (XM24 is a social anti-fascist and anti-racist space which is also active in promoting anti-speciesism and legalisation of drugs, and in supporting local struggles.)

Blu lived in Bologna for a long time and has a special bond with social spaces in the city, and with XM24 in particular. Its walls have been painted many times by the artist, who has now given it wonderful protection.

Blu’s artwork on the walls of XM24 can be seen with all the details here.

Bologna is burning, while just outside its ancient walls a battle is being fought, under the single eye of Sauron, looking down from one of the two towers that are the symbol of the city. 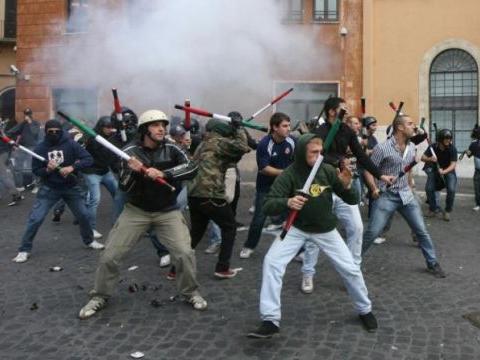 Casa Pound and the new radical right in Italy

You'd be forgiven for thinking that a group of zine-publishing techie squatters into rock music, baiting the state and defending the working… 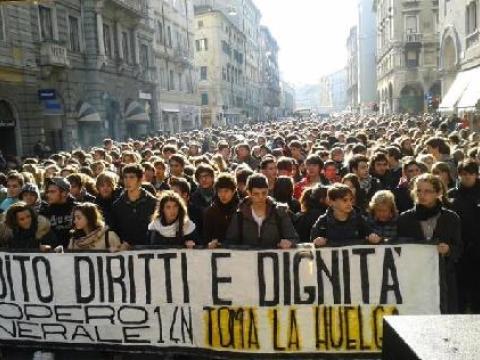 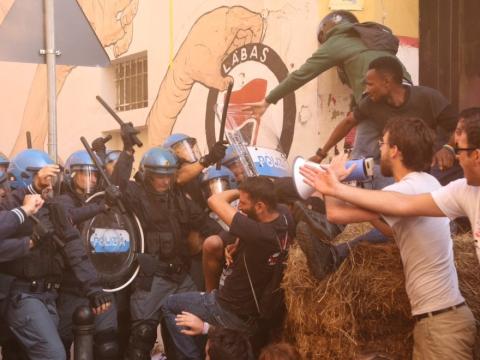 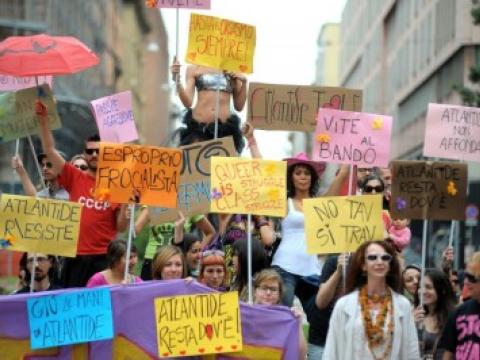