A chronological account of the anti-poll tax demonstration on 31st March 1990, one that contrasts disturbingly with the version presented by television news. Eyewitnesses tell their stories against a backdrop of the day's events as they unfold. Demonstrators' testimonies raise some questions about public order policing, the independence and accountability of the media and the right to demonstrate. Evidence clearly shows elements within the police provoking the riot.

"The only Nelsons in this battle were of the half variety. Last March's anti-poll tax demonstration in London, which degenerated into a violent shambles, is recalled and analysed, with many participants describing their anger at the police tactics ( or lack of them). Accusations proliferate that either the riot was deliberately provoked by the police, or that their handling of the situation was woefully inept. More allegations relate to the news media's selection of film footage. Highly contraversial stuff."
Martin James Pick of the Week, Sunday Correspondent, 16 Sept 1990

"You remember the outrage and condemnation voiced by the media and politicians after the Trafalgar Square Poll Tax riot in March (1990). You remember the vicious, unprovoked attacks on police shown on the evening news that Saturday. But you won't remember the speeding vans bouncing demonstrators off bonnets or the repeated baton charges that came without warning, since these were ignored by news transmissions. This film carefully reconstructs a step-by step analysis of the demonstration, combining unseen footage with a multitude of eyewitness accounts. It unashamedly gives no voice to the police, levels a two tiered accusation at them; at best they were badly organised; at worst they were downright confrontational."
Mark Wareham, Independent Saturday, 15 September 1990

"Last March, the huge anti poll tax demonstration in London turned into an ugly riot, with a mob hurling missles at policemen, setting buildings on fire and looting shops. Last March a peaceful, disciplined demonstration became a violent melee because police grossly over-reacted, charging marchers with vans and horses, bearing down en masse on terrified crowds and beating up innocent people. Two perceptions of the same event: the difference, says this film, is that the first was the picture painted by the media; the second is how it seemed to people on the ground who have, until now, lacked the platform to tell it from their side of the barricades. This they do here charting the events of that day through amateur footage and eyewitness stories, and suggesting that the violence was indeed orchestrated- but not by the marchers."
Sandy Smithies, Watching Brief, The Guardian, Tuesday 18 Sept 1990 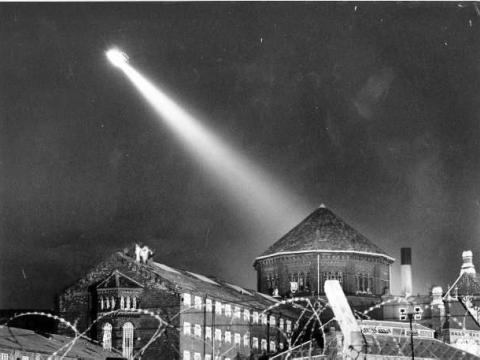 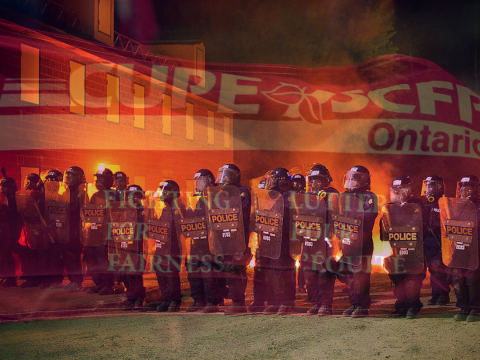 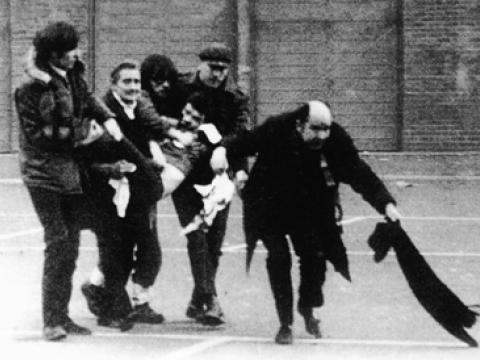