Sara Berenguer Laosa was born into a working class family in Barcelona on 1st January 1919. She was the oldest of five children. Her father, Francisco Berenguer Madrid, was a stone mason and was active in the libertarian movement, whilst her mother was “apolitical”.

She left school at the age of 12 and started work in a market butchers’ shop. Work started at 6am and involved her carrying heavy loads of meat along badly lit corridors which led from the cold chamber. She was disgusted by the behaviour of market workers who attempted to grope her. As a result she left this job.

Her second job was in a lace-makers workshop, where she spoke up for the workers. Her boss tried to buy her off by raising her wages. She quit this job as a result. She then worked for herself in dress-making until the outbreak of the Spanish revolution in July 1936. She was now rich in experience of the condition of women, of exploitation and machismo.

She was still seventeen years old when the Spanish revolution broke out. She was on her way to the beach with her mother, her brothers and her fiance when they met a large crowd carrying arms and calling out that the Revolution had broken out. Young people asked her for string so they could fix a red and black flag on a car. Meanwhile her father had joined in the fighting. When he returned to the house he was armed, pursued by riflemen. She then helped him by passing ammunition to him for his rifle.

When he said: ”I’m leaving for the front, tell your mother tomorrow”, she wanted to leave with him, and he told her that it wasn’t for little girls but for men. He left her with the revolutionary committee of the neighbourhood, Les Corts, where she took on the post of a nurse. After a week, with no patients, she demanded a new post. She was placed with a team of dressmakers making clothes for the militias. As she had already worked as a dressmaker, she rejected this job and took a post as a typist with the committee. She was put in charge of compiling lists of comrades making up security patrols and then replaced someone in charge of distribution of arms.

She was given a gun and a bodyguard. After being sexually harassed by him she, told him to get lost. She then became secretary of the committee, and received a miltia pay of 10 pesetas a day. She was the only woman on this committee and had to deal with the advances of men older than her. She held her own. She became an experienced member of the committee, and gave evening courses at the local ateneo to children whose fathers were at the front She met the young anarchist Jesus Guillen with whom she later formed a long relationship.

She visited the front for three days with her mother in order to meet up with her father. He later died on the front at Almudevar on the same day as Durruti’s funeral She was greatly affected by his death but continued with frenzied activity.

She met Sol Ferrer, the daughter of Francisco Ferrer, the great libertarian educationalist, who taught her French.

After the May Days in 1937, the revolutionary committees were dissolved and their offices seized by Assault Guards. She now worked for the committee of the woodworkers union with Antonio Santamaria, as a typist and accountant. She also held positions of responsibility in the local committee of the Libertarian Youth (FIJL) and in the secretariat of the ateneo.

She now joined the Mujeres Libres (Free Women) in October 1938 and worked on its regional secretariat. She was involved in education initiatives among women. She took part in the unsuccessful defence of the House of Women Workers that had been created by Amparo Poch y Gascon, when the Generalitat sent assault guards to seize it in 1938.She was on the leading committee of Antifascist International Solidarity (SIA) with Angel Aransaez and made many visits to the front.

With the defeat of the republic and the Retirada, she escaped across the border. She continued SIA work in Perpignan and then Béziers. She worked to free comrades from the French concentration camps, including Jesus Guillen. Despite now raising two children with Jesus and being in a very precarious situation, she was not deterred from her activity. During the German occupation she worked in the CNT group in Bram in the Aude. She and Jesus undertook resistance activity, liaising with French groups in the Aude, Ariege, Hérault and Haute Garonne. It was she who carried important information hidden in her gloves to Béziers, at great risk to her life.

In 1965 she and Jesus were excluded from the CNT or their support of the militants like Cipriano Mera, Octavio Alberola and Luis Andres Edo who wanted to break with the politics of inaction. She then contributed to Frente Libertario, which expressed the views of these militants. She organised several annual conferences of this current in Narbonne.

From 1972 to 1976 she and Suceso Portales edited the magazine Mujeres Libres. Her house remained a rendezvous for anarchists and much of the film De Toda La Vida about the Mujeres Libres was filmed there.
She now started writing poetry and an autobiographical piece “Between The Sun and Torment” in 1988. J She visited Durruti’s grave with Emilienne Morin and her daughter Colette, reading out a poem at the graveside.esus died in 1999. A talented artist, he had provided illustrations to her work.

Through her own efforts Sara had educated herself politically. She refused to be deterred by any gaps in her education, by machismo and by straitened circumstances. The idea of anarchism that had seized her remained a guiding light for all her life.

Most of the above is based on the booklet in French Sara Berenguer by Jacinta Rausa in the Graine d’ananar series, published in 2000.
http://militants-anarchistes.info/spip.php?article7468 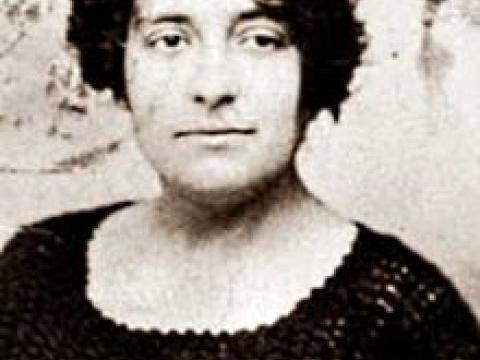