A blueprint for a party of an old type

A Blueprint for a New Party recently published in Jacobin Magazine is more of a strategy for campaigning for Democrats than a path to strengthening social movements.

These are desperate times. The victory of Donald Trump promises a rightward turn in US policy as well as an emboldened far-Right in the streets. Immigrants will be among the first attacked by Trump’s promise to expel them en masse, but they and others will also continue to see an increase in daily harassment, racist attacks and organized vigilante violence.
In response to these horrors, Jacobin Magazine, which enthusiastically promoted Bernie Sanders as a route to rebuilding the Left, has published an article by Seth Ackerman which provides what he calls “A Blueprint for a New Party.” Having put all their eggs in the Sanders basket for the past year, Jacobin and Ackerman now lay out the possible next steps for what the Sanders campaign supposedly promised all along–a newly formed independent third party to the left of the Democrats. Ackerman describes this, at the end of the article, as a Party of a New Type.
What Ackerman provides is a lengthy history and analysis of attempts to build third parties, in particular the US Labor Party, and challenges to attaining and keeping access to the ballot. What he does not provide is much a of a picture of how this Party of a New Type is going to be built, or by whom, or why anybody would want anything to do with it. It is not even clear what sort of politics it would have or what–if anything–it would do besides run candidates, although it may not even run candidates, apparently. How it would even build the membership and resources to eventually run candidates is left as an exercise for the reader, as they say in a graduate seminar.
Before we proceed, imagine for a moment that instead of the Left enthusing over Bernie Sanders for the past year they had focused on organizing among working people and oppressed people in defending themselves from the daily onslaught of capitalism. Imagine what a stronger position we would all be in now, as the newly empowered far-Right seeks to assault the lives and dignities of immigrants, women, African-Americans, the LGBTQ community, and others. Instead of talking abstractly about the possibilities of a New Party, we would be talking about how to stop deportations, racist attacks and sexual assaults. There are people around the US who have been doing just that, who do not call themselves Leftists or read socialist periodicals, who have been working on protecting their family members and neighbors from being deported or being beaten by the police.
Ackerman’s proposal seems less interested in these problems and instead focuses on the question of whether or not an electoral party should seek its own ballot line, to which he boldly answers: “Sometimes.”
What about the workers?
The problem with these Parties of a New Type is they appeal not so much to the working people who they are supposed to represent but to other Leftists who love talking about blueprints and grand strategies and united fronts. Nobody needs these parties-in-waiting more than left-wing intellectuals looking to project their ideas. Nobody needs them less than people actually fighting the daily grind of capitalism–they are left building their own communities and organizations. They are building their own blueprints from daily experience, developing new tactics that could in fact develop eventually into larger national organizations and networks. If such a thing actually happened, the role of the working class and social struggles would be central and not an afterthought, as it is with Ackerman.
Ackerman might object to describing his blueprint as one where the working class is an afterthought, but there is hardly anything in his blueprint to suggest otherwise. The working-class and class struggle are almost nowhere to be found in this blueprint. Are local branches and chapters supposed to be rooted in workplaces, or in schools, or neighborhoods? Are they supposed to represent practical efforts to fight austerity locally or are they supposed to recruit like-minded, politically engaged people? If the former, how exactly how is it supposed to do that?
This may seem to belabor the point–of course this is how the party would be built, Ackerman might say–but it is precisely the inability of the Left to make practical contributions to local struggles and to build itself primarily among the most affected and most militant people in those struggles that has challenged the Left for decades. The Left has not simply failed to put into practice a successful blueprint for a national organization. Rather, it has typically failed to put in practice a blueprint for an organization of twenty people in a single workplace or neighborhood who can resist layoffs or evictions, probably because such a project is not nearly so sexy as grand strategizing and electoral campaigns. They may not provide much of a basis for building social movements, but they do allow their participants to feel like that is what they are doing, which is usually enough.
Along these lines, Ackerman focuses not on building power from below but on the legal obstacles to electoral campaigns and how to maneuver around them. He sums up the blueprint as follows:

The following is a proposal for such a model: a national political organization that would have chapters at the state and local levels, a binding program, a leadership accountable to its members, and electoral candidates nominated at all levels throughout the country.
As a nationwide organization, it would have a national educational apparatus, recognized leaders and spokespeople at the national level, and its candidates and other activities would come under a single, nationally recognized label. And, of course, all candidates would be required to adhere to the national platform.
But it would avoid the ballot-line trap. Decisions about how individual candidates appear on the ballot would be made on a case-by-case basis and on pragmatic grounds, depending on the election laws and partisan coloration of the state or district in question. In any given race, the organization could choose to run in major- or minor-party primaries, as nonpartisan independents, or even, theoretically, on the organization’s own ballot line.
The ballot line would thus be regarded as a secondary issue. The organization would base its legal right to exist not on the repressive ballot laws, but on the fundamental rights of freedom of association.

Essentially what he is describing is the US Green Party, although with a “pragmatic” approach to how it may or may not appear on the ballot. What is this pragmatic approach? He describes elsewhere that such a party should avoid a “suicidal frontal assault” on the existing parties, ie the Democratic Party. He even notes that, “The Labor Party [US] always assumed that a genuinely independent labor party must have a separate party ballot line. That assumption was a mistake.” He does not say this explicitly, but it sure sounds like he is advocating his party supporting Democratic Party candidates, at the very least in the primaries, and we can imagine beyond that as well.
Ackerman takes so little interest in the social base that will carry out his blueprint that he even argues that such a party could take advantage of Citizen’s United, the notorious Supreme Court ruling that allows unlimited donations from corporations and billionaires into political campaigns:

In this model, the national organization would incorporate as a 501(c)4 social welfare organization, permitting it to endorse candidates and engage in explicit campaigning, while accepting unlimited donations and spending unlimited amounts on political education. (It would also, of course, be free to adopt rigorous self-imposed disclosure rules, as it should.) 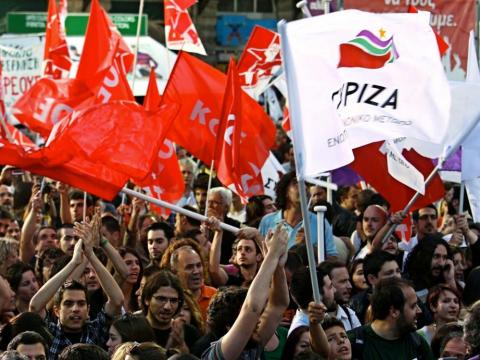 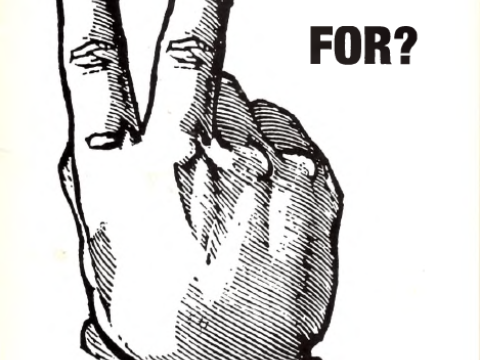 Vote: what for? - Robert Lynn

Small booklet by Robert ("Bobby") Lynn, Glasgow anarchist, who was born and lived in Calton Glasgow, one of Glasgow’s many slums. Started work as… 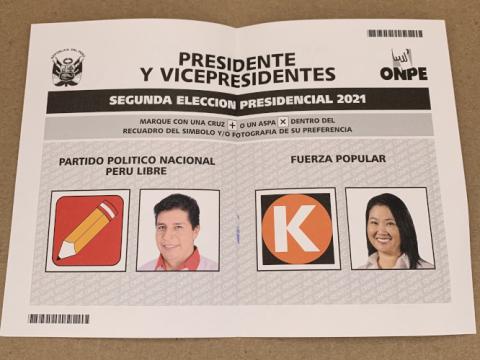 Whatever the electoral outcome, even if the predictions are for a victory of the "left", Castillo…