Perhaps one of the greatest failures of progressives in the United States today is their insistence on our continued participation in elections and lobbying.

The idea that people without huge amounts of cash, namely, working class people, can compete successfully with Wall Street giants on capitol hill is simply absurd. Meaningful legislation, if it even manages to become a proposal, is always filled with loopholes or voted down before it has the chance to significantly effect our lives.

The CARD Act is the newest piece of well meaning progressive legislation to achieve precisely nothing.

The Credit Card Accountability Responsibility and Disclosure Act (CARD Act) was signed on May 22nd of last year “…to establish fair and transparent practices relating to the extension of credit under an open end consumer credit plan, and for other purposes.” It went into effect this month.

“With this new law, consumers will have the strong and reliable protections they deserve,” Obama proclaimed.

The CARD Act has many provisions. Amongst them, it specifies that credit card companies must give more notice before an interest rate hike, can no longer raise interest rates retroactively for certain reasons, must now accept timely payments without arbitrary penalties, cannot use certain misleading terms, and must provide better explanations of payment requirements.

Whats more, the cost of this new regulation to credit companies may be as high as $12 billion a year.

But the regulations have failed to address two important issues. First, as I discussed in my previous article, if the wages of Americans continue to stagnate or decline, and if unemployment continues to remain high, American workers will continue to demand more credit – today, nearly 80% of Americans own a credit card.

Secondly, these regulations have left the same corporate leadership that got us into this mess completely intact – so naturally, after the dust has cleared, the same credit companies have done all they can to evade regulation and invent new means for scamming consumers.

In response to the new legislation, credit card holders have been hit with a stack of new fees and charges. Where the standard charge for rolling over a balance from one credit card to another was once 3%, corporations such as JP Morgan Chase are now assessing customers a 5% fee.

Other consumers, such as Citibank or MasterCard holders, may be charged for not using their cards. Anywhere from $30 to $90 can be charged by the card company if consumers do not spend at least $2,400 a year with their cards.

In a poll conducted by Gfk Custom Research, 27% of U.S. cardholders reported increases in their interest rates, 19% experienced increased fees, 17% lowered credit limits, 17% had their minimum payments increased, and 12% experienced a decrease in rewards.

For all the dramatic reactions the CARD Act has elicited from wall street, it actually doesn’t contain many harsh regulations.

For one thing, it doesn’t cap interest rates, so companies can still charge you whatever rate they like.

The touted ban of interest rate hikes on existing balances is also misleading – they can still raise rates on your existing balances if you’re late on your payments, or if you are on a variable rate card. And although the CARD Act limits the amount of money you may be charged in a penalty fee, it says nothing about the credit companies simply inventing as many new fees as they like, which they have already begun doing.

There is just no reason to believe that the future of corporate finance will be any different from its immediate past. The leaders of the credit industry will do everything in their power to sway the next election in their favor, and judging by their previous record, they have a good chance of succeeding.

In fact, after the recent Supreme Court ruling overturning a ban on corporate spending on elections, credit companies now have literally nothing standing in the way of buying out the 2012 elections.

Understandably, payday loan businesses have begun leading the reaction – they are spending unprecedented amounts of money on elections and lobbyists to thwart reform and regulatory efforts. What’s more, it appears they may already be succeeding.

As the months tick down to the 2012 elections, a sound prediction to make would be this: credit and loan businesses are going to take their country back. The CARD Act regulations may or may not stay, but new ways of avoiding them and creating even more exploitative markets will emerge… unless we find an effective way of resisting them.

Elections are only one of many strategies we can consider. Regulatory reform another. But if you are seriously concerned about stopping the banks from exploiting you and your community, then I would recommend that you thoroughly assess just how effective all of your options are.

Are you going to get better results electing another Democrat or Republican into office? Or would your time be better spent organizing with other bank customers to change the policies yourselves?

They may be able to buy out congress, but there is no way around a militant mass movement of consumers, if we are able to build it.

For the original, full article, and updates, visit the Trial by Fire at www.thetbf.wordpress.com 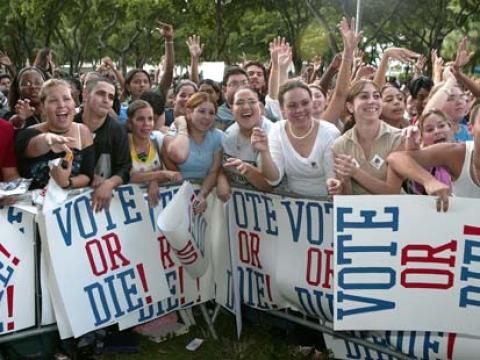 The Fog of Election Day

John E Jacobsen on the 2010 US mid-term elections. 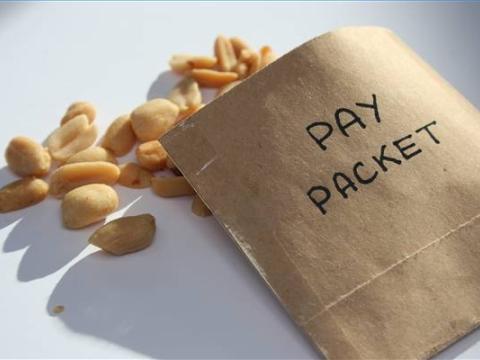 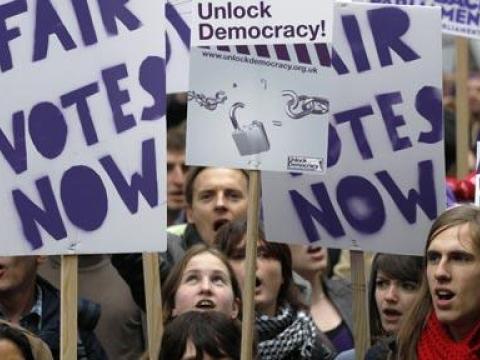