The Fog of Election Day

John E Jacobsen on the 2010 US mid-term elections.

We can all recall the hysteria surrounding the election of our nation’s first black president, and the optimism that abounded amongst American workers at seeing him win the election.

Barack Obama had made some of the most remarkable promises on the campaign trail that anyone in our generation had ever seen. He was going to end the Iraq war, close Guantanamo Bay prison, and go to bat for the workers by standing up for gay and immigrant rights, reforming NAFTA, and urging the passage of the Employee Free Choice Act.

For the past two years, American progressives have watched as their hope for a brighter future has been thrashed against the sharp rocks of our political reality.

This midterm election, Obama and the Democratic Party’s base are falling apart at the seams, because they simply can’t live up to their own rhetoric.

It’s plain as day. Even so, election day has a way of blinding some of us to the world as it exists outside of campaign advertisements.

It is just remarkable that after 4 years of failure, there are still those on the Left who can, with a straight face, tell us that there is “still hope;” that if we just give the Democrats another chance, they’ll live up to their commitments.

What, we might ask, could they possibly do in the next two years that they could not have done during the last two? They had complete control of congress (a “supermajority,” in fact) four years ago, and since 2008 they have arguably had the most liberal president since Carter. What they couldn’t accomplish then, they certainly will not be able to accomplish now.

In light of the desperate drive to get out the votes for the Democrats this year, I thought it would be appropriate to post the introduction to my book, which deals in length with the Democratic Party, and the problems we have had with it.

Bellow is a sample of that text, edited and formatted as a short political pamphlet, which this author hopes will get you to seriously think, not about our politics, so much as about our tactics. Is the strategy of voting for the Democrats delivering satisfactory change? If it isn’t, than it may be time to consider other ways to assert our power over our lives and communities.

Meaningful Alternatives, the Democrats and Republicans:

“From compromise and things half done,
Keep me with stern and stubborn pride;
And when at last the fight is won,
God, keep me still unsatisfied.”
- Louis Untermeyer

The great political crisis of our generation – perhaps our great spiritual crisis as well – is a crisis of futility. No matter what we do, it seems, the same problems just keep reappearing.

We serve ladle after ladle of soup to lines of hungry families. We hand out blanket after blanket to a never ending population of destitute, wretched faces. We sign petition after petition. We put up poster after poster. We go to rally after rally. We bang our heads against the wall.

Our great political crisis - the one that will be ascribed to us in any honest history book - is a crisis of meaningful alternatives. The Established Left, the wide array of NGO’s, non-profits and civil societies in the United States, united by their support for the Democratic Party, dominates half of the political landscape of the U.S., with only the Republicans and their backers seriously competing for the other half.

Roughly 65% of Americans today say they would vote with either the Democratic or Republican Parties (35% and 33.8%, respectively). (Rasmussen Reports, LLC, 2010) The rest of the country – roughly the other 35% – may identify mostly as “independent,” but are still stuck voting along partisan lines when Election Day rolls around. Those Americans voting either Republican or Democrat, moreover, do so more out of force of habit than anything else. In fact, when asked why they were voting either Republican or Democratic, registered American voters in the 2010 midterm elections overwhelmingly answered by responding simply that they “always vote Democratic,” or that they “always vote Republican.”

This contrasted greatly with the other options poll respondents were given. They could have, for example, responded by choosing “I favor the candidates agenda, policy,” “I support the Democratic/Republican Party platform,” or even “the candidate is more supportive of the lower/middle class.” (Jones, 2010)

The vast majority of Americans vote either Democrat or Republican, then, because they either have nowhere else to go, or because their principles dictate that they stay loyal to whichever party they happened to vote for last election.

The two-party system of our country is, then, truly monolithic. Our lives, like those of our parents and our parents’ parents, are lived under its long shadow. If we want to participate in the political sphere, it has to be on the terms of the party elite. There is simply nowhere else for us to go.

As much as I dislike this picture of life – the one we are given by people who insist we must forever choose between the “lesser of two evils” – I think the argument is fair; that is, if we believe that electoralism is our only option. Objective observation overwhelmingly confirms the idea that there will never be a successful third-party in the United States.

Since the formation of the modern Democratic party, in fact, over 100 political parties have been created in the United States, none of which has ever won more than a quarter of the popular vote in a presidential election – and even then, it was because the leader of this third-party (the “Bull Moose Party”) was former president Theodore Roosevelt.

To this day, of the three largest third parties, only one of them (the Green Party) can manage to elect more than 200 politicians to any government position in the entire country. (Green Party of the United States, 2008)

Being unaffiliated with one of the two major parties is simply a death sentence for any would-be politician: only two members of the United States Congress today have run as “independents,” and even they have to caucus with the Democratic Party.

As one of the two ruling parties, this means the Democrats effectively set the agenda for everyone on the left: they are the gatekeepers of change. Winning any substantial reform in government necessarily means that, somewhere along the line, you have to work with the Democrats.

Their being indistinguishable from the barons of Wall Street, then, has significant impact on the rate and nature of reform in our country. There is, simply put, a litmus test all demands we put before them must pass: is it compatible with Wall Street’s interests? If it is, reform may proceed through the correct channels. If it is partly compatible, then it will have to be watered down, and may only proceed once this has been accomplished.

Demanding health care reform was, for example, acceptable – no one, not even the healthcare industry, could deny that our healthcare system was broken.

Demanding universal coverage, the likes of which every other industrialized nation has, however, was unacceptable.

Demanding an end to the Iraq War is, likewise, acceptable: the idea is, after all, extremely popular with U.S. citizens, and incidentally with Iraqis.

Demanding a timeline for withdrawal, however, is unacceptable – there are still just too many business opportunities in the Middle East for Halliburton.

The Democratic Party and the organizations which back them, in other words, are holding workers back.

Will you commit to organizing your community this election day?

Changes we want in our communities – safer work, less pollution, better education, universal healthcare – if these changes are incompatible with the plans laid out by the barons of Wall Street, no amount of lobbying or pleading with the Democratic Party will help us.

The history of the United States is extremely clear on this point: every meaningful reform this country has ever seen, has come by the sweat and blood its workers have laid down in the course of their struggles. The eight-hour day, women’s suffrage, civil rights, minimum wages – not one of them was ever conceded without a strong, independent, grassroots movement. Whats more, these movements were most successful the more they relied on the power of regular people, and less on the power of lobbyists.

The question for those of us who have spent our whole lives with the Democratic Party becomes this: what is my power?

Our power as workers has always been our economic power. Joseph Ettor, of the Inudstrial Workers of the World, said it best when he opined: “If the workers of the world want to win, all they have to do is recognize their own solidarity. They have nothing to do but fold their arms and the world will stop.”

Ettor was of course talking about the worker’s power to strike, and to literally shut down the gears of industry by doing so. But he was also remarking on the vulnerability of those in power by observing that despite their massive armies, their warships and planes, the economy upon which their government rests is still astonishingly susceptible to the attacks of poor working folks.

This is true, in fact, for everyone in power, from top to bottom, be they the owners of crooked businesses or the Chief of Police for a large city. They are all open to sustained, effective attacks on their budgets.

Take for example the Seattle Solidarity Network – an organization of committed volunteers who organize fights around stolen wages, unmade repairs and discrimination on the job in Seattle, Washington.

For two years, the organization has fought 25 battles with crooked bosses and landlords, winning over 21 of those fights.

By organizing with other workers without the interference of political managers, and by using tactics which emphasize our economic power, they have pulled off a win rate that puts most lawyers to shame.

They put pressure on bosses and landlords by holding pickets out front of their businesses, turning away business from them and any company which does business with them, and by flyering their potential customers, urging them not to do business with shady companies.

In this way, groups like the Seattle Solidarity Network are building a power independent of the established left, and, if it can continue to grow, may someday contribute to a movement which will truly change this country.

This November, regardless of how you vote, make a commitment to organize your community.

For two years, the organization has fought 25 battles with crooked bosses and landlords, winning over 21 of those fights. 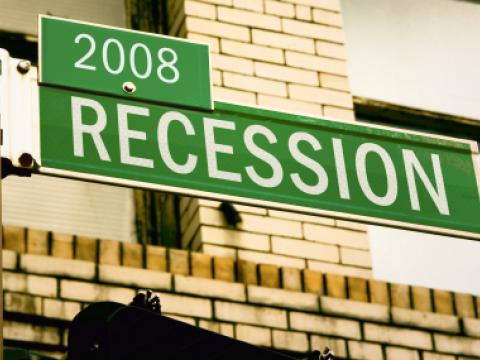 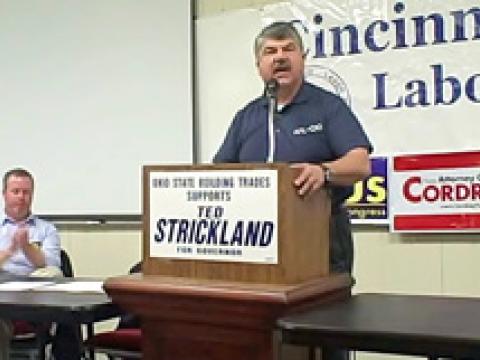 Obama: Meet the new boss, same as the old boss

There seems to be quite a lot of genuine excitement in the English language media following the election of Barack Obama. Various commentators are talking about it as if it signifies real change within America and even the world, rather than just the end of another of America’s four yearly electoral circuses.