A review of a graphic novel about the life of Ukrainian Anarchist Nestor Makhno.

Ukraine has become a focus of attention lately due to the war there. For many this will be a temporary and superficial interest, related to the duration of that conflict and media interest in it. Clashes between nation-states and their elites is a deeply saddening feature of today’s world. Such a war brings up the question whether some better alternative is available? There are contemporary alternatives, but its also possible to look at the past for inspiration. In the case of Ukraine, there is a set of interesting historical events that do provide bits and pieces that suggest another way of being.

There was also a war in Ukraine between 1917-21. It was a complex mess and involved various factions competing to control the Ukrainian state. Among them were the Bolsheviks (later misnamed ‘Communists’), Germans, Nationalists and Monarchists. In reaction to this, a movement developed in Eastern Ukraine. It was based on workers and peasants who were fed up with all these different groups claiming to rule over them. Though there were many people involved, over time the main personality the movement threw up was a peasant called Nestor Makhno. He became a clever military tactician who helped liberate large areas of the country and attempted to put into practice more democratic ways of organising the economy. It was an intriguing experiment that was eventually crushed by the Bolsheviks.

There are books, articles, documentaries and even a multi-part Ukrainian-language TV series about Makhno. He isn’t forgotten in his homeland, though sometimes his politics are hijacked and misrepresented. Now there is another way to access information about him. Prolific French novelist Phillipe Thirault and Italian cartoonist Roberto Zaghi have collaborated on a graphic novel that offers a fictionalised account of Makhno’s life, and it is now available in English.

Like anything there are plusses and minuses to this publication. Firstly, if you look at the pictorial elements of this graphic novel, there are some nicely rendered elements. The palette adopted is mostly a range of muted browns, greys and blues, the latter being particularly effective at showing night time scenes. It all fits the rural landscape that most of the action takes place in. There are bits of red used for uniforms or blood during fighting episodes, but they are also low key. The combined effect of all this is to give the whole thing a serious and realistic look.

An appendix shows that there was an honest attempt to make the Makhno character look like the real guy. His portrayal is based on actual photos of him. In addition there is an impressive effort to make each person shown, a distinctive individual, even for nameless peasants who appear in only a single frame. There is something appropriately democratic in that. On the other hand, it has to be said that Makhno and his closest allies, are given a smooth airbrushed treatment. This sometimes makes them look more like Parisian fashion models than the rugged and rough types they were. It does therefore tend to undercut the more democratic impulses but perhaps is excusable? We are being given a fictionalised version rather than strict accuracy, so why not make them nice to look at?

Another aspect of the visuals that is largely successful is the way the panels propel the narrative. A page near the start shows Makhno in exile in France in the 1930s’. At the end of the page is a panel showing a close up of a nail being struck into the sole of a shoe, with an accompanying “Tchock!” sound. A panel inserted into a wider one at the top of the next page repeats the sound and has a close up of a nail being hit into a coffin. The action then pulls back and a caption tells us we are now in Makhno’s home village with him as a child at the grave site. The economy of this flashback is reminiscent of the editing you find in the work of famous Director David Lean, in films such as Dr Zhivago and Lawrence of Arabia. Elsewhere the use of sequences showing mid shot to close up then extreme close up and the use of multiple mini-panels inside a larger one, add to this sense of momentum. Its clever and probably the feature of the story that works best.

Other parts of the story fair less well. There is some clever jumping around in time using flashbacks and flashforwards. There is a backstory provided, explaining Makhno’s early life. It sounds very much like a version of Dicken’s Great Expectations or something out of an Leftist-version of an Horatio Alger or O. Henry short story. Many contemporary readers will find this melodrama cloying. Anyone of a romantic bent who is less interested in the political angle, might find this aspect rewarding. As an effort to explain the psychological origins of Makhno’s class hatred this is less satisfying.

His political stance is something the dialogue often fails to explore adequately. That is due to it also often expressed in a romantic vein. His character and other key participants make improbably grandiose statements such as “If I died, a thousand cherry trees would rise in my native land” (p. 72) spoken during a knife fight! Perhaps he did speak like that at times, but there are just too many similarly flowery speeches inserted at improbable moments, to make things seem credible. It mostly comes across as clunky rather than charismatic. Perhaps it can be justified in that the target audience is likely the uninitiated reader who wants an exciting adventure or action story and isn’t too fussy about realism.

Nestor Makhno was an Anarchist. You would struggle to read this book and get a detailed or sophisticated idea of what that entailed. You won’t get much information on the economic arrangements the movement named for him actually put into place. The military actions carried out by the Makhnovists are given priority. The economic and social ideas they were fighting for are pushed into the background. Possibly this is done because it is more exciting than if there were pages of peasants collectively farming and discussing how to equitably divide the beetroot crop. There are hints of it here and there but not really enough. Perhaps its unfair to expect more from this format or from something of limited length.

Before concluding, a quick comment about Makhno’s attitude towards women as depicted here. On a positive note, some of the female characters in the text are given a prominence that many of the better-known books about Makhno don’t give them. This includes female guerilla leaders such as Fania Askarovna, as well as anonymous peasant women who grabbed the initiative at key moments in the struggle. Having said that, Makhno had a rough and misogynistic attitude to women at times and the narrative doesn’t shy away from that. It shows the complexities of his character and movement. Its also worth remembering that depiction is not necessarily endorsement.

Historical figures can be discovered in a number of ways and to varying depths and degrees of intricacy. For somebody who knows little about Nestor Makhno and his role in forging an alternative to authoritarianism, this graphic novel gives sporadic glimpses of what that was. Glimpses, but no more. It looks good visually, has a flare in its style and shows Makhno as a flawed but intriguing character with personal contradictions. However, in many ways it only gives a surface level understanding of the bigger picture. Is it worth getting? Yes. While lacking depth in some ways, it could be an easy entry approach to finding out about a fascinating movement. A movement that played an important part in Ukrainian and world history and still has something to tell us today.

Hi LAMA - thanks for posting this. In the new Libcom format, you need to use the "Media" function to upload an image for the top of an article.

Also it would be cool if you could add some tags to things you upload? I have added tags for book review and Nestor Makhno as well as adding an image this time.

Hi. Thanks for the tips. I'm not very tech savvy, I must admit but will do better in the future, I promise.

No worries - let people here know if you have questions or need help :-)

For somebody who knows little about Nestor Makhno and his role in forging an alternative to authoritarianism, this graphic novel gives sporadic glimpses of what that was. Glimpses, but no more. 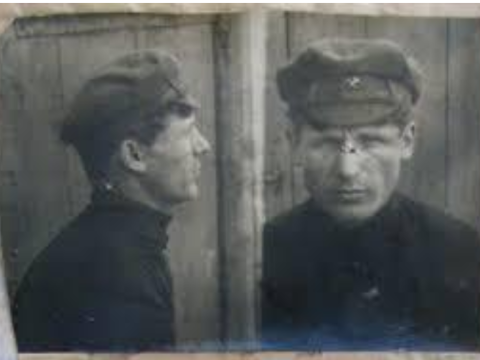 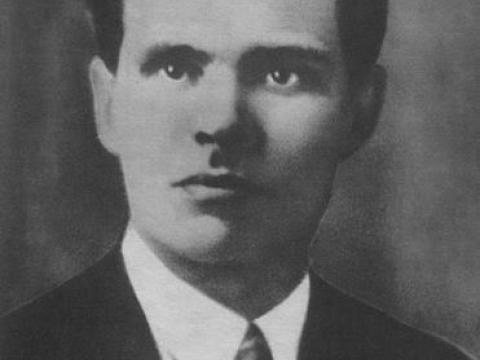 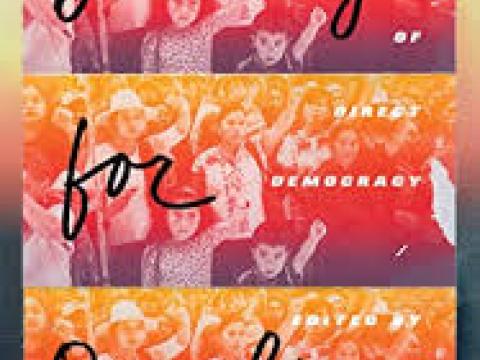 Book Review: 'Deciding For Ourselves'

A review of a book about contemporary examples of direct democracy.