Government ramps up the apparatus of state control ahead of the Olympics, which is part of a wider and more worrying trend.

2012 will the biggest sporting event ever held in Britain. The bill for providing security for the event has already gone beyond the initial £280 million that was budgeted for. I am not really surprised at the soaring security costs. With taxi drivers threatening to strike, the possibility of tube workers striking, the alleged anarchist plots that the Daily Mail exposed, and the paranoia of a potential terrorist threat, there can only be one sensible response. Is it banning tube workers from striking? Is it bringing in the army to drive trains? Is it planting undercover bacon within anarchist groups? Is it using international intelligence around terrorist activities?
Yes, you guessed it, they are deploying surface to air missiles from the air force and navy, using 150 dedicated MI5 agents, bringing over 1000 FBI agents from the US, hiring 20,000 security guards / hired thugs from G4s, and a total of 5,000 soldiers have been offered by the ministry of defence.
David Cameron and his police state control freakery knows no bounds. Add the previous strategies to the governments proposed new anti-trade union legislation, authority for the use of rubber bullets and water cannons, proposed curfew legislation, dubious use of stop and search, anti-terror legislation, trumped up charges and sentences to rioters, and the disgraceful new aggressive police approach that was seen on the student / electricians protest on November 9th, and it is clear that anyone or any group that attempts to use the Olympics as a time to protest or strike will be dealt with severely. No doubt this will be par for the course on all future demonstrations, industrial disputes, or any social gathering not organised by the state.
As much as I despise them, arresting 170 EDL thugs for something they may do is just the tip of a very large iceberg. Is this the future approach of the police against all groups? If it is, what tactics do we employ? 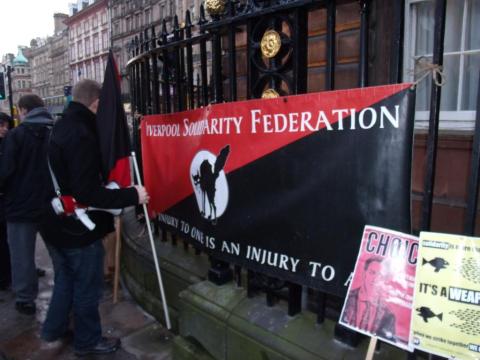 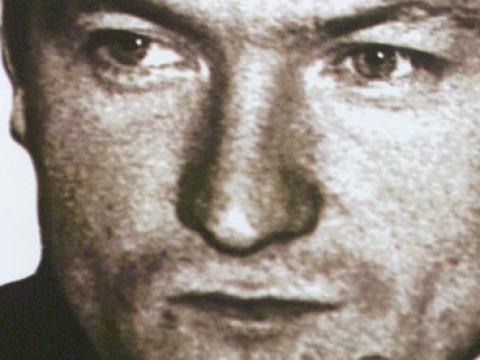 The findings of a review into the 1989 murder of Belfast human rights solicitor, Pat Finucane has been made public. The findings, whilst not…
Image 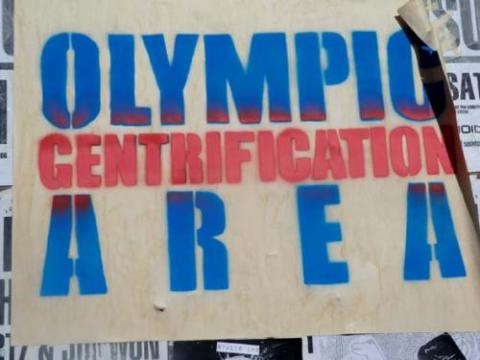 The Conservative rent cap is being blamed for forcing people out of Newham, but is is all just part of our great Olympic legacy
Image