Article from Bristol Solidarity Federation explaining some of the ideas behind anarcho-syndicalism.

What does it mean to change the world? Where do we start? How do we get masses of people to wake up and rise up? Sometimes it feels impossible. People vote for parties who openly attack their interests. Most of the time only a handful will join protest marches or do anything more militant. The climate is changing, wars are raging the world over, and most people don’t even want to hear about it.

But that isn’t the whole story…

People do know about daily life. No amount of Facebook ads and news propaganda can convince us that rent is inexpensive, that our streets are clean, or that our work is fulfilling. Women know that sexism at work exists, people of colour know they face racism. Even if people put it out of mind to get through the day, it’s always there just beneath the surface. So that’s where we start. We talk about the things people can see right in front of them, and what could be done about it. Then we have something to build on. When it comes to daily life half the job is done already – people know that there are problems. All that’s left is to get them together, and convince them something can be done about it.

What does this have to do with the bigger picture? Well, something happens to us when we stand up for ourselves. We get more sympathetic to other people. We get more confident. And we start to see things in a new light – that maybe, just maybe, they could be different. This is the kind of consciousness we need to encourage. It happens when we feel a genuine hope that something could change. When we stop thinking that we’re powerless. And when we realise our best chance to improve things, is to band together with other working class people, not against each other fighting for the scraps. Instead of blaming other workers for our problems, such as migrants, we can blame the rich bosses and landlords instead. When we support each other, acting in solidarity, we have a force that will change the world.

Mass rebellion does happen, but we cant just sit around waiting for the next one. All of the small victories we win, all the self-education and experience in organising, builds towards it. Small-scale organising teaches us to show solidarity with fights that don't directly effect us, and gives us a base to work from when the chance for mass organisation comes around. So we start very small, with problems we can sort using direct action from just a few people. For example tenants demanding repairs and stolen deposits back from landlords, or workers demanding their unpaid wages from bosses. It’s about setting an example – when people see that it works and that it can help them, more and more will get involved. Direct action means doing things ourselves, without any politician or legal expert acting as middle manager. It can be anything from a community litter-pick, to picketing a landlord’s office, to an all-out strike.

1. It gives us a sense of our own power. It increases our self reliance and confidence as a class, instead of our dependence on bosses’ and politicians’ good will
2. Everyone involved has to get stuck in – it’s naturally democratic
3. It’s repeatable. To win bigger demands, all we have to do is scale up. Involve more people, or be more militant. There’s a natural progression from taking action over something small and personal, to taking action in solidarity with others, to taking action to change our whole society. Compare that to using laws and regulations – there’s only so far they can go and they depend on specialist expertise. Doing things that way isn’t something just anyone can copy for themselves.
4. It’s makes our relationship to authority figures clear, confronting them directly
5. Direct action is good because it works! The legal and political systems are stacked against us. Taking matters into our hands is often the fastest and easiest way to get things done

SolFed is all about encouraging people to take action. We run trainings on how to organise. We distribute information on peoples’ rights, to encourage them to stand up for themselves. Most important we get stuck in organising and taking action to improve the conditions we find in front of us. It may be possible to do this alone, but we’re stronger together. That’s why we have an organisation and why we’re in the International Workers’ Association, linked with other federations all over the world. It means we can nurture new organisers, sharing our experiences together and building on them. It means we have huge support to call on when we need it. We’ve won many disputes because pressure from syndicalists all over the world, concentrated on one boss or landlord, sure is effective!

So how about working with SolFed to make a better future? You don’t have to be an expert or an experienced activist, everyone is welcome. We are directly democratic and oppose all oppression within and without our organisation. All members are valued and important. Working with others who aren’t members is important to us too. We concentrate less on recruiting people and more on spreading our tactics and ideas, helping people to win disputes. We believe action should be run directly by the people involved, without any outside organisation managing it – including ours. Even though we are a minority, SolFed is structured like a union. This helps us to focus where we are most needed – taking action at work and in our neighbourhoods.

An open letter from a member of the Malmö local of the SAC to members of the IWA about their relations as well as anarcho-syndicalism more generally.
Image 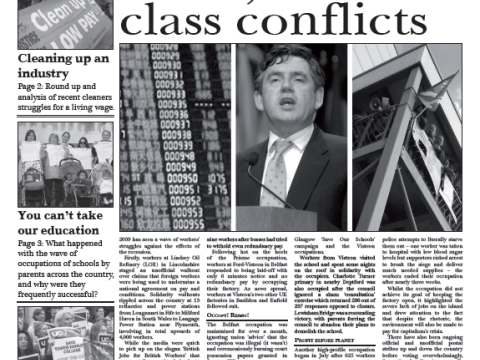 The new-look Catalyst 8-page tabloid from the Solidarity Federation.
Image 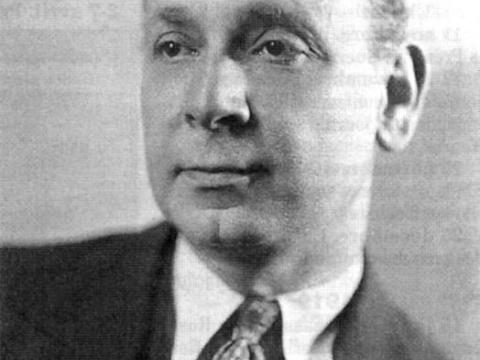 An edition of the Novara radio show discussing anarcho-syndicalism with Joseph Kay of Solidarity Federation.