Today’s Labour leadership defiantly embraces Thatcherite politics - despite what it says. So where did it all go wrong? Pack your sandwiches for a trip down memory lane to find out.

Before the 1997 election, many on the Left were excited at the prospect of the return of a Labour Government. Eighteen years of Tory rule had seen constant attacks on the working class and its institutions. The electorate were obviously sick and tired of the Tories and were looking to get them out. In this sense, the General Election result was as much an anti-Tory vote as a pro-Labour one.

There were, even then, those who questioned the Left’s prevailing optimism. Labour definitely pitched their campaign at ‘Middle England’ while depending on its traditional working class support to hold firm. Now it seems that the bubble has burst and Labour has lost the confidence of its traditional supporters. And the middle classes to whom the government has constantly kowtowed? Middle England did get where it is by being trustworthy and true.

Scepticism about a Labour government at the time of the election was based only partly on the Blairite swing to the right. It also ran deeper, with roots in the long-term ethos of the Labour Party, as well the past performances of Labour Governments.

Ever since its formation, the Labour Party has been a compromise between different interest groups and, although socialists have always been a part of it, it has never been a socialist party. The Independent Labour Party (ILP), the Social Democratic Federation (SDF) and the Fabians formed the Labour Representation Committee (LRC) in 1900. Its aim was to secure representation in parliament for working people that was independent of the Liberal Party. At this time there were Lib-Lab MPs that were essentially Liberals representing working class constituencies. It had two MPs returned in the 1900 General Election. One was Keir Hardie, the other Richard Bell, General Secretary of the Railway Servants, who was, to all intents and purposes, a Liberal.

In the years that followed, various trade unions affiliated to the LRC and the Liberals saw the need to make some sort of accommodation with it. A secret electoral pact was made which meant that in some areas Liberals would not stand against LRC candidates so as not to split the anti-Conservative vote. The result was 29 LRC MPs after the 1906 election. These then became the Labour Party. The infant Labour Party was, from day one, and remained, a coalition between socialists, social democrats and trade unionists. It increased its seats in parliament not by election success but by the accession of the Lib-Lab MPs.

Inside the party, there was also a strong Methodist and nonconformist religious influence as well as middle class Fabians who still followed the policy of ‘permeation’, the spreading of socialist ideas through the state’s existing structures and organisations. These influences never disappeared. Working class militants within the party started to look towards the growing syndicalist movement as a more attractive option, especially during the period of labour unrest just before the First World War. Indeed, the Labour Party intellectuals were so worried about syndicalist ideas spreading that they spent much more time and effort criticising them than the incumbent Liberal Government.

As Labour developed, the different strands within continued to vie with each other for control of the party. The trade union leaders kept a firm grip on the purse strings while the Fabian influence manifested itself through the drawing up of policy statements.

This can be seen by the new draft constitution, drawn up in 1918, the object of which was to weld together the socialist and non-socialist elements of the party. The result was an executive dominated by union block vote coupled with a socialist constitution enshrined in the celebrated Clause Four. There was also a new policy statement, Labour and The New Social Order, drafted by Sidney Webb the leading Fabian theorist that was to form the basis of all the party’s policies until 1950.

After the 1922 election, the Labour Party became the official opposition in parliament. Socialist members were highly critical of the leadership, following the course of left-wing criticism from within the party that had been constant since its inception. Outside the Labour Party, the Communist Party, which had been refused affiliation, attempted to infiltrate and win control of local Labour Parties. Conference decisions ensured that Communists were debarred from individual membership of the party. The Labour Party viewed them as they did the syndicalists - they were more worried about what they saw as extremists on the left than they were about the forces of capital.

This situation, with the more militant members of the party constantly feeling ignored and sidelined, was worsened with numerous attempted infiltrations and ‘witch hunts’, which carried on from the twenties and thirties right up to the recent past. In the eighties, Trotskyists, who had joined the Labour Party, were forced out, and campaigns to defend the socialists in the Labour Party were initiated by the Socialist Workers Party (SWP), etc. This has been an aspect of left-wing politics in Britain since Lenin’s instructions to support the Labour Party "like a rope supports a hanged man". Marxists have been constantly reacting to an agenda set by the internal politics of Labour.

The Labour Party throughout its history has suffered from an unwillingness to tackle the problems of capitalism head on. It has always been at pains to present itself as a ‘responsible’ party with the ability to manage a capitalist economy as well, if not better, than the Tories. The first (minority) Labour Government of 1924 did nothing to tackle the huge unemployment problem, and the General Strike of 1926 saw Labour sitting on the sidelines hoping it would end soon. It did, but due to the Trade Union Congress’ (TUC’s) total misunderstanding and misuse of the strike rather than anything Labour did. Afterwards, the Party was openly critical of the strike and direct action as a whole. Beatrice Webb, showing her usual distaste of the working class, called it, "a proletarian distemper" - a position that the Labour Party has maintained ever since.

The party has long tried to avoid using the dreaded word ‘socialism’ in its policies, so as not to alienate bankers and financiers. Successive Labour governments have failed to address basic problems such as unemployment. Even after its landslide victory of 1945, many of its celebrated achievements, such as the nationalisation of the coal industry and the creation of the NHS, were part of the new consensus that emerged during the war and had the tacit agreement of the other parties. Labour backed away from any radical solutions and even used troops to break a dock strike within six days of taking office. With the agreement of the TUC, they imposed severe austerity measures, prolonging rationing after the war and introducing a wage freeze while avoiding tackling the fundamental class differences in the country.

Meanwhile, the struggle for control of the Party has continued between the different Left groups. The struggle has centred around issues like nuclear disarmament, trade union legislation, nationalisation and electoral reform, to name a few. With the election of Thatcher in 1979 and the concerted attacks on the working class, Labour found itself becoming embroiled in even more bitter internal conflicts. Various groups, notably Militant, attempted to infiltrate and capture the party, while on the Right, there were defections and the minority split in the early eighties to form the Social Democratic Party.

Defeats like the miners’ strike left the trade unions weaker and paved the way for the ‘modernisers’ to win control. There was a conscious effort to break with the past and an attempt to capture the ‘middle ground’ of British politics by portraying the Tories as the extremists and dropping any pretence of trying to argue for any form of socialism, no matter how moderate.

The first stage was the abandonment of Clause Four, which, in theory at least, committed Labour to public ownership and a planned economy. Then came the steady onslaught on the ‘old fashioned’ values of solidarity and workers’ rights; ‘respectability’ with the businessmen and multinationals became all-important. Of course there has always been an influential section of the Labour Party that has been like this ever since its inception, distancing itself from any militant actions. The difference now is merely that the pretence of socialism has been swept away. 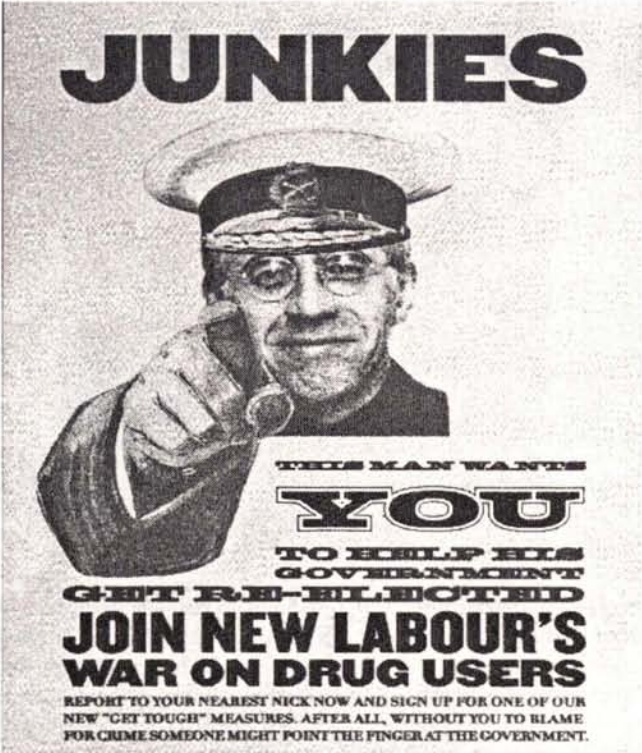 Tony Blair, Gordon Brown, Jack Straw, et al have shifted the Party to a position similar to the Democratic Party in the USA. This being Britain, there is more emphasis on social attitudes, with the ‘nanny’ wing being dominant. Indeed, recent policies on asylum seekers, drugs, the homeless and beggars have shown a marked intolerance to anyone outside of what they consider respectable society. This has been extended to a ‘we know best’ attitude in trying to control and dictate what people do in their private lives.

As in the past, the Left within the Party have reacted to all this in one of two ways. Firstly, there are those who have remained in the Party hoping to stop the swing to the right. The problem here is that they have never had meaningful influence within it. Where they have managed to get policies passed at conferences, the leadership has dropped them when there was any prospect of power.

An ever-increasing second group is now leaving the party and looking for alternatives. The Marxists are attempting to woo these ‘Independent Labour’ members to their own parties by setting up the Socialist Alliance. The groups within this have their own agendas. They have only come together for electoral convenience and consequently are manoeuvring for dominance. The Socialist Party (ex Militant) talks of building a new mass working class party to replace Labour, while the SWP argues for a more centralized structure. They hope to become the dominant force and use the Labour Party as a base for recruitment. The SWP hedges its bets by trying to build on the move towards direct action, witnessed in Seattle and in Prague, but also arguing for this to be in conjunction with a socialist alternative at the ballot box. This is a strong indication that they are seeking to bring the forces of non-hierarchical direct action into line with factional policies under their leadership.

What we are seeing outside of this is a break with representative politics of inaction and a move to direct action. This is to be welcomed but it needs to go much further, until a culture of direct action is established, with solid anti-parliamentarian democratic politics. This means more than just getting out onto the streets to protest – it means new forms of organisation based on solidarity, mutual aid and libertarian principles. The society we live in is an authoritarian, capitalist, centralised one. To replace it completely, we need to organise now in a libertarian, socialist, decentralised way. 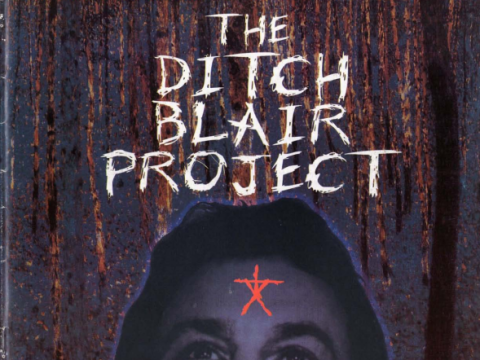 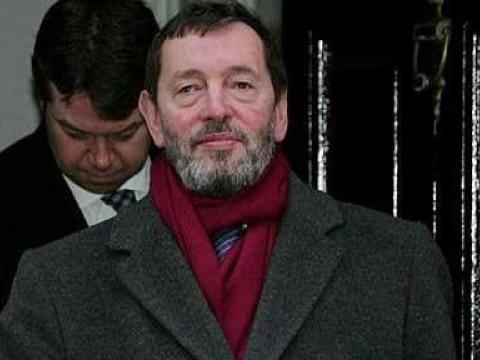 The Socialist Alliance: Is it a force worth turning out for, or is it just New Old Labour? What will prevent it simply becoming New (Crap) Labour in 70 years’ time? Solidarity Federation article from 2001. 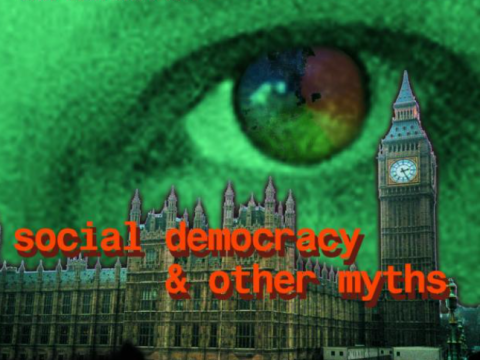