With 349 new nuclear reactors now either under construction, on order or in the early planning stages around the world, the uranium mining industry has been kicking into high gear with a glut of new extractions underway.

While in western countries mining of uranium is subject to stringent environmental and safety testing following years of campaigning by anti-nuclear groups, NGOs in Africa have been warning that huge damage is threatening for communities and delicate ecological niches there.

In particular, the recent activities of Paladin, an Australian mining company, have come under scrutiny in Malawi and Namibia as uranium mine holdings which had been held over during the last ten years of downturn in the industry are restarted.

The Kayelekera project in Malawi under construction and is set to begin operations in early 2009. The project has come under both public and legal pressure following allegations that environmental tests were fudged. Paladin is the main owner of the site, having bought out the Malawi holding company and negotiated a deal with the Malawian government which grants it a 15% stake and offers some healthcare and educational investment, in return for full exploitation rights, various tax-exemptions, a 100% capital write-off against tax and a ten-year guarantee that taxation will not increase subsequently.

Paladin want to extract some 56 million tonnes of valuable minerals within the next ten years, mostly via open-cast mining. But Malawian rights groups are angry over the project, and are trying to sue Paladin and the government for flouting procedure when agreeing the environmental impact assessment.
John Chawinga, secretary of the Catholic Commission for Peace and Justice, one of the rights groups, said: “The project to mine uranium at Kayelekera in northern Malawi could have catastrophic consequences for future generations”. The coalition believe the project could pollute Lake Malawi, Africa's third largest freshwater body and a source of clean water, fish and employment for millions.

The Langer Heinrich uranium project has been beset by similar criticisms. The mine, which was officially opened by the president of Namibia, saw strong public opposition when proposals were put to the government.

The park it is sited in is home to the indigenous Topnaar people and is a haven for 42 red-listed rare plant species. The government granted Paladin’s 25-year license despite reports finding that the environmental assessment by Paladin underestimated the radiation dose per person in he vicinity by a factor of four, noting that not only did the assessment halve the average number of breaths taken by a human being when making its assessment, but it didn’t state how far away from the site the impact would be felt, and no estimates were given for the workforce at all. Disposal of waste was also allegedly not adequately discussed and, as with Kayelekera, there are fears that underground aquifers used for drinking water could end up being contaminated.

Langer Heinrich will become the largest single consumer of water using over 1.3 million tons per year – making it the country’s single biggest user with potentially disasterous consequences in a dry country such as Namibia.

do you know much about what is going on in the congo in terms of the mineral exploitation there - I know they are taking things out of the ground to put into mobile phones etc...

Seems like a lot of the tribes are being bought off by big western powers and pitted against each other so that the civil war never ends and there is no government stable enough to step in and stop them? or push for higher prices...

over 4 million dead is obscene though! 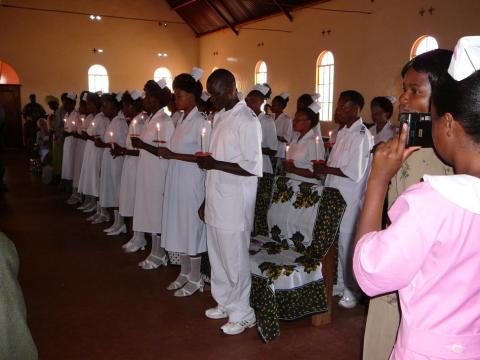 Rob Ray looks at claims that a brain drain to West is crippling healthcare across the African continent, for Freedom Press
Image 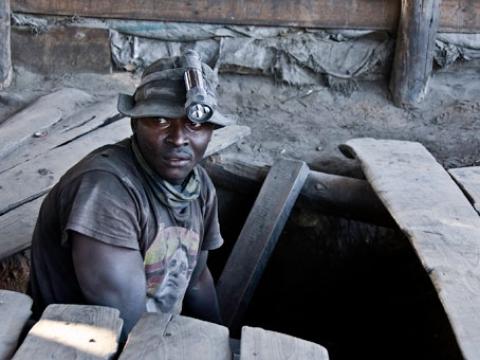 Tanzania miners: digging their own graves

A new report into the mining industry in Tanzania has exposed endemic corruption, displacement of the poor, environmental destruction and…
Image

The London anarchist bookfair is the biggest annual event for libertarians in the UK. This year was the first since one of the major organisers…
Image